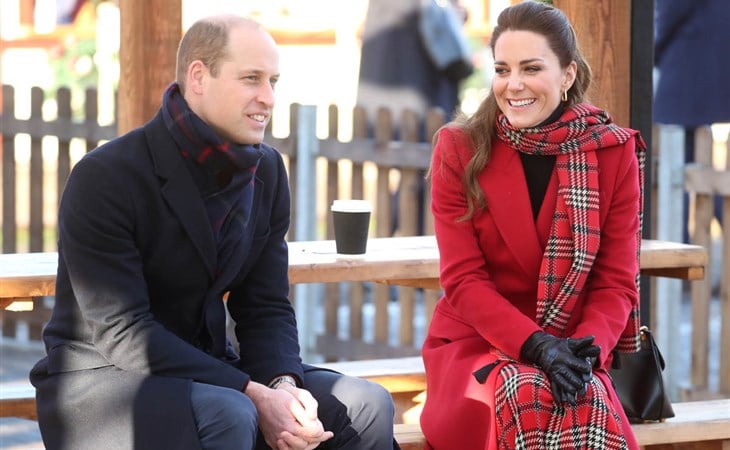 What’s in between a bomb and a hit? That’s the word I’m looking for to describe Prince William and Kate’s royal train mini tour of the UK to visit frontline and essential services workers who’ve given so much during the pandemic.

Royal tours like this are usually pretty well-received. This, however, is an atypical year. It’s been a dreadful year for almost everyone. And as we approach the holidays, many families will be spending time apart in adherence to guidelines. Travelling is discouraged almost everywhere. In one sense then, of course, House Cambridge taking the time to visit with people and personally offer gratitude is a kind of gesture. There are those, however, who think it’s rather tone-deaf to be riding around on a train from town to town when millions of people are being told to stay home.

So… like I said… medium. Medium is fair, right?

Because you cannot deny how excited some people are to see the Cambridges. There are a lot of royal fans; this is their future king and queen, and it should be acknowledged that they’re enthusiastic about the visit.

There are others, however, and politicians in particular, who don’t share that sentiment. Scotland’s First Minister, Nicola Sturgeon, didn’t seem all that into Will and Kate’s tour:

“Under current Scottish lockdown restrictions it is illegal to travel between England and Scotland without a valid reason. The exceptions to the rule include travelling for work or to provide charitable services.

In a briefing on Monday, first minister Ms Sturgeon said: "The Scottish government was advised about the intention to visit, and we made sure that the Royal Household were aware, as you would expect, of the restrictions in place in Scotland so that could inform both the decision and the planning of the visit."

However, Royal sources said the visits were planned in consultation with the UK, Scottish and Welsh governments and stressed they were working, which permits travel across the border.”

I mean, of course royal sources are going to say that. This royal tour was in service of the royal brand. And remember, the royal brand’s priority, the priority of the institution, is not to be nice to people, it’s to ensure they exist. Everything they do is in service of upholding the monarchy, which means one of the purposes of this tour is public relations. They want to look good. Is it a good look for them that Nicola Sturgeon seems to be, AT BEST, lukewarm about their visit? It’s not just her.

This is what the Welsh Health Minister said:

“But Welsh Health Minister Vaughan Gething said he wasn’t “particularly bothered or interested” when asked on BBC radio if he thought the couple should travel to Wales when the region has been seeing high COVID-19 infections.

Gething said Monday that Wales was the only part of the U.K. where infections were not falling at the end of November, and warned that further restrictions may be needed.

Asked if it was the right moment for the royal couple to visit, Gething said Tuesday: “I’d rather that no one was having unnecessary visits. And people always have divisive views about the monarchy, but their visit isn’t an excuse for people to say that they are confused about what they are being asked to do.”

And then there’s Downing St’s response:

NEW: Downing St refuses to back William and Kate's tour of the country. Asked if it was Covid compliant, PM's spokesman would only repeatedly say: "That's a matter for the Palace."

You know… if this had been Harry and Meghan’s tour, these comments would be front page at the Daily Mail and there would be days and days of coverage about this “controversy”. Will and Kate’s tour is not a smash hit. It’s not a total bust. But it’s definitely not inspiring the kind of headlines they were hoping for when they decided to do it. It’s the royal report card equivalent of a…B-? (In Canada a B- is 65%-69%.)