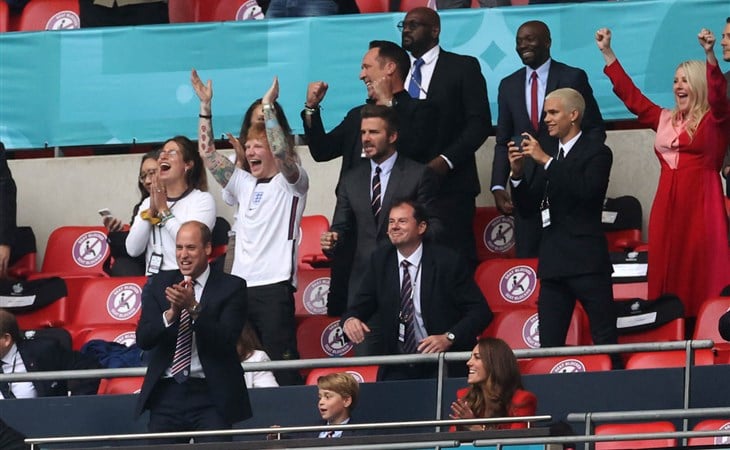 Royals and Celebrities at Euro

Big day in England yesterday as England played Germany in the round of 16 at Euro 2020 and it was a historic win. As I’ve said in the past, football is the primary sport of our household and my husband is a fan of Tottenham Hotspur so, since Harry Kane is the captain of England, that was the desired result. Although, you know, what would it take for English football fans to not boo other countries’ anthems and Black Lives Matter when their own players are taking a knee in protest of racism?

On that note, Prince William, a lifelong fan of football and the President of the Football Association was in the royal box yesterday with Kate and Big G. At one point, William was so jacked, he was seen on the broadcast with his arms up in the air, fist pumping, royal protocol be damned, which is pretty much what the announcers said in the moment. He was also seen celebrating with George, leaning down to join in on the excitement with his son. As you can see, Big G had a big smile on his face, clearly enjoying his first big international match and the performance of his… um… future subjects.

You will note in the same photo another father-son combination: David and Romeo Beckham, who is now platinum blonde, like his dad back in the day.

David, of course, was England’s captain for six years and earned 58 caps over his career so yesterday’s victory would have been emotional for him to see too, which is channeled into a kiss for Romeo, 18, yet another example of how openly affectionate and tactile he’s always been with his children.

And much love to Ed Sheeran who was also invited to the royal box and, well, dressed like a proper fan wearing an England kit. I fully support this.

In other news… tomorrow is the Princess Diana memorial statue ceremony at Kensington Palace. Prince Harry returned to the UK a few days ago and in the days leading up to the event, there’s been so much noise about the tension between them, who’s going and who’s not, who’s speaking and who’s not – even though, realistically, it’s not like there’s going to be much drama tomorrow. I mean there will be drama afterwards for sure, in the UK tabloids, some from palace sources who keep fueling these headlines and some of it bullsh-t, but on the day? William and Harry won’t be pulling each other’s hair. The story will be about what isn’t seen that what is seen. Although, really, I do wonder whether or not it’ll be a story at all because on Saturday England plays Ukraine and no matter how much the royals dominate headlines, they will not be bigger than that game. 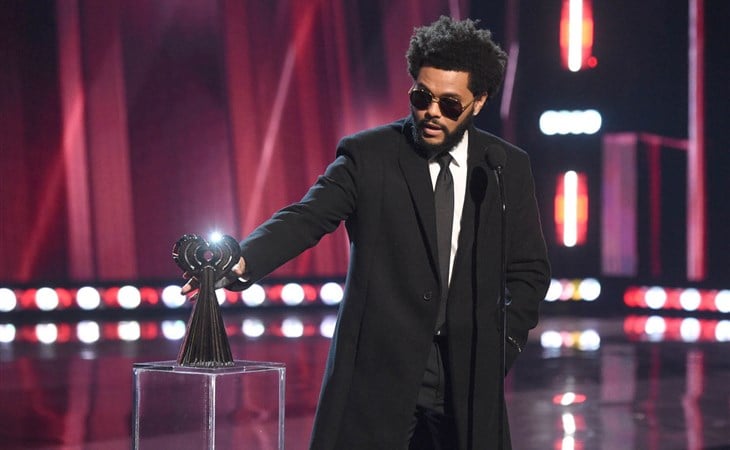 The Weeknd, The Idol, The Actor 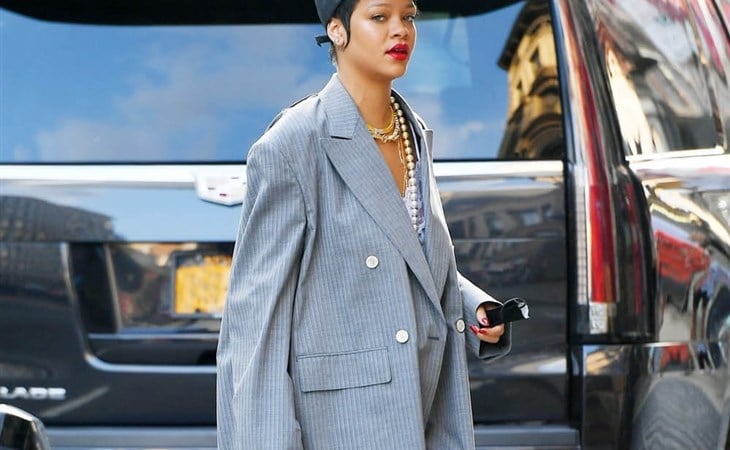