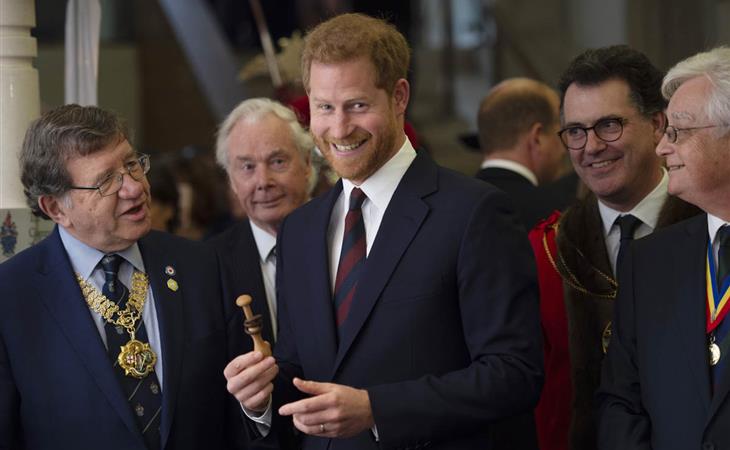 Prince Harry and Meghan Markle launched their Instagram account two days ago. Every day since there’s been a new post. Once again, it speaks to the strategy behind their social media independence, picking a week when they’d have new content to consistently capture people’s attention. Here’s the latest update – Harry was at the Lord Mayor’s Big Curry Lunch today (this always reminds me of the “turkey curry buffet” in Bridget Jones’s Diary) honouring Armed Services personnel and veterans:

The House Sussex Instagram already broke the record for fastest to a million followers. As of post time, they’re at 3.5 million and still going. It’s been a very successful week. Which means, well, some people are having a suck attack.

The Sun’s Dan Wootton is reporting that the Queen has supposedly “banned Meghan from wearing jewellery made famous by Princess Diana”. Her Majesty decides who gets to borrow pieces from the Royal Collection and according to royal insiders, she’s decided that Kate can and Meghan cannot.

Her Maj has in the past gladly loaned iconic pieces to Princess Diana and Kate — but sources say she has been less than impressed by some of Meghan’s behaviour.

Last night our impeccably placed royal insider revealed: “This is a surprising situation that has been going on behind the scenes over the past few months and has caused tension and upset, especially for Harry.

“It is at the discretion of the Queen and trusted advisers which items in the Royal Collection she chooses to loan out and to whom.

“Aspects of Meghan’s behaviour, including before the Royal Wedding, caused resentment with forces within Buckingham Palace.

“To be perfectly honest, the Queen herself was not impressed with some of Meghan’s demands, especially as a new member of the family.

“As a result, Buckingham Palace has decided that not all items from the Queen’s royal collection will be opened up to Meghan.

“As part of that situation, the Queen informed Prince William that the items from the Royal Collection worn by Princess Diana would not immediately be made available to Meghan.”

The senior source added: “The Queen likes Meghan personally but this is about the hierarchy.

“She is showing that maintaining the correct order and precedence within the family is important.

“Even if Meghan is the most popular woman in the world, she is of a lower rank than Kate.”

Those are loaded words. This a class system in a country that’s already governed by a class system. And in order to maintain that class system, in other words the status quo, Meghan and House Sussex are being checked. By the Queen? I mean, yeah, at the end of the day, it’s the Queen. But the Queen is supported by courtiers, the people hired to protect the integrity of the monarchy – in their minds, the integrity of that class system, the status quo. They are there to both carry out the Queen’s wishes and offer counsel. For months I’ve been writing about these viper courtiers and their agendas and where these leaks are coming from and why. This jewellery story is more of the same. Consider the timing too: House Sussex just flexed their popularity on social media and suddenly it’s hey, Meghan, no diamonds for you! Coincidence or conspiracy? Royal people are petty as f-ck.

But if we’re having a petty-off, well, there’s royal petty and then there’s millennial petty. If the instrument of royal pettiness is the British tabloids, the instrument of millennial pettiness is social media. For days now factions have been debating about whether or not to follow this account or unfollow that account and there’s been speculation about who Meghan’s famous friends are and are not following. Most of Meghan’s celebrity friends are following both the Kensington Palace and House Sussex IG. But… Priyanka Chopra, as of right now, is following @sussexroyal but NOT @kensingtonroyal. Same goes for Serena Williams. And I totally remember Serena used to follow KP but… not anymore…?

Two months ago, five of Meghan’s friends spoke anonymously to PEOPLE Magazine to defend her against the wave of negative press she was getting in the UK. Meghan’s friends would know about the bias. Serena, in particular, would be able to relate to that bias. Coincidence or conspiracy? 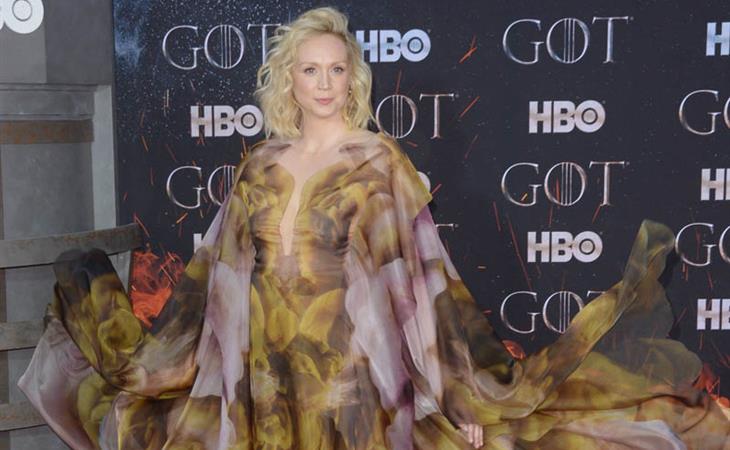 Gwendoline Christie is our Moth Queen