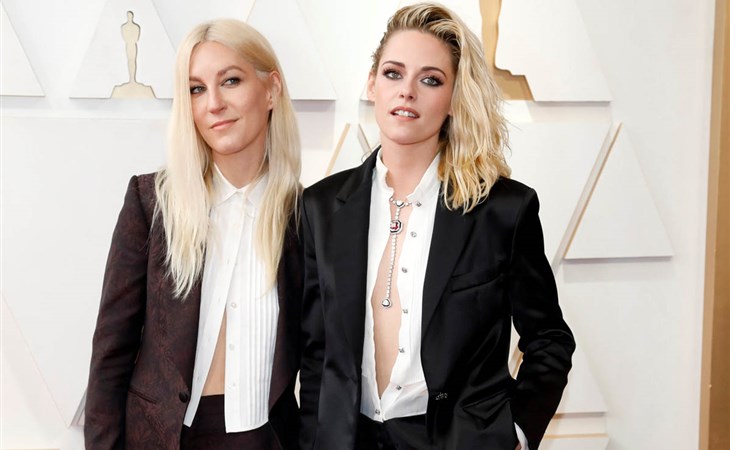 Kristen, Cynthia, Niecy, and Wanda: Queer Love at the Oscars

Look, I wish we lived in a time when it wasn’t particularly noteworthy to see queer couples on Hollywood’s biggest night. I get that dedicating a post to queer love at the Oscars could be interpreted as a form of othering. Because in an ideal world, it’d be a shrug to see queer couples on the most high-profile red carpet in the world, a totally mundane experience.

But the thing is… it’s not. And not only that, in some places they’re actually legislating to exclude queer love from reality. Lawmakers and educators want to pretend that queer couples don’t exist, that their love isn’t legitimate. So, yes, it does matter, at least to me, that at the Oscars, queer couples walked the red carpet, making it just as much of a date night for themselves as it was for straight couples. I’ve been covering the Oscars for almost two decades, and I can you tell from my vantage point, this wasn’t always the case.

And certainly not with one of the Best Actress nominees. Kristen Stewart arrived with her fiancée Dylan Meyer. They wore matching outfits, open white shirts under black blazers, all Chanel, of course. They coordinated their blonde hair. They held hands. They kissed before Dylan left Kristen to pose at the photo wall.

Kristen Stewart and at fiancÃ©e Dylan Meyers share a kiss on the red carpet at the #Oscars. https://t.co/abMq1BYSsP pic.twitter.com/5FObv4pm1D

They looked relaxed and proud. And I LOOOOOOVE Kristen’s look in particular. Because this, definitely, is a risk, especially at the Oscars. Some might say the shorts are too casual, that an Oscars look should be formal. What I say to that is that an Oscars look, for a nominee, should also be 100% themselves.

This is 100% a Kristen Stewart jam, a pure no-f-cks-to-give-anymore jam. She did her campaigning. She went out there and worked it for months. And when she finally got the show, I think she dressed in an outfit that, well, if she won, forever and ever her Oscar win would be associated with this punky look in particular and it would be a gas. And if she didn’t…well, it still works because she was totally in her own element, leaning into that “it’s an honour just to be nominated” vibe and actually meaning it.

Next – Cynthia Erivo and Lena Waithe, also coordinated in their own way. Cynthia’s in Louis Vuitton, a longer jacket half-zipped over a bra with a long skirt. We’re playing with proportions here and it’s exactly the right balance. Also, you cannot go wrong with that necklace, WOW.

But her look also works well with her partner. Lena’s in black and brown, and LOL that turtleneck with the chain reminds me of The Rock’s throwback…

Fanny pack and lean take it to a whole other level.. #90sRock #WTF #BuffLesbian pic.twitter.com/dyqCDCBEZc

And finally Oscar host Wanda Sykes with her wife Alex. Wanda isn’t the first lesbian to host the Oscars and bring her wife – Ellen did it a few years ago – but like I said, it’s still a pretty exclusive club. And for sure we can keep this streak going. 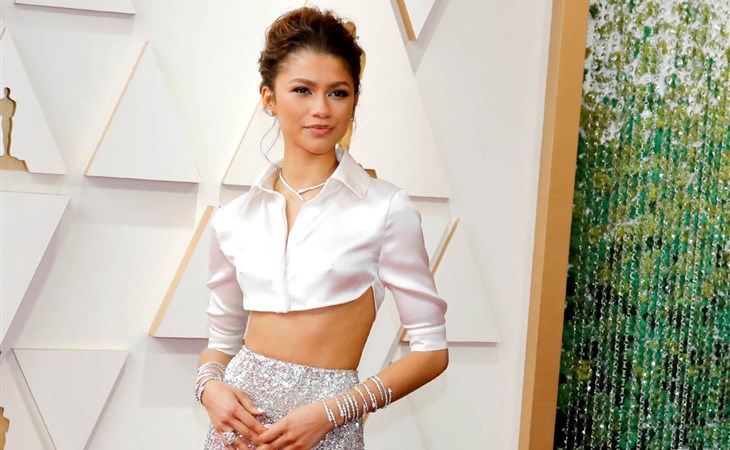 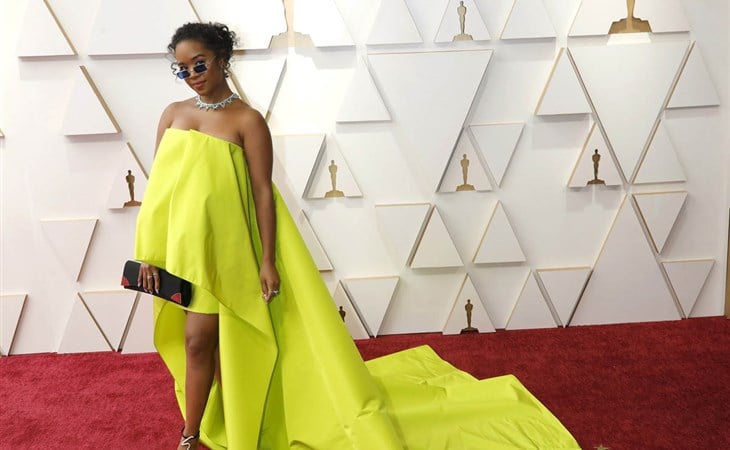