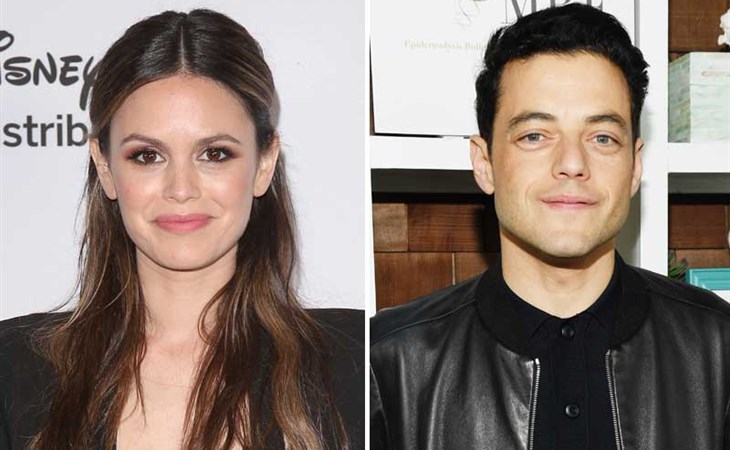 Rachel Bilson was on Dax Shepard’s Armchair Expert podcast on Monday and told a story about Rami Malek that’s been making the rounds. So Rachel and Rami went to high school together and they were friends, they did plays together, they hung out with the same friends.

During award season in 2019, when Rami was in the running for the Best Actor Oscar for his performance as Freddie Mercury in Bohemian Rhapsody, Rachel posted a photo on Instagram of them from their senior trip to New York. She tells Dax that:

“We were super nerdy, [it was] just the dorkiest picture of both of us. But I throw it up because it’s funny and I think it’s so important to be able to make fun of yourself. He had, like, a gold chain, and I’m like, ‘Rami, where’d you get the gold chain?’ Whatever. I’m just being funny, we were good friends.”

Some memories are better left in high school? Rami Malek certainly thinks so about a particular photo of him and Rachel Bilson. https://t.co/wKkyDEFvPz pic.twitter.com/7lxumjOTNp

Rachel then forgets about it until a week later, when she checks her DMs and sees a message from Rami asking her to delete the post. She recalls that Rami wrote, “I would really appreciate it if you take that down, I’m a really private person”.

So now she’s mortified and on the podcast she shares with Dax that:

Rachel is friends with Rami’s stylist (presumably Ilaria Urbinati, she doesn’t give a name) who then apparently explained to her that it’s because it wasn’t a flattering photo:

“She was like, ‘Well, it’s not a great picture of him.’ OK, I’m sorry. We were 16! It was what it was. It was right before the Oscars and I remember Josh Schwartz being like, ‘You did him dirty! He’s about to be nominated.’ And I’m like, ‘What do you mean? This was my friend, it’s a funny picture.'”

Anyway, Rachel ended up messaging Rami back to apologise, and to wish him well but he never replied. And here’s how she ended the story:

“But I was super bummed because he was always so nice and we were good friends, and I’m a big fan of not taking yourself seriously, especially at that level of fame and talent. … It’s his thing, so I respected it. I took it down. I was just a little bummed at how it was handled.”

So…what’s your read on the situation?

Since winning the Oscars, and spraying champagne all over catering staff immediately afterwards, some people have some feelings about Rami that aren’t that positive. I wonder, if he was more popular, would people be attacking Rachel? I’m happy they’re not attacking her – but you know how the internet can come for people and defend others. In this case, defending Rami would sound a lot like…she was using him for clout! He called her out! If this was, for example, Chris Evans, I feel like that would be the reaction. Then again… Chris Evans probably wouldn’t have pulled a Rami. But then again again, Chris Evans has never campaigned for Oscar. And this is how intense an Oscar campaign can be – where some contenders can feel like a high school photo might jeopardise their chances.

Obviously, in retrospect, Rami totally overreacted, and overreacted probably isn’t even the right word since it implies that a medium-to-lesser reaction might have been warranted which isn’t quite the case here either. But the way it works in the fame bubble, and if you find yourself in the even smaller Oscar bubble that’s inside the fame bubble, reality is often distorted. To the point where, when you want an Oscar real bad, and there’s a whole strategy in place for you to get there, you can look at one old photo on Instagram and worry that it’ll f-ck it all up.

Rami’s stylist’s reaction kind of supports that too, non? If the people around him are also kind of enabling it, unable to see the humour in the situation the way Rachel is, and worrying instead about whether or not a picture from 15 years ago is a good look, especially when it was taken in high school, and the stylist would have been part of that Oscar campaign intensity, you start to appreciate that there might have been a whole network of people orbiting Rami during those months whose entire perspectives were shaped by one thing and one thing only: winning Oscar.

I mean, sure, he could also just be a dick, no doubt. With no sense of humour, totally. But when you add Oscar campaign stress and pressure to that, this is what happens – drama over a throwback Instagram photo and some tea-spilling a couple of years later which actually makes Rami look even worse than what he was afraid of to begin with when the picture was originally posted. 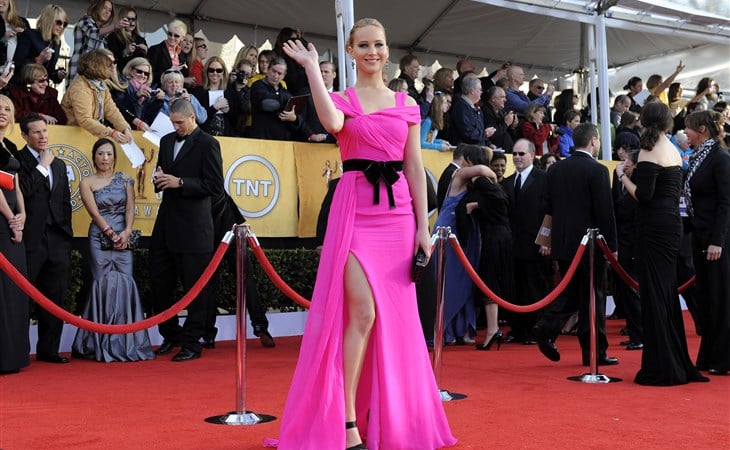