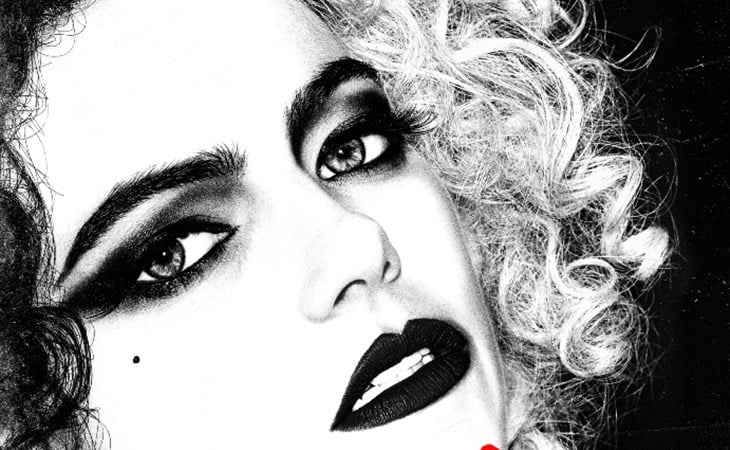 Cruella opens with a precociously malicious child named Estella (Tipper Seifert-Cleveland), born with distinctive two-tone hair and a mean streak a mile wide, repeatedly getting in trouble at school. Her mother, Catherine (Emily Beecham), pleads with Estella to be nice, to get along, to not be “Cruella”, the nickname bestowed on Estella when she acts out. For love of her mother, Estella agrees, but bullies at school must be stood up to, and so “Cruella” keeps poking out from the crevices in Estella’s nice-girl façade, fighting back against rude boys and defending her friend, Anita Darling. Oh yeah, Cruella establishes a pre-existing link between 101 Dalmatians protagonists Anita (Kirby Howell-Baptiste) AND Roger (What We Do in the Shadows’ Kayvan Novak). Her entire deal is just that she sees the Dalmatians one day and goes, “Want that coat,” but NOW she has a whole backstory with Anita and Roger that makes her later theft of their beloved dogs seem especially, well, cruel.

After witnessing a murder in childhood—involving Dalmatians, naturally—Estella runs away to London, where she grows up to be Emma Stone. There, she hooks up with Jasper (Joel Fry) and Horace (Paul Walter Hauser), two misfits who make her part of their Dickensian gang, supporting themselves with pickpocketing and scam artistry. But Estella has a knack for fashion, and Jasper manages to get her a job at a department store where, eventually, Estella catches the eye of “the Baroness” (Emma Thompson), a designer who dominates fashion with an aesthetic combining Charles James and Dior’s New Look. Estella rapidly becomes the Baroness’s go-to designer, and the two women have a Devil Wears Prada-inspired repartee. Until, that is, Estella discovers her true parentage and the role the Baroness played in that childhood murder. Then, “Cruella” comes out in full force to topple the Baroness’s fashion empire and destroy the Baroness as Estella-Cruella feels the Baroness destroyed her. Oh yeah, there are dogs, too, though the film is careful not to glamorize Dalmatians, probably fearing another run on fashionable puppies thanks to the “Dalmatian effect”.

Cruella is not BAD, per se. It is totally watchable, even intermittently enjoyable. It’s WAY too long and it completely wastes a Nicholas Britell score by burying it under an obnoxious, overplayed soundtrack of too obvious needle drops (why bother hiring someone like Britell if you’re going to render the score redundant under the soundtrack?), but the visuals are killer and the cast entertaining. Jenny Beavan’s costumes could support a Met Gala theme, and the aesthetic pastiche of midcentury and glam-punk sensibility is to die for. Both Emmas are clearly having fun and wearing the ABSOLUTE SH-T out of their costumes—Stone revels in a fashion montage that features multiple show-stopping looks. Cruella will definitely have its fans for the clothes alone, and for Craig Gillespie’s craft-first approach to the direction, which luxuriates in the sets and the costumes and the construction of heist sequences, of which there are several. It’s a great, great looking film, and at times, a fun one, too.

But Cruella is also f-cking weird. As a villainess, Cruella De Vil is one of the least complicated and most clearly understood characters in Disney canon. She’s bad because she wants to kill puppies for a fur coat, the end. Her motivation is clear, her evilness complete. We need no more information about her other than her love of fur coats and spots. And yet Cruella makes it explicit that she DOESN’T kill dogs, and actually, she is very good with them and has a doggo BFF and Dalmatians of her own. She even makes a coat from faux Dalmatian fur! Why, then, attempt to kill 101 Dalmatians later, when we have just established that she is perfectly good with a faux-fur coat? Cruella unmakes Cruella! Here, she is a completely different person who explicitly does NOT share the classic Cruella motivations of “loves fur coats” and “willing to kill puppies for fur”. This Cruella doesn’t hate dogs? And doesn’t even wear real fur?? She just WANTS people to think she’s bad enough to kill puppies??? She’s no longer recognizable for the thing that made her a villain in the first place.

Disney’s live-action remakes are a mixed bag, and Cruella typifies all the issues and conflicts that occur with these films, particularly in the Villains Division, which become even more complicated by being prequels meant to explain every last detail of very simple characters that really don’t require any shading in to understand. Cruella does what all bad prequels do, answering questions no one is asking, like how Cruella got the surname “De Vil” which we did not need to know any more than we did how Han Solo got his name, but if you separate it from its 101 Dalmatians origin, it mostly works as a PG Boss Bitch anthem for kids—girls are the target audience, but Disney is also trying to get the baby gays in line—who would rather break things than play nicely with others. It’s nice for kids who aren’t interested in princesses to have a Disney figure all their own, but as a piece of 101 Dalmatians lore, Cruella makes no sense. 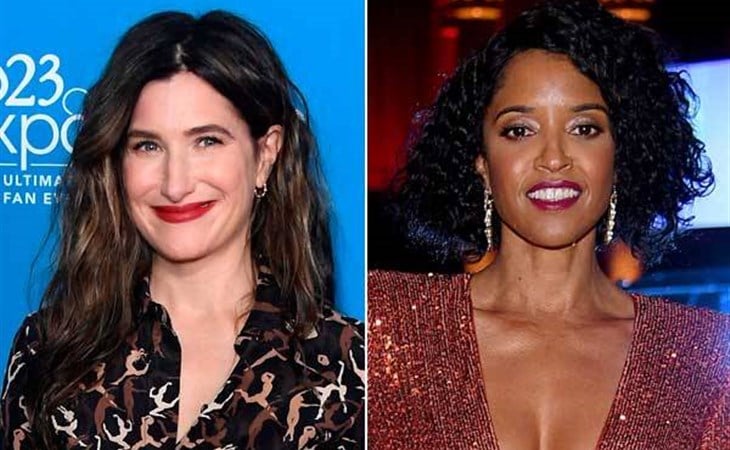 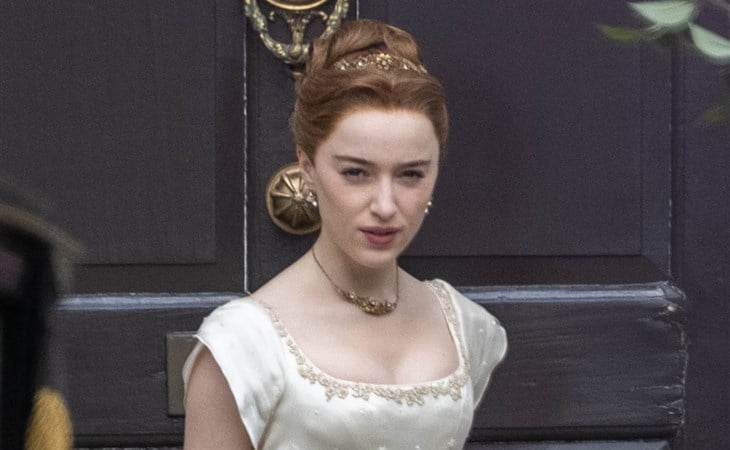