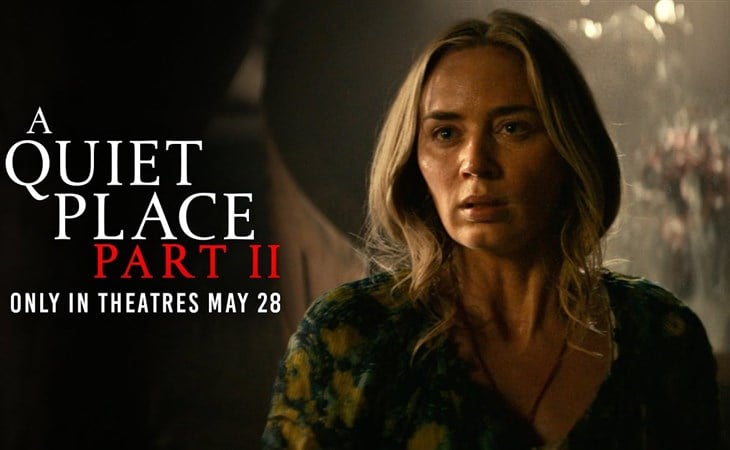 Emily Blunt reunites with her husband, John Krasinski, for a sequel to their 2018 genre hit A Quiet Place. Picking up where the first film left off, A Quiet Place Part II finds post-apocalyptic mother Evelyn Abbott (Blunt) traipsing through a silenced world to avoid alien attack. Now, though, she and her surviving children Regan (Millicent Simmonds), Marcus (Noah Jupe), and Coffin Baby (a doll, probably), have a defense system cobbled together from Regan’s cochlear implant and a portable amplifier. With a fighting chance against the aliens, they must find a new safe haven while surviving their fellow survivors. Krasinski once again directs, but this time he’s working off a script he wrote alone (A Quiet Place originated with writers Bryan Woods and Scott Beck), and while the writing is slightly less sharp this time around, over-relying on dumb horror tropes, Krasinski proves his directing meddle is no fluke. He’s not a bad actor, so it’s kind of saying something that I think he should direct more than he should act.

The film opens with a showstopper of a sequence in which we flashback to “day one” of the alien invasion. Krasinski uses long takes to traverse the small farming town where the Abbotts live, the kind of town where Lee (Krasinski) can take a bag of fruit from the grocery without paying, because he knows the grocer so well it’s understood he’ll settle the bill later. Knowing what we now know of this cinematic world, in which aliens use echolocation to find and eliminate humans, Krasinski and his sound team (led by Erik Aadahl, Michael Barosky, Brandon Jones, and Ethan Van der Ryn) play with their levels, cranking up ambient noise like traffic, cell phones, radios, and the noise of everyday life to almost unbearable volumes. It really drives home how LOUD everything is when you know silence is critical for survival. Krasinski also throws out some beauty shots of important objects like the space shuttle toy that kicks off the action of the first film, and Regan’s cochlear implant, her family’s ultimate salvation.

The alien attack sequence is so good—fast, scary, confusing—nothing else in the movie quite lives up to it, but Krasinski also misses a couple steps with it. We are introduced to a new character, a neighbor called Emmett (Cillian Murphy, channeling his 28 Days Later nerviness), who later in the “present” timeline post-attack says ominously, “The people left aren’t worth saving.” Emmett’s words are at least partially born out by a confrontation on a seaside dock (see if you can spot Scoot McNairy under his apocalypse makeup), but Krasinski does not bring Emmett’s words to bear on the people within the Abbotts’ hometown. In that opening sequence we meet several townsfolk like the grocer, a teen girl with an unfortunate cellphone, a local cop, and fellow parents at a little league game. The function of the film is to widen the lens from the Abbotts’ farm to the slightly wider world around them, so I understand we must leave town eventually. But it feels like a missed beat that Emmett’s words are in no way revisited through the townsfolk we meet in the opening sequence.

The ruthless forward progression if Part II also involves sliding the bulk of the action from Evelyn to Regan and Marcus, who do the heavy lifting in the plot. If the first film was about parental sacrifice, this film is about legacy as Regan, especially, typifies the heroism we previously saw in her father. When Marcus discovers a radio station broadcasting from an unknown location, Regan determines it must be coming from an island and sets out to find the station, to use her cochlear implant and the radio waves to help more people against the aliens. Emmett gets thrown in for a redemption arc along the way. It’s not a bad setup, but Krasinski relies on Marcus, particularly, being a dumb horror movie kid to make being stuck in an abandoned foundry with Coffin Baby an interesting plot. It’s not interesting, though, unless you start pondering what kind of demented adult Coffin Baby will turn out to be. Much more effective is Regan and Emmett on their road trip, and once again Millicent Simmonds gives a stand-out performance. She has a wonderful screen presence that perfectly suits being a compassionate but tough-as-nails apocalypse child, and her scenes with Murphy—both characters wracked with grief but unable to stop long enough to grieve—are pitch-perfect. Krasinski puts together some solid action sequences, but he has a deft touch with the emotional moments that shows a lot of growth from his previous non-genre effort, The Hollars.

If you’re a fan of A Quiet Place, then Part II will undoubtedly work for you. It’s more of the lean, spare storytelling style of the first film, and despite having an obviously larger budget, Krasinski is clever about how he uses the aliens. We see them more—they’re pretty unmistakably built on the same model as Stranger Things’ demogorgons—but he doesn’t overplay his hand, except for one sequence in the foundry with Evelyn and Marcus that again, is just not as good as what Regan and Emmett are up to. I do wonder if Krasinski keeps widening the lens on this world, if the intimate humanity of the first film can survive. It is lessened here, though it still pops out in key moments, especially between Emmett and Regan. But there is a palpable loss of emotional depth from the first film to this one, and it mostly comes from the go-go-go nature of the story and splitting up the Abbott family. The first film was so intensely about this specific group of people, as the story widens to include others, it naturally begins to feel like a new beast altogether. But A Quiet Place Part II is still an effectively tense, scary sci-fi/horror mash-up, and, as theaters are reopening, a great film to experience with a crowd. 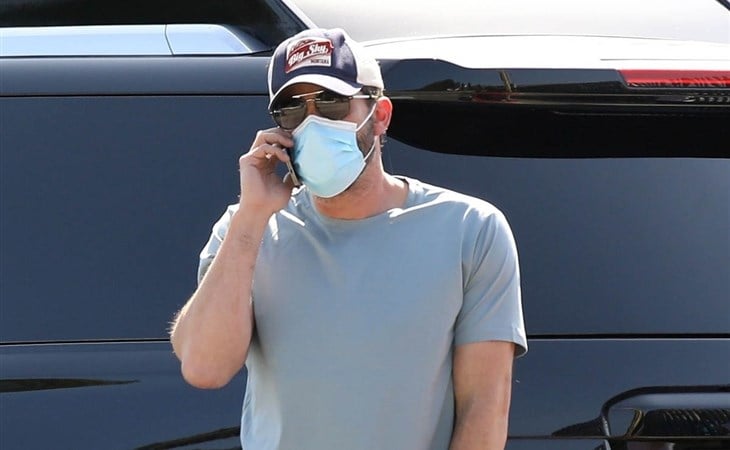