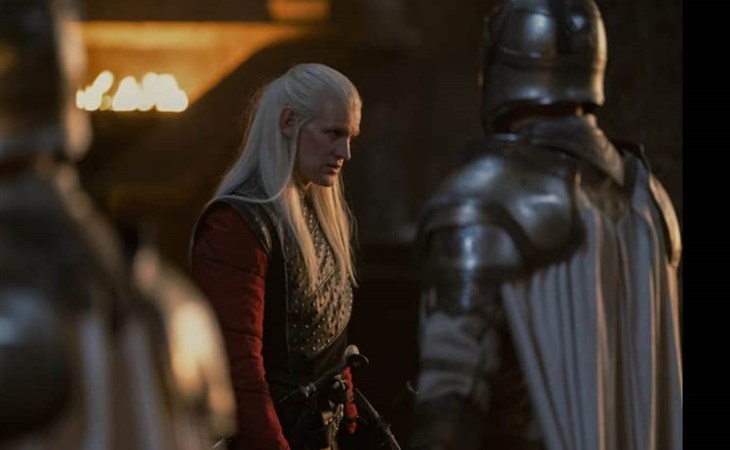 Welcome back to Westeros

The House of the Dragon has begun its reign, hoping for a repeat of Game of Thrones’ cultural dominance in the 2010s. Dragon comes from the mind of novelist George R.R. Martin and Ryan Condal, and Condal, who wrote the pilot, serves as co-showrunner with Miguel Sapochnik, who was one of GOT’s most notable episode directors, and who directs this first episode for Dragon, “The Heirs of the Dragon”. The title is a reference to the claimants of the Iron Throne approximately 200 years before the birth of Daenerys Targaryen. It’s the second century of Targaryen rule over Westeros, and things are going mediocre.

They’ve just enjoyed 60 years of relative peace and prosperity under Jaehaerys I, but that king’s reign is marred by a lack of heirs—despite fathering 13 children, all he has in his dotage is his eldest grandchild, Rhaenys (Eve Best), and his eldest surviving grandsons, Viserys (Paddy Considine) and Daemon (Matt Smith). In Jaehaerys’s waning days, a “council of lords” names Viserys, the eldest Targaryen male, as the king’s heir. Rhaenys becomes known as “the queen who never was”, and we’re to understand Westeros is a toxically patriarchal place, essentially dooming themselves to endless cycles of internal strife because they won’t accept a woman in the line of succession.

Viserys seems to be a decent if uninspired king. Paddy Considine has one of those faces capable of great sadness and warmth, and he brings those qualities forward as Viserys suffers a tragic loss of both wife and son after a difficult childbirth, leaving him without a male heir. George R.R. Martin says the bloody childbirth scene has “the kind of impact that the Red Wedding had”, but it does not because we cared about Robb Stark and Catlyn Stark, and maybe some people cared about Talisa, so it really hit hard when all of Robb’s promise and Catlyn’s planning washed away in sudden, horrible violence. Queen Aemma, however, is a non-entity. Sian Brooke is perfectly fine in her few scenes, but we have no time to invest in her as anything other than a vessel for Viserys’s much longed-for heir. Her death is inevitable, the minute she shows up heavily pregnant with the king fretting about a son, you KNOW she’s going to die. I am concerned if Martin and the showrunners think the violence is what affected people about the Red Wedding. It got the headlines, yes, but that wasn’t why that scene worked.

Much like his grandfather, Viserys is now without a direct heir. His brother, Daemon, is a violent lunatic no one wants near the throne but him, but Westeros is too misogynistic to accept his daughter, Rhaenyra (played in these early episodes by Milly Alcock), as heir. When looking for the correct Euro-centric historical reading on the “Dance of the Dragons”, the conflict depicted in The House of the Dragon, many people see shades of The Anarchy, and the War of the Roses, but this episode strongly reminds me of Henry VIII’s surviving children, and the 3D chess that followed his death between Edward VI, the Princesses Mary and Elizabeth Tudor, and poor Lady Jane Grey. It’s not a direct comparison, but the idea of a king with a wife who dies in childbirth, whose son is short-lived, whose succession falls to women who fight for power, it all reads very Tudor.

For now, though, Rhaenyra is young and unmarried and clearly having some kind of weird incest flirtation with her uncle, Daemon, who is grooming her, and her friend, Alicent Hightower (played for now by Emily Carey), is one of Queen Aemma’s ladies-in-waiting. Alicent’s father, Otto (Rhys Ifans), is the Hand of the King, and obviously plotting to get Alicent, er, close to the king. But with his son and wife dead, Viserys names Rhaenyra his heir, officially displacing Daemon, though it’s pretty clear Viserys will remarry sooner rather than later, thus giving him another chance at fathering a son. But that will keep for a future episode, as this one ends with Viserys letting Rhaenyra in on an old Targaryen family secret, passed down from king to heir for over a century.

You see, “A Song of Ice and Fire” is not the book Samwell Tarly wrote, detailing the histories of Jon Snow and Daenerys Targaryen. It’s a prophecy born from a dream had by Aegon the Conqueror, that a “terrible winter” will come “out of the distant North” with “absolute darkness”. In order to defend the world of men against this, a Targaryen—with a fire-breathing dragon—must be on the Iron Throne to lead Westeros against the threat.

Do you REALLY expect us to INVEST in another GODDAMN PROPHECY after what happened last time?! Also, this new meaning for “A Song of Ice and Fire” answers a question no one was asking. Two, actually. One being, “What does ‘A Song of Ice and Fire’ mean?” even though everyone was satisfied with, “It refers to Daenerys and Jon Snow”. And the other being, “Why did Aegon conquer Westeros?” I PROMISE that “he saw that he could and so he did” is a good enough answer. History is loaded with power-hungry men conquering the land next door, or across the sea, for no better reason than that. Adding a prophecy to it changes exactly nothing about either our historical understanding of Westeros or the events we’ve already seen play out in Game of Thrones.

Besides, Daenerys’s drive was to reclaim her family’s lost throne, at no point did she talk about fulfilling a family prophecy to save the whole world from some Northern threat. Even when presented with that reality, she didn’t mention it, so it is unlikely Daenerys even KNEW about this prophecy, which means this is DEAD KNOWLEDGE. Viserys revealing Aegon the Conqueror came to Westeros to save the world has no effect on anything, it’s a pointless addition meant to get us talking about whether or not the prophecy applies to Daenerys or Jon Snow, but it DOESN’T MATTER, because that which will happen has already happened and nothing that occurs within The House of the Dragon will or can change that. It’s like the worst version of time travel! We can go back in time but make no material changes on the future-present (aka, the Avengers’ version of time travel).

This WHOLE SHOW is predicated on a meaningless prophecy meant to justify its existence when no justification is needed. This episode does a GREAT job establishing the world of Viserys’s court, we immediately understand the key players and their ambitions and desires, the stage is set for plenty of machinations, there are TWO cool dragons (Syrax and Caraxes), and the sound design is AMAZING. Also, shout out to series composer Ramin Djawadi, who remixes his own themes from GOT into a new and beautiful score. It also looks pretty good, barring some bad wiggery and a couple criminally underlit scenes (no surprise coming from the team behind “The Long Night”). Dragon doesn’t actually need this new prophecy—that adds and changes nothing—because there is enough human drama to drive the story.

But between this and Martin’s comment about the Red Wedding, I am desperately afraid everyone misunderstood why GOT took off like it did. Sure, “tits and dragons”, and yes, there was lots of guessing and theorizing about “the prince that was promised”, but really, it was about the CHARACTERS. “The prince that was promised” wasn’t about the prophecy itself, it was about favorite characters and how they might figure into the story’s climax. (And it’s one reason people were so let down by the finale, after all that buildup, Jon Snow didn’t do anything cool. At least this time, we know there’s nothing cool to be done because that Northern threat is still a couple centuries away.)

The House of the Dragon has fallen into the prequel trap of answering questions no one was asking and has laid its whole premise at the feet of a prophecy that does nothing for the story. Some will say it “adds to the lore”, and sure, create that Wiki page, but knowing Targaryens believe themselves to be the saviors of the world doesn’t change anything about Daenerys Targaryen because she didn’t know that. It’s like finding out that Rocky’s favorite color is blue. Neat, but it doesn’t change the outcome of his fight with Apollo Creed. There is a lot to like about The House of the Dragon in its first episode—great acting and interesting characters and dragons—but it’s impossible to care about any of it because it’s already a show about nothing.

The House of the Dragon airs new episodes on HBO Sundays from August 21, 2022. 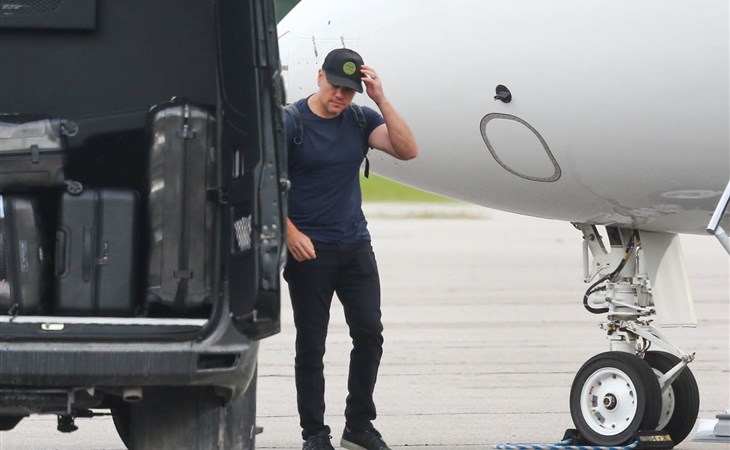 Bennifer Wedding: Guests and a No-Show 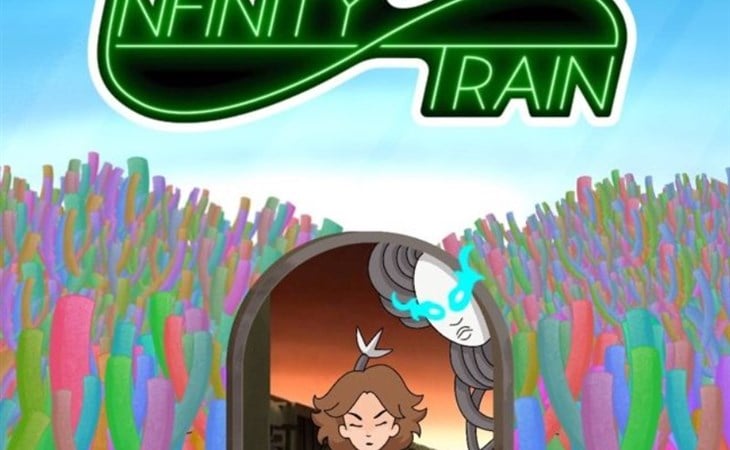