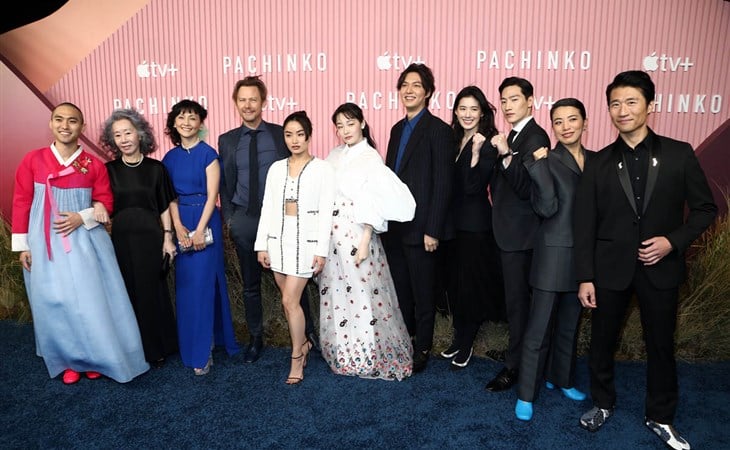 Apple TV’s Pachinko, adapted from Min Jin Lee’s acclaimed novel by the same name, starts streaming on March 25 with the first three episodes dropping right away and then one a week until all eight are released. Reviews so far have been really strong. Rolling Stone called it “one of the best things on TV” and IndieWire says that it’s a “gorgeous family drama that’s the closest TV can get to a shared memory”. And this is a series with lots of subtitles, in different colours too, because we’re dealing with multiple languages: mostly Korean, Japanese, and English.

Apple’s put a lot into this one, with a first season budget (they’re hoping for a four-season run) that reportedly exceeds what HBO was spending on Game of Thrones. Because while Pachinko is for sure a family drama, it’s also a sweeping epic across generations and continents with an international cast and crew, directed by Kogonada and Justin Chon, that could possibly be contending for awards. Squid Game, as we’ve seen, has broken through the North American awards system this year and is still eligible for Emmys contention in September. Pachinko will also be eligible. Do we live in world where two non-English language drama series could be contending for Best Drama?

There’s still a ways to go for that, and showrunner Soo Hugh is aware of the pressure, telling Vanity Fair that she:

“…feels the responsibility of shepherding a barrier-breaking show and what it could mean if it fails after its debut, not just for the future of this series, but for the fact that it means other shows like this one could lose out on the opportunity to be made. “I wish I could say that it was just a question for Pachinko to bear, but just because we are on the vanguard of this, I feel a lot of responsibility, of not wanting to be the show that sunk it all for a while.”

Given the critical response so far, the quality is obviously there, now it’s a matter of momentum and attention. One of the ways Pachinko might attract that attention is through its cast, including reigning Best Supporting Actress Oscar winner Youn Yuh-jung and superstar Lee Min-ho who were both at the premiere last night. Lee Min-ho is one of the most famous actors in East Asia, one of the most followed celebrities from South Korea. Korean content is now far past niche – not when you consider that the streaming giants are now competing with each other to invest in Korean production and talent after seeing the success of how Netflix’s steady strategy over the last few years has paid off. Netflix’s extensive library of Korean series is one of the big reasons for its growth, a development that mainstream media outlets didn’t bother paying attention to, which is why this might be news for some of you reading this. But the audience is there, all around the world. And to go back to Lee Min-ho, he’s just as big of a celebrity as Jake Gyllenhaal, for example, and many of his western counterparts, who may seem to get more mainstream coverage, at least when you consider “mainstream” through a North American lens.

Interestingly, Natalie Portman made a surprise appearance last night at the premiere. I’m not sure exactly what her relationship to the production is, or if there even is one, but she posed on the carpet with Theresa Kang-Lowe so that may be the immediate connection.

Theresa Kang-Lowe is a power player in Hollywood. She was an agent for a number of years, the “first Asian American to be promoted to partner at WME” and the “first Asian American woman to launch a management and production company with an exclusive deal” (with Apple) through her Blue Marble Pictures and Blue Marble Management companies. She is one of the executive producers of Pachinko and also represents Alfonso Cuaron and Lena Waithe, among others. This woman is a baller. Baller enough to bring out Natalie Portman for her first public appearance of 2022. 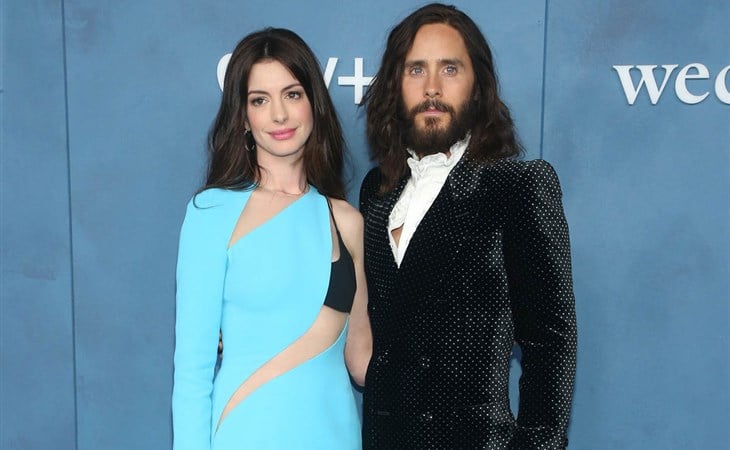 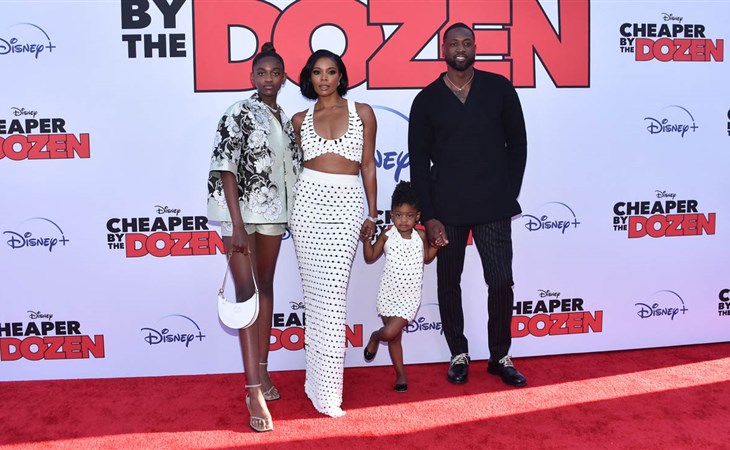