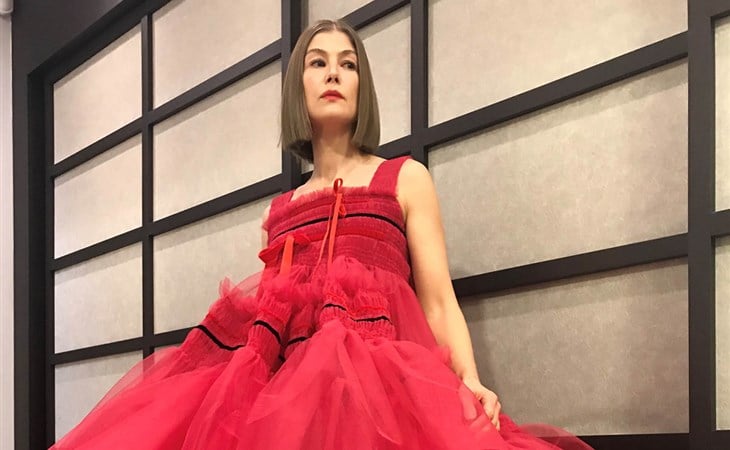 A Red Dress for Rosamund Pike

I am… a little bit afraid of Rosamund Pike. And I think that’s OK. I think it’s a compliment about her performances, how she can be subtly sinister. Rosamund doesn’t rely on predictable ways of conveying danger (ahem, Jared Leto); rather it’s the way she can turn an innocent word in something lethal. She could, for example, probably weaponise the world “puppy” without raising or lowering her voice. It’s why she was so good as Amazing Amy. It’s why the ironic title of the film, I Care A Lot, perfectly matches up with her skillset. The whole point is that her character doesn’t give a sh-t, but my God does she ever sell the sh-t out of giving a sh-t.

She won Best Actress in a Musical or Comedy last night for her performance – and it’s possible that it could set her up for another Oscar nomination (her first was for Gone Girl). She’s still considered a longshot but I do wonder if this win might give her a late edge over Vanessa Kirby in Pieces of a Woman. I Care A Lot is doing strong business on Netflix and is now considered a “breakout hit” in these pandemic times, the most-watched movie on the platform since its release almost two weeks ago. That’s exactly the kind of timing you want heading into the Oscar nomination period which happens to start this Friday. The momentum is on her side. I don’t know if that speech worked but the win definitely helps. Duana noted that it was the joke about America’s broken legal system and that it would have played better to a crowd, especially since Rosamund’s delivery was so dry. But also… that’s Rosamund. That’s what makes her such a silent killer of an actress.

And that’s why I LOVE this whole look on her. It so suits her. A flouffy, frothy dress that’s aggressively red – with combat boots, exactly my style jam. When you have combats on, you wear everything else differently. Rosamund is stomping, not stepping. She’s not concerned about her posture. Or being pretty. Don’t you dare ask her to smile. And would you want to f-ck with her? 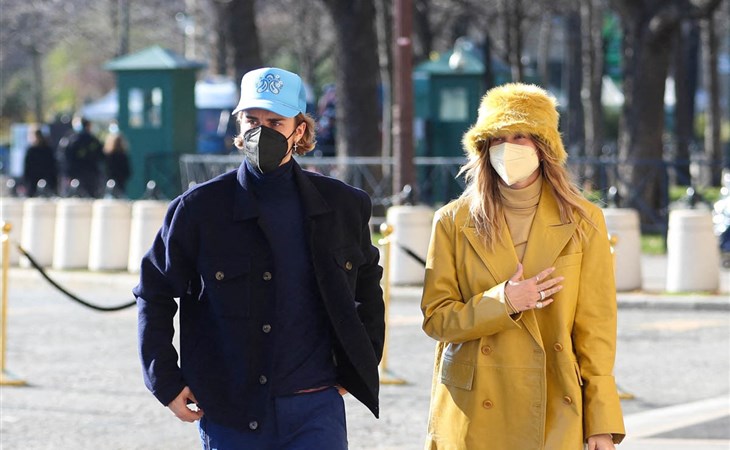