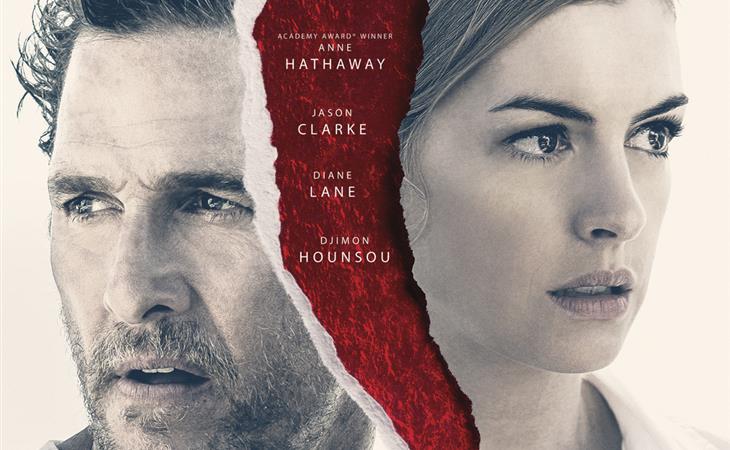 Oh boy, is this one of the craziest movies I’ve seen in recent memory. I mean, we’re talking Book of Henry levels of insane. There will be spoilers, because to fully appreciate how bugf-ck bonkers Serenity is, you have to know the twist. It is almost indescribable, but I am going to try because Serenity is not just a movie, it is an EXPERIENCE. To see this movie is to question your own reality. It will make you wonder if you nodded off and missed like, forty minutes of exposition. It will baffle, enrage, and ultimately enthrall. Serenity is a disaster, but it’s so bad it crosses into fascinating. If you abandon yourself to its twists and increasingly improbable turns, you might love Serenity for the sheer breathlessness of its madness. It is willfully, proudly, gloriously bad, a virtual cinematic peacock preening its own insanity with unapologetic abandon.  Serenity is an ugly darling, destined for so-bad-it’s-good cult status. I kinda love it.

Matthew McConaughey stars as Baker Dill, which is the kind of name that only exists in bad movies set in a Hollywoodized seedy tropical locale, and Raymond Chandler fan fiction. Dill is a fisherman in a vaguely seedy tropical locale, the kind of place that is Jimmy Buffet run-down—you know, sort of charmingly dilapidated but not actually skeevy. Dill’s quest is to catch a giant tuna he calls “Justice”, and no, Serenity has never met the concept “subtle”. But the on-the-nose-ness of Serenity works at first, kind of. McConaughey is doing a blatant riff on a noir tough guy, all gritted teeth and scrunchy eyes. Anne Hathaway shows up as his ex-wife Karen, with a breathy voice, blonde hair, and a series of hats. She does an almost sardonic take on a classic bombshell. It feels deliberate, and at first you think Serenity might turn out to be some kind of parody. Boy are you wrong, but for a little while, at least, Serenity passes for a real movie.

Intercut with Dill fishing is Patrick (Rafael Sayegh), a boy locked in his room, working on his computer, while his step-dad beats his mom in the next room. This is where Serenity crosses into inter-dimensional weirdness. You see, Karen is Patrick’s mom, and Dill is his dad, but they split up and now Karen is married to Frank (Jason Clarke), who beats her and whom Patrick (understandably) hates. But he is not alone! For Karen hates Frank, too, and is looking for a way out of her marriage, which is how she ends up on Dill’s, er, dock, asking him to murder her husband. Dill is not at all sure about this plan. He just wants to fish! Why is his world changing into a murder noir?

And this is where Serenity stops being a real movie and becomes a piece of abstract art. Because you see, Dill’s world isn’t real. Dill isn’t real! He is a VIDEO GAME CHARACTER. Patrick, working at his computer, is creating a fishing game in which Dill is the protagonist. And! Extra twist! DILL IS BASED ON HIS DAD. WHO DIED. So, yes, Serenity is a “movie” in which the protagonist turns out to be a video game character based on a kid’s dead dad, who is so desperate to be saved from his abusive home life he turns his fishing game, which at first seems like a sad, lonely memorial to his largely unknown father who died overseas, into a murder mission to relieve him of his violent stepfather.

But wait, there’s MORE! Because Patrick is also programming sex scenes into his game, which is like…no words. Just, none. Dill has encounters with Constance (Diane Lane), a non-player character, and then he has a really awful and, in hindsight, Freudian hate-f-ck scene with Karen in which Dill declares “I win” at the end. Still worse, within the game, it is implied that Karen is a golddigger who abandoned Dill for wealthy Frank, so besides the very f-cked up sexual dynamics he is bestowing on his parents, Patrick also blames his mother for their predicament. The only problem is, we don’t actually know why Karen married Frank, in the real world. We know that the real Baker Dill died, and Karen remarried a construction worker who turned out to be abusive. And while there could be a gripping drama about a mother and son grappling with her choice which has brought them pain, that is not what Serenity is doing. I don’t know what Serenity is doing, but it is certainly not bestowing any real humanity on Karen. Start thinking about the movie’s subtext regarding women, and very quickly you fall into a deep, dark hole of misogyny.

Serenity is the brainchild of writer/director Steven Knight, who previously made the Tom-Hardy-on-a-phone thriller Locke, which is actually good. It seems like Serenity was meant to be another high concept drama, but it is SO bonkers it sails right past “good” and lands in “abstractly insane”. And I haven’t even gotten to Old Wes, or Constance and her cat, or The Rules, or the subplot about Dill getting a free fish finder, or the weird fixation this movie has with Anne Hathaway’s skin. Even without the video game twist, Serenity would be bonkers. But then the video game twist happens and you will temporarily leave your body from the amazing weirdness of it all. Once seen, it cannot be unseen. You will never forget it. It will imprint on your brain until you, too, are left howling into the bitter wind, But what was the deal with Sampson? Serenity defies logic. It defies reality. It defies banal concepts like “good” and “bad”. It must be experienced to fully comprehend its madness. It might be the worst movie of 2019. It’s certainly going to be one of the most insane. 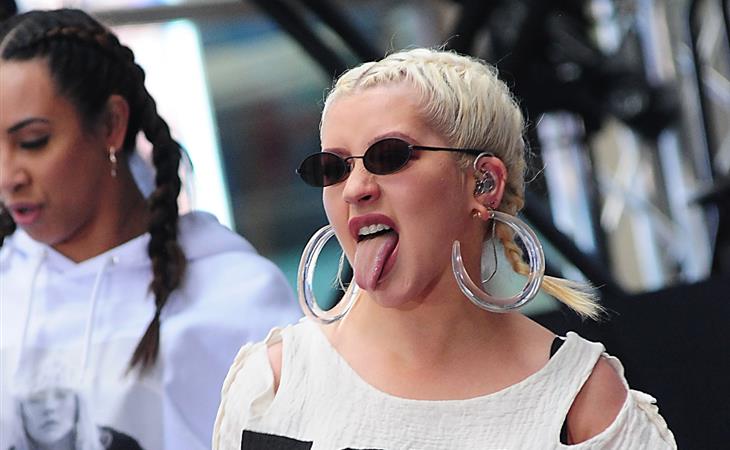 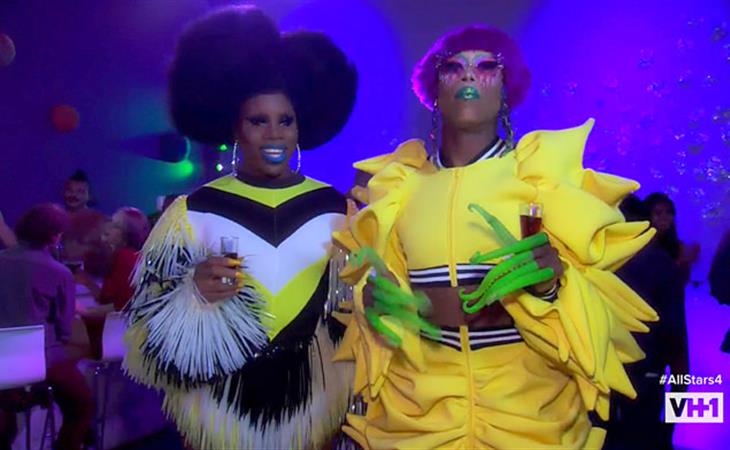