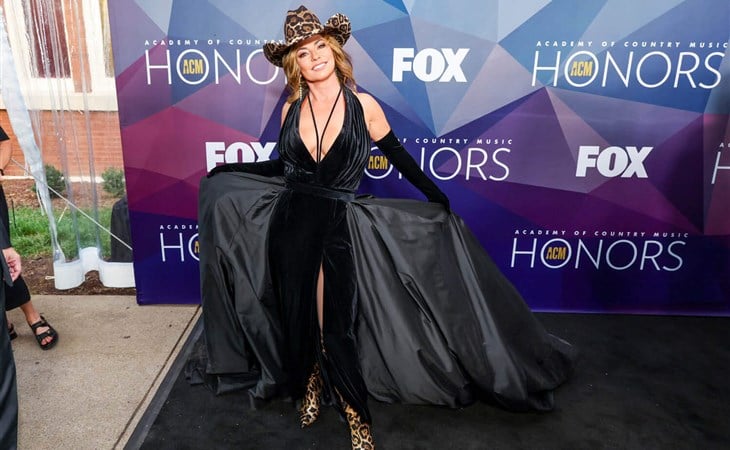 Shania Twain received the Academy of Country Music Poet’s Award last night at the ACM Honors – I mean nobody needs to explain why she deserves this but I just want to point out here that “Man, I Feel Like a Woman” is one of the best song titles, and lines, ever, of all time – and as you can see, Shania came as… Shania.

On the red carpet, it was a leopard print cowboy hat, with matching high boots, and a black dress. So Shania. On stage it was a sheer and velvet gown patterned like tiger print with a tricked out high collar and drape sleeves bared at the shoulders – SO Shania.

Everyone, it seemed, came as Shania, from Avril Lavigne who paid tribute to Shania style’s (“That Don’t Impress Me Much”) but also didn’t compromise her own style, which is the best way to do it…

…to Kelsea Ballerini who actually wore the white sequined dress that Shania wore to the Grammys in 1999.

Shania, of course, was consulted beforehand and gave her blessing so no controversy here unlike, um, you know, the other example of wearing someone’s dress.

And here’s the point where I tell you that when I went to the Country Music Hall of Fame in Nashville a few years ago, my FAVOURITE exhibit was the Shania space. I might be biased because I’m Canadian but I stood there for a looooong time looking at all her pieces. If you’re heading there, make sure you make the time specifically for Ms Twain. It’s worth it! 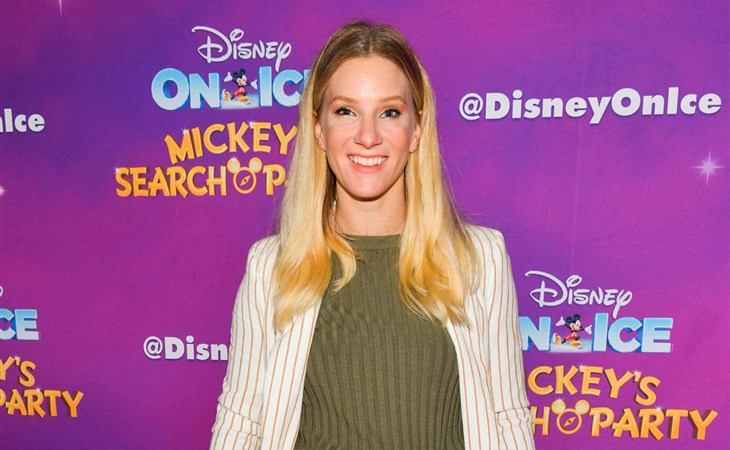 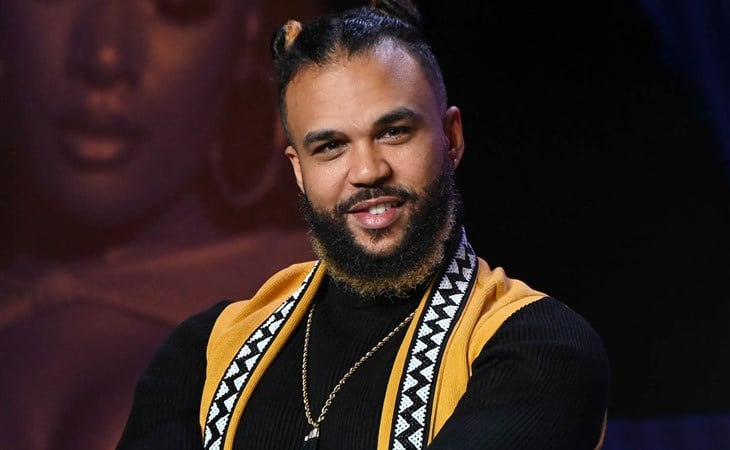 Jidenna is the latest celebrity to talk non-monogamy

Netflix’s 'Shania Twain: Not Just a Girl' gave me Behind the Music nostalgia