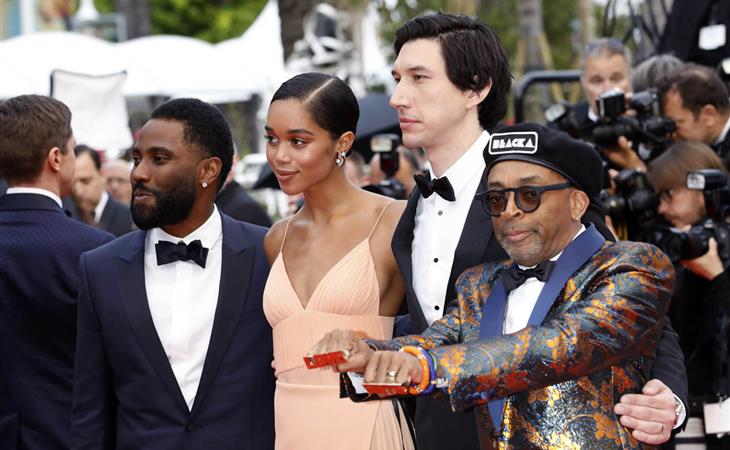 Spike Lee was back at Cannes for the first time since 1991 for Jungle Fever. For his return, Spike premiered his latest joint BlacKkKlansman. The film was received with a 10-minute standing ovation. Critics are calling it Spike’s best film in years. There is even talk that BlacKkKlansman will win the festival’s prestigious Palme d’Or, an honour Spike has never received but says he was “robbed” of in 1989 for Do The Right Thing. Whether he wins or not, the buzz for BlacKkKlansman is STRONG.

The film is based on the fascinating true story of Ron Stallworth, the first black detective to join the Colorado Springs Police Department in the 70s and his plan to infiltrate the Ku Klux Klan. Ron Stallworth is played by John David Washington (yes, Denzel’s son). Stallworth makes contact with the Klan over the phone and sends his white partner to pose as a member of the KKK in person. That partner is played by Adam Driver. Topher Grace plays notorious racist piece of sh-t and KKK leader, David Duke. The film’s first full trailer dropped yesterday to coincide with the Cannes premiere and it looks like it’s going to live up to the hype. It also stressed me the f-ck out. Watch the trailer and meet me on the other side.

This looks like a classic Spike Lee joint, which means that there will be humour mixed in with the hard sh-t. I’m excited but I’m also nervous, not just because Spike’s recent joints have been underwhelming. It’s going to be a tough watch. THR’s description of the final moments of the BlacKkKlansman Cannes premiere is why this trailer made me break out in a cold sweat.

The film's last sequence was one of the most emotional finales to hit Cannes in recent memory, splicing in real footage from the events in Charlottesville.

It seems like almost every movie that deals with anything horrible these days is touted as “the movie we need right now.” It has been said so much that it has become a cliché. TIME hails BlacKkKlansman as the movie we need right now and they’re probably right (although I am waiting patiently to hear what black critics think of the film) but the reason we need it right now is because militant white supremacy feels like it hasn’t been this emboldened, exposed, or accepted since the 1970s. Spike Lee deliberately used footage from Charlottesville as the “coda” to his film to make a point.

There is footage in the film’s coda of the death of Heather Heyer at the hands of “alt-right” Nazis that has never been seen before. Spike Lee says he cleared the footage with Heather Heyer’s mother. BlacKkKlansman seems like it IS the movie we need right now and that’s f-cking terrifying. We all know why but at Cannes, Spike Lee gave an emotional, profanity-laced five-minute speech about exactly why he made this movie and why it is so necessary.

“And we have a guy in the White House — I’m not gonna say his f-cking name — who defined that moment not just for Americans but the world, and that motherf-cker was given the chance to say we are about love, not hate. And that motherf-cker did not denounce the motherf-cking Klan, the alt-right, and those Nazis motherf-ckers. It was a defining moment, and he could have said to the world, not just the United States, that we were better than that. The so-called American cradle of democracy, that’s bullsh-t. The United States of America was built on the genocide of native people and slavery. That is the fabric of the United States of America.”

Where’s the lie? Spike also said, “I know it in my heart, we’re on the right side of history with this film.” 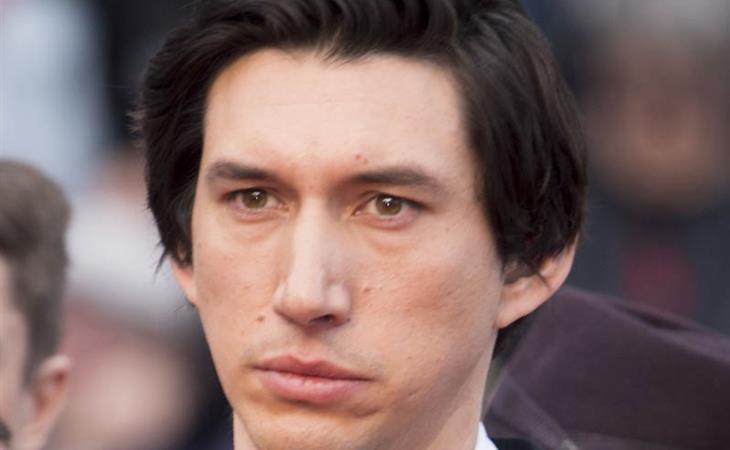 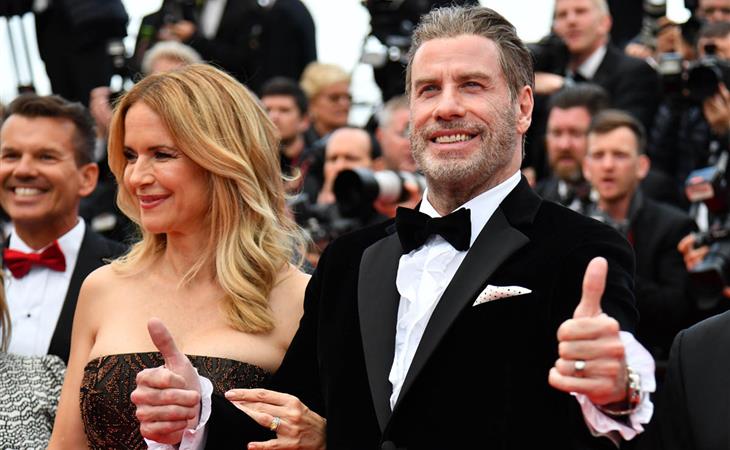