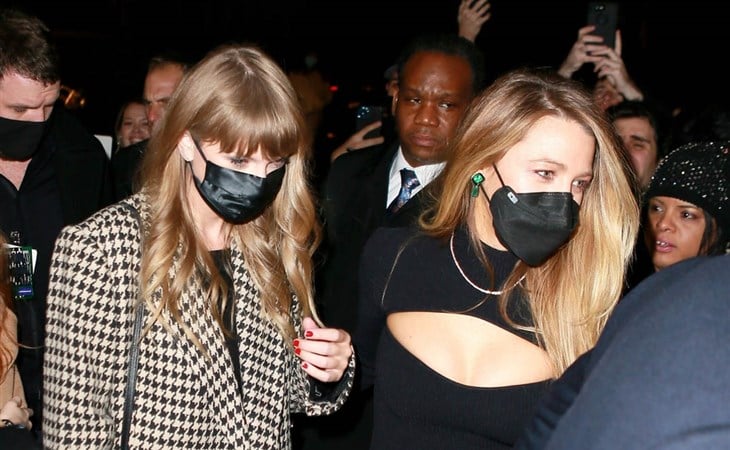 A project that started out with so much bitterness for Taylor Swift has become a celebration – a joyful, exuberant coronation of herself and her talent. It’s an extraordinary achievement, and exactly the right move and mood for someone who’s been as famous and successful as she has for this long, because of her seemingly limitless songwriting talent, but also because of how much gossip she has given us, and the way she’s worked that gossip into her music. This is not easy, and somehow Taylor finds a way to keep doing it, all too well, ha.

But to go back to the mood and the bitterness, the energy that Taylor is serving right now, as she releases Red (Taylor’s Version), part of the ongoing process to re-record her back catalogue and devalue her own masters, which she does not own, is to approach the projects with a renewed delight in her own material, even though the initial reason for the endeavour came from some a negative place. She has turned a personal setback into a way to deepen her connection with her fans, revisiting these old songs in community, and rewarding them with songs from the vault, and with familiar favourites that have now been mythologised over time. In the process, instead of simply going backwards, she has pushed her own boundless creativity forward – so that the work feels familiar but also fresh. Red (Taylor’s Version) is a major win in that it’s both past and present, a tribute to the songwriter she was, and a testament to the powerhouse she is now.

And of course, as expected where Taylor is concerned, she’s mixing gossip nostalgia and spilling piping hot new tea as part of the promotion. It’s smart, it’s fun, she is operating at her highest levels right now. And when Taylor’s in this groove, it’s great for the culture.

Red (Taylor’s Version) dropped on Friday. To generate the maximum amount of heat for the release, she led with the extended version of “All Too Well”. “All Too Well” is considered by fans and critics both to be one of the best songs in her prolific catalogue. It is widely believed to be about Jake Gyllenhaal, and she revealed many years ago that when she first wrote it, it was ten minutes long and was cut down for time on the album. This is the most noteworthy bonus on Taylor’s Version, something her fans have been wondering for years whether or not they’d ever hear it. Its long-awaited launch was accompanied by a short film directed by Taylor herself, starring Dylan O’Brien and Sadie Sink, basically acting out of the lyrics to the song – or, rather, the course of Taylor’s relationship with Jake. Dylan is unmistakably styled like Jake (the grey henley, the beanie, the facial hair) and while we have seen the pap shots from back then of Taylor and Jake with their arms around each other holding their coffee cups framed by the colours of New York in the fall, in this film, she’s basically recreating their romance and breakup montage. She’s giving us the most insider look into what they had, how into her he was until he wasn’t. What “casually cruel in the name of being honest” (one of her best lyrics ever) actually looks like.

While that line is already very well known though, the new lyrics that extend the original from five-ish minutes to now ten plays better now than they would have if she’d let us hear them back then. Not only because she’s well moved on and is singing in 2021 from a different perspective, with the benefit of healing and hindsight, but also because in looking back, her foresight is that much more pronounced.

His “F-ck the Patriarchy” keychain, the reveal that he broke up with her and then came back only to do it again. And of course, the scorcher:

“And I was never good at telling jokes

But the punchline goes

But your lovers stay my age”

God that’s good. Precisely because she IS older. It’s why you hold the blow, you wait for maximum impact.

Taylor wore a purple velvet suit to the premiere of the short film on Friday and then the next day, on Saturday Night Live, she performed “All Too Well” in one mesmerising ten-minute set with the film playing behind her, a departure from the standard two performance situation we normally see on the show. It’s a challenge to hold an audience for that long on one song – and for me, she nailed it. Taylor is such an effective lyricist, aka storyteller, that “All Too Well” did not feel too long, not at all. Not in this medium. It’s live television, it’s live performance, and SNL is one of the only, if not the only format that consistently allows for this to happen on TV. That’s not to say that every entertainer should be given that long of a slot, but in Taylor we have one of her generation’s best songwriters, and a song in particular that’s captured so much cultural imagination, I feel like if there was anyone complaining, it might have been the song’s subject, LOL, and the men who sympathise with him.

But it’s not over for Jake with “All Too Well”. There’s another track on Red (Taylor’s Version) that’s also speculated to be about him, from Taylor’s vault, called “I Bet You Think About Me”. Taylor describes it as a fun “drinking song”, to capture that stage after a breakup when you’re like, f-ck that person, they don’t know what they lost, I don’t give a sh-t anymore…or at least trying to convince yourself of it.

Listen to the World Premiere of "I Bet You Think About Me" by @taylorswift13Â featuring @ChrisStapletonÂ all weekend on Country 102.5! The song was written in Massachusetts ðŸ¤¯ #IBetYouThinkAboutMe #RedTaylorsVersion pic.twitter.com/OmV5vK6csZ

I mean, there’s a lot of tea in these lyrics too, about her ex and his smart ass friends and their smart ass conversations making her feel like she wasn’t good enough but in addition to the bonus of releasing the song, she announced yesterday that there will be a video too.

As I’m writing this post before the 10am ET Monday drop of the video, we’ll cover it tomorrow but there’s still much to discuss ahead of its release. The fact that Blake Lively is making her directorial debut – well they’ve been close a long time, Blake and Ryan Reynolds attended the SNL after-party on Saturday in support of Taylor’s triumphant return to Studio 8H, but what makes all of this extra intriguing is that…

Taylor and Blake are friends. And Ryan and Jake are friends. They’ve done a movie together, they’ve done social media bits together, and sometimes Hugh Jackman is part of it, they presumably spend time together in New York, where they all live. Which means that Blake has to have spent time with Jake, too. And now she’s directing Taylor in music video for a song that’s widely presumed to be about Jake just as Taylor’s been putting Jake on blast all weekend.

Or… you know… is it possible that Blake played peacemaker? Is it possible that now that everyone has moved on and is over it and Taylor can look back at the relationship only for how it inspired one of her greatest artistic achievements that they can pull off the ultimate turnaround and have Jake make a cameo? I mean it’s a stretch for sure. But if there’s one way for everyone to put this behind them …

Taylor’s managed to turn a sh-tty situation over her masters into such a fun celebration of her music. Imagine what this does for gossip culture if she does the same with one of her most infamous heartbreaks.