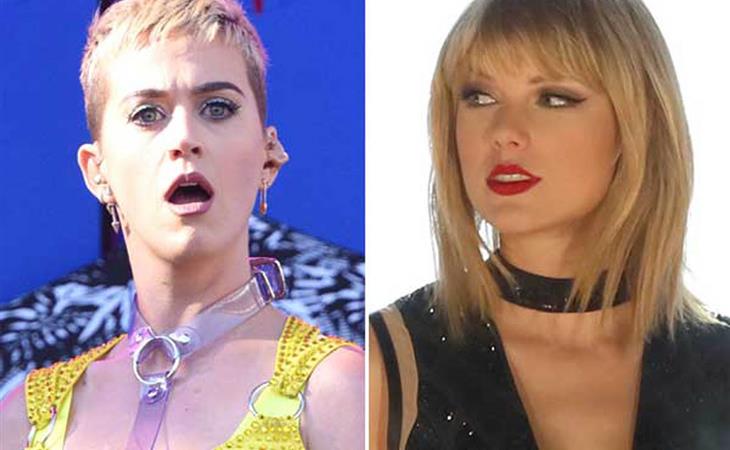 There are certain phrases and expressions that I’ve been using on my site for years and that, if I may be self-indulgent for a minute, I’m very proud to have branded. Some examples: MiniVan Majority, Girl Sh-t Is The Best Sh-t (stolen from my friend Lara), and Coincidence or Conspiracy? I love it when two or more of them come together. Today is one of those days. Taylor Swift and Katy Perry are giving us Girl Sh-t and Coincidence or Conspiracy at the same time.

Katy Perry’s new album, Witness, was released last night. Yesterday her interview with NME was being widely circulated because she once again had sh-t to say about Taylor Swift. Previously Katy talked about Taylor with James Corden. And when asked about why she decided to open up about their beef, this was how she explained it:

“Well, James Corden makes me and the whole world feel very safe,” she says. “No one has asked me about my side of the story, and there are three sides of every story: one, two and the truth.” It means it’s difficult to be a Katycat and a Swiftie. Isn’t that against the message of fan-group unity she recently posted? “I said that but, I mean, I’m not Buddha – things irritate me,” she says. “I wish that I could turn the other cheek every single time, but I’m also not a pushover, you know? Especially when someone tries to assassinate my character with little girls. That’s so messed up!”

Before we continue, can we just agree that there are no sides here? That the only side to take in all of this is the side of Good Gossip? I’m not interested in the conversation about whose team to be on. I’m interested in how these two are trying to game each other – and who’s doing it better from round to round. Because this is the celebrity cage match of our time.

For weeks, maybe even months now, Katy Perry’s been hustling her new music, this new album. Katy Perry has put out some great songs in the past, irresistible bangers that you can’t get away from on the radio. Just as an example, when I first heard Dark Horse? I remembered it right away. I will never forget my favourite line from that song, “so you want to play with magic”. But if you asked me to hum the chorus of Bon Appetit, I’d just hand over the money because there’s no point in trying, I’ve lost the bet. The first reviews of Witness are pretty medium. No one is saying it sucks but it’s not lighting anyone on fire either. As Variety notes:

What we don’t have here is the kind of obvious smash to which all of America would plainly say: Baby, you’re a firework. But the album counts at least as a sparkler — the kind you hold in your hand for 45 seconds in the summer, if not the enduring, inset kind Marilyn extolled.

Still, for an artist like Katy Perry, with such an established fanbase, reviews might not matter. An album can sell even if the critics don’t love it. And Katy Perry has been trying to sell it hard. This is where Taylor Swift comes in though. The loudest blasts of publicity, the most notable headlines about Katy Perry’s Witness, involve Taylor Swift. You might say, then, that she’s made her feud with Taylor Swift part of her sales strategy. Which is why, again, it’s pointless, to me, to be like “I’m with Katy on this one! I hate Taylor!” Because they’re BOTH petty and manipulative as f-ck.

So. Now that we’ve established that Katy has used Taylor on her Witness press tour, it was only a matter of time before Taylor answered back. Taylor’s new album, however, isn’t ready. Instead, she’s using old work to clap back. Katy dropped Witness last night. And last night, this happened:

The most abject Taylor Swift fans might try to convince themselves that Taylor wouldn’t have known about Katy’s album release or they might claim that it was Taylor’s team that made the decision but both of those rationalisations don’t hold up because Taylor Swift OF COURSE WOULD KNOW that Katy Perry’s Witness was coming and, also, Taylor Swift has told us how many f-cking times that she’s the boss of Taylor Swift so no one’s managing her return to streaming and the timing of Taylor’s return to streaming but Taylor Swift her-goddamn-self. Pretending ignorance helps no one. The only way to read this is that it was intentional. With an intentional message:

Which is why I’m living for this. This is Taylor being like, oh, you brought your brand new car with the Stark Industries engine to the race? Yeah, ok, let me just dust off this old classic from a few years ago in my garage and we’ll see if you can blow past me on the first turn.

Sorry, but it’s kind of great. Great as in great for gossip. Great as in this is what you want if you love a good old-fashioned celebrity throw-down. I mean, why are you even at this party if what you need is all class all the time?

The other reason this is great is because it’s great for Taylor Swift, the business. If she is readying a new album in the fall, which is what everyone is expecting, there’s no way she can afford to continue to not allow her work to be streamed. It’s impossible now. She resisted it to her advantage before and it’s to her advantage presently to re-engage with streaming platforms after making her point. Doing so at this moment allows her catalogue to act as a pre-publicity momentum build before she comes in with an updated product, presumably in a couple of months while, at the same time, stabbing her nemesis in the back. So, basically, this is a multipurpose move – there’s a professional benefit and a personal bonus.

This reminds me of Wonder Woman, of course. Because Wonder Woman is the template for life right now. Antiope to Diana during training:

“You expect a battle to be fair. A battle will never be fair.” 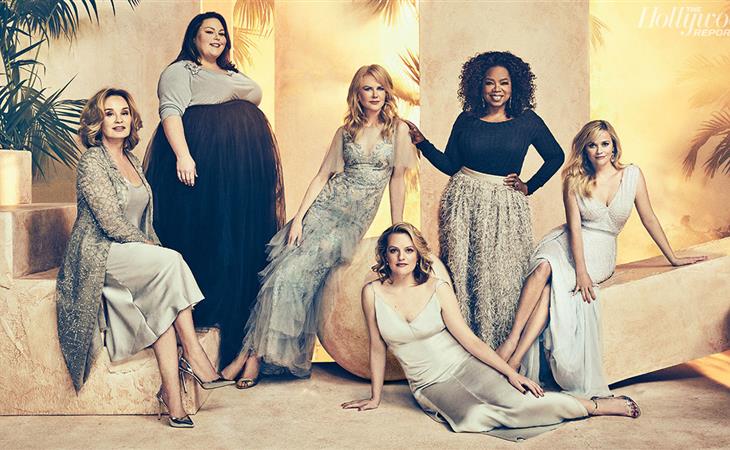