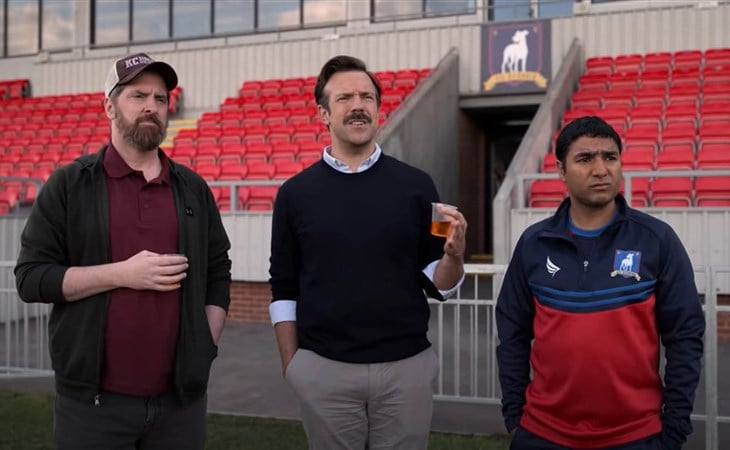 With the final season of Schitt’s Creek hitting Netflix, the show is really, truly, officially over (until the inevitable reunion episode to support some new streaming platform called something like Zibi Max+). Of course we can always revisit Schitt’s Creek, but with no new episodes coming until Zibi Max+ launches, there is now a void in pop culture. What will our new, kind-hearted, warm-fuzzy, go-to feel-good show be? I’ll tell you what it SHOULD be: Ted Lasso. I’ll tell you why it won’t be: Ted Lasso is on Apple TV+, and no one is watching Apple TV+. Zibi Max+ has more subscribers and it doesn’t even exist yet.

If ever there was a reason to give Apple TV+ a shot, though, it’s Ted Lasso. The fish-out-of-water comedy stars Jason Sudeikis as an American football coach hired by an English Premiere League team, AFC Richmond, to coach, er, football. The character was originally developed for a series of commercials promoting the Premiere League on NBC Sports:

For the show, Sudeikis recalibrates Ted’s personality slightly, he’s less of a dummy and more of a walking motivational poster. Ted Lasso is unfailingly optimistic, unflaggingly supportive of the people in his orbit, endlessly patient with the people constantly roasting him for being unwanted and out of place, and he can’t help but bring out the best in everyone around him. It’s a character that could easily be dopey or simplistic, but Sudeikis and the writers ground Ted in a personal hell, estranged from his family not just by the Atlantic Ocean but also a pending divorce. His personal struggles are just that, though, and no one around him is aware that his relentlessly positive attitude is largely armor against the slings and arrows of the world.

Facades are a major theme in Ted Lasso. Everyone is presenting a public face to the world that covers private hurts, including legendary team captain Roy Kent (Brett Goldstein, also one of the writers), and AFC Richmond owner Rebecca (Hannah Waddingham). Roy is aging past his prime and so is aggressively mean on the pitch and off, with a scowl that could melt steel, and Rebecca is conniving to ruin the club because it’s the “only thing” her ex-husband really loves. She’s a stereotypical ice queen boss lady, but for all the moments we see her absorbing public humiliations that cut to the quick with a frozen smile and iron will not to give the tabloid press the outburst they clearly desire. The season is entirely driven by Rebecca’s agenda—she hired Ted specifically to fail, but his abiding good cheer slowly cuts through her own armor, though she retains a crispness that plays marvelously off Ted’s laid-back attitude.

Matching Ted in the positivity department is the delightfully profane and proud WAG Keeley (Juno Temple). She is introduced as the girlfriend of talented but hotheaded star player Jamie Tartt (Phil Dunster). At first, she seems like a parody of soccer WAGs, but Keeley is emotionally attuned to the people around her, and though Ted blushes at her foul language and unabashed sexuality, she has a similar positive attitude that no setback can deter for long and the two bond almost instantly. This is what makes Ted Lasso so wonderful. Yes, there are laugh-out-loud jokes in every episode, and a coterie of interesting characters that are defined from the beginning (this is not a show that takes time to find its feet, it is fully formed right out of the gate), and clear emotional stakes. But more than that, it’s a show that is explicitly about caring for other people.

Ted is almost willfully clueless about English football, relying on his assistant coach, Beard (Brendan Hunt, another of the writers), to draw up actual game plans. But Ted knows people, he studies them from behind his shield of positivity until he finds the exact pressure point to exert to get them to be their best selves. Framed as the philosophy of a coach used to working with kids and not pro athletes, Ted is all about coaching as a way to help young people mature into the best person they can be. When presented with a team of pros beyond that kind of coaching, he doesn’t change his philosophy. He continues trying to coach everyone around him to be a little bit better, to be a more attentive partner, a more supportive teammate, a more aware friend. When necessary, he leaves the hard cases to Keeley’s blunt encouragement, and between them everyone at AFC Richmond becomes a little bit kinder.

The effect of watching an entire season of Ted Lasso is like having your own motivational coach encouraging you not to give up no matter how sh-tty everything seems. Ted is not blind to the faults of others, or of himself, and he is not ignorant of how crappy life can be. He just chooses not let bitterness and anger overwhelm him. He chooses positivity, and in the process, he tries to get everyone around him to be a little more positive, too. If Schitt’s Creek is like a warm blanket of acceptance, then Ted Lasso is a hot mug of caring (not tea, it’s dirty garbage water). This show is not unrealistic about the failures and setbacks we all face, but it will make you laugh and even though not everything works out perfectly and some people are still disappointed, ultimately Ted Lasso is uplifting. In the wake of Schitt’s Creek, let Ted Lasso be the feel-good comedy that refreshes your spirit. 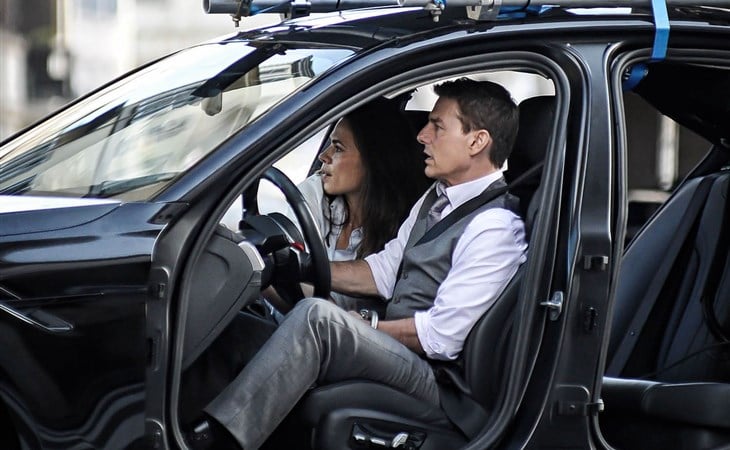