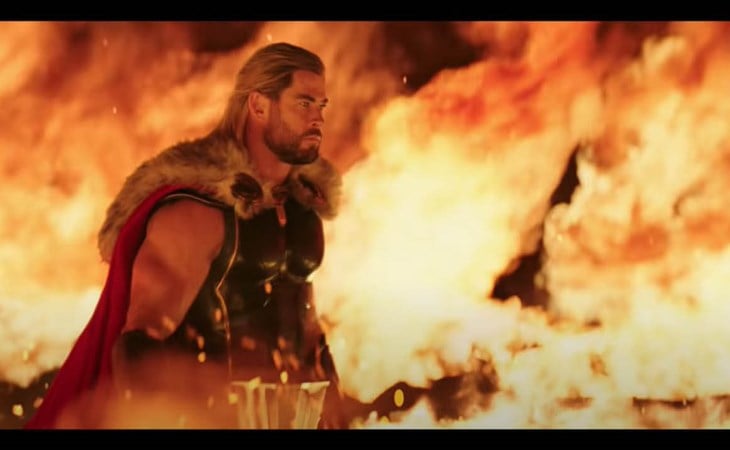 The first teaser for Thor Love and Thunder is finally here, featuring “Sweet Child O’ Mine” by Guns N’ Roses and one wonders if clearing this song is what held up the trailer release. It was a pain in the ass to clear the Led Zeppelin song for the trailer for Thor Ragnarok, wouldn’t be surprised if that was, once again, the case.

Anyway, the teaser is pretty great, super fun and colorful and everything we are now trained to expect from a Taika Waititi joint. I like the opening with Thor running through a forest at different ages, in different costumes, including a “teenage” costume that looks like pajamas based on his comic book look. It reminds me of how they snuck in a comics-accurate costume on Steve Rogers in Captain America: The First Avenger.

But this movie is about grown-up Thor facing the long dark teatime of his soul, once again in fighting shape but refusing to fight, instead doing the space version of backpacking through Europe. He’s on a spiritual spring break, and it looks like he maybe stole the Guardians of the Galaxy’s ship to get there, but he’s also rocking through space on his goat boat, which is a fun touch from actual Norse mythology. While there are lots of fun little things in this teaser—Korg! The back of Zeus’s head! Valkyrie in menswear!—what really stands out is the continuation of the emotional story Taika began exploring in Ragnarok that continued into Infinity War and Endgame, and that is Thor navigating his inner life and emotional landscape. The character dismissed as a dumb bunny when Joss Whedon was in charge has grown into one of the most sensitive and reflective of the Marvel hero set, and Taika seems to be taking on the idea of a very powerful being setting aside all that power in order to find himself after a deep, shattering trauma.

Ragnarok literally destroyed Thor’s world, from his blinded-by-privilege image of his family and his home, to literally burning that home to the ground and leaving him and his people refugees. The Avengers double pack found him reeling from those losses layered with the fresh loss of Loki—for real as far as Thor knows, Tom Hiddleston isn’t expected to appear in this film—and defeat at Thanos’s hands. It shook Thor to the core, and except for a couple tasteless jokes about depression-related weight gain, the Avengers movies handled that through-line pretty well, at least well enough not to wreck it for Taika to pick back up again after the fact. Now, we find Thor bouncing back, searching for his self and new meaning in a post-Asgard, post-Avengers, post-“superheroing” landscape. Who is Thor, if he’s not a warrior?

And who is Thor, if there is another Thor? The teaser ends with a look at Natalie Portman in her “Mighty Thor” armor, holding a reconstructed Mjolnir. This would not be the Mjolnir used in the battle against Thanos in Endgame, Steve Rogers put that one back. This looks like Mjolnir put back together after Hela destroyed it in Norway in Ragnarok. It’ll be fun to see how that all comes together, with Jane picking up Mjolnir. In the comics, Thor doesn’t feel worthy and can no longer wield the hammer himself, and during that time, Jane picks it up. That is clearly not the case here, since Thor effectively lost Mjolnir in battle, but has never been unworthy of it.

I am VERY excited to see what Taika does with Jane Foster, one of the most wasted characters in the entire MCU, and I hope she gets her due at last. I don’t think Natalie Portman would come back—and bother with the intense training this time around—if it wasn’t worth it, but this teaser is fully centered on Thor and gives us no sense of what Jane is doing within the story, or how it is related to the larger thread of Thor’s spiritual journey. Still, if anyone has earned the benefit of the doubt, it’s Taika Waititi, who is doing heartfelt humor and emotional exploration better than anyone in the blockbuster space. 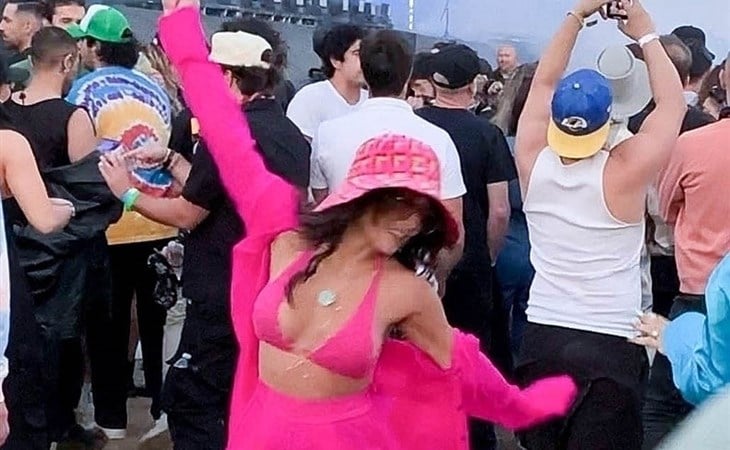 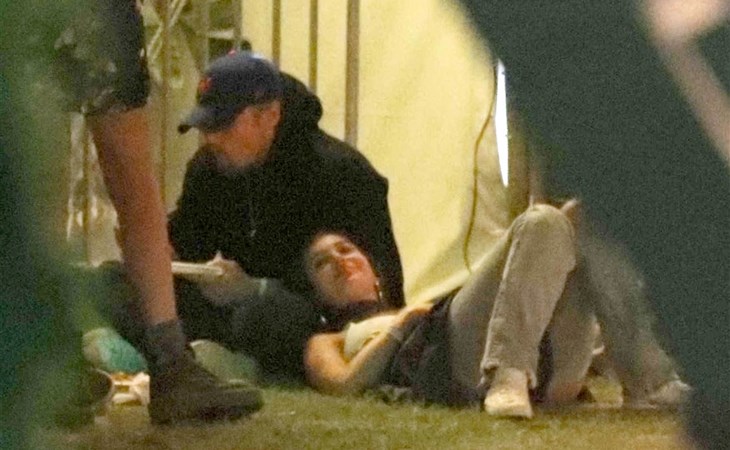