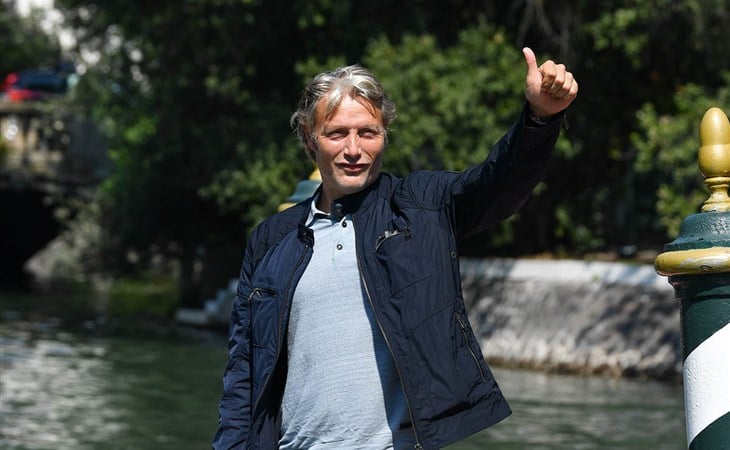 Another Round reunites the Danish dream-team behind The Hunt: writer/director Thomas Vinterberg, screenwriter Tobias Lindholm, and actors Thomas Bo Larsen and Mads Mikkelsen for a middle-aged drinking buddies tale. It follows Martin (Mikkelsen), Tommy (Larsen), Peter (Lars Ranthe), and Nikolaj (Magnus Millang), four friends embarking on an alcohol-fueled journey to discover if maintaining a constant drunk will make them better versions of themselves. Their idea is inspired by Norwegian psychotherapist Finn Skårderud, who hypothesizes that humans have an alcohol deficit of 0.05% in their blood, so Martin and his friends decide to embark on a “scientific study” of whether or not being almost constantly drunk makes them better people. As potential evidence to this theory, Martin, a history teacher, cites famous historical figures who were known drunks: Winston Churchill, Ernest Hemingway, Franklin D. Roosevelt, Ulysses S. Grant.

For a little while, it actually seems to work. Going through his day pleasantly buzzed, Martin reengages with his teaching and becomes a more active, inspiring instructor. He reconnects with his sons and wife on a family vacation he initiates, and he seems overall happier and more confident. (This is Mikkelsen’s best performance since Hannibal was cancelled.) His friends see a similar result, most notably Tommy, who starts putting in real effort as a sports teacher and reaches out to an ostracized boy whom he coaches to a winning goal, but music teacher Peter also manages to help an anxious student through his final exams (albeit by recommending a shot before his oral exam). Another Round reminds me a bit of Edgar Wright’s The World’s End, just without the aliens. It has a similar “male bonding through alcohol ritual” vibe, and the group dynamic is similar, with that one friend who can’t rein it in and takes everything too far.

Of course, Another Round is not a genre parody, it is a realist film that avoids absolutism. At times, the alcohol experiment does help, but the back half of the film unwinds the inevitable consequences to going through life perpetually drunk. Even in the consequences, though, there are mixed results, with some of the friends experiencing more positive outcomes than others. It’s a bit like alcohol consumption itself—some people can indulge with no lasting effects, but others can’t. Another Round is very nuanced in its presentation of drinking culture. On the one hand, drinking is a social ritual that can bond people; on the other, it can have disastrous personal and professional consequences, and can, in the worst cases, compound existing issues. Co-writers Vinterberg and Lindholm do not judge either way, and each person will inevitably read this film in a highly personal way. Some may find it more sad than funny, or more funny than sad, and the degree to which it condemns the characters’ behavior is entirely in the eye of the beholder.

Another Round is as much about mid-life masculinity as it is Denmark’s national drinking culture—or any national drinking culture, really—and it is one of the most nonjudgmental films about indulgence, addiction, and recovery in recent memory. This is a very humanist film, invested in the individual quirks and foibles of its characters. What is clear is that Martin and his buddies need something to wake them up from their middle-aged stupor, whether or not they find an appropriate outlet is the central question. In some ways, certainly not all, there is no denying this is at times a joyful film. It’s not so easy to separate the good from the bad, and for every tragedy there is a triumph. Another Round is a lot like life in that way. It’s messy and complicated, the reasoning frequently doesn’t make sense, the application of outcomes is inherently unfair, but one thing is true in every circumstance: friends are good to have. 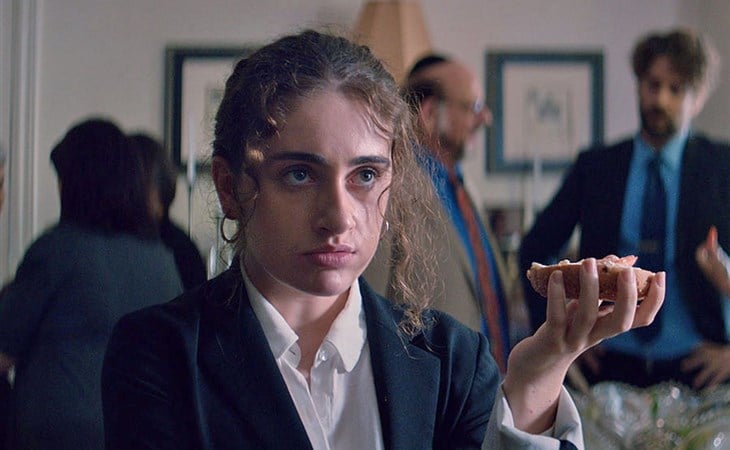 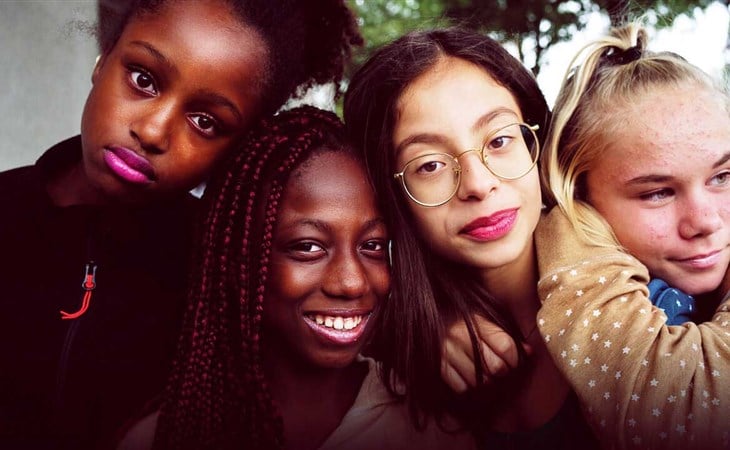