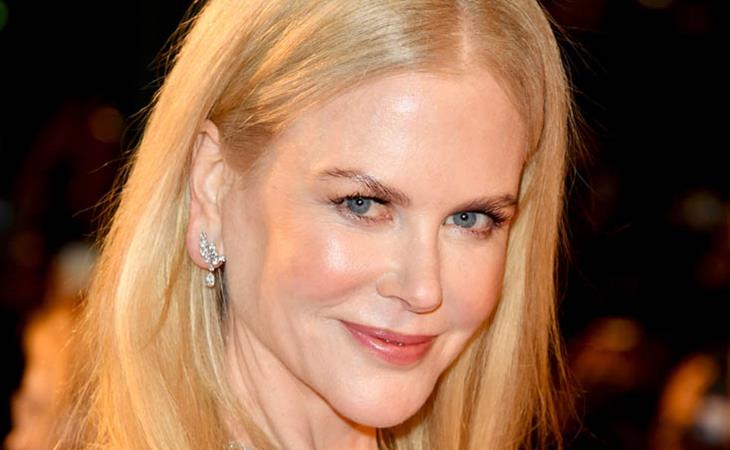 Nicole Kidman is one of the savviest stars I've ever seen walk a red carpet. If she's going to show up - she'll make it worth her time, and your time (for the press). She'll serve it in the photo department and she'll bring the love too, if her husband Keith Urban's schedule aligns with hers.

The first time I ever saw her "work" in person was last Friday night at the premiere of The Upside. Nobody really knew much about the movie going into the premiere, save for that it was a remake of the major international success, The Intouchables, starring Omar Sy. This time around, Kevin Hart (Dell) becomes an unlikely ally and straight-talking caretaker of quadriplegic Bryan Cranston (Phillip), a wealthy man and author with all of the money in the world but none of the emotional ties. Nicole plays Yvonne, Phillip's business manager. Though it all starts as a con to fool Dell's parole officer (or get somebody with nothing to lose to sign the DNR for Phillip), this movie has the most heart of anything I've seen at TIFF so far, with the exception of Film Stars Don't Die in Liverpool. A friend of mine with ties to the production gave me the heads up that it would have a The Blind Side appeal, but under the guise of a buddy comedy. She was right. They don't make movies like this anymore.

But let's go back to Nicole. Knowing we (the press) were basically going blind into the movie, but that she had big things ahead (ahem, her first Emmy win for Big Little Lies), she used the red carpet as an opportunity to sell her stardom. She and Keith were serving the relationship porn. And it wasn't just for show either, from a few feet away and even from afar, they definitely have a strong bond together. Standing in front of them, trying to do your job in front of them, you feel it. Cranston is pretty beloved, but none of the cheers he received compared to the ones Nicole got. While I didn't cover the Lion carpet last year, I don't remember it having nearly as much hype before anybody screened it. In fact, the movie kind of had some stink on it until it screened. It was also an underestimated Weinstein production, much like The Upside.

It's amazing how much can change in one year, between TIFFs. Nicole was coming back into the festival as a beloved A-Lister riding a high, who could very well receive her first Emmy. She and Keith held hands for the entire red carpet. He did every interview with her, and even when she was being given the wrap by her handlers, she would keep talking. She would square her body to the reporter, send her message and tailor it to each outlet, with her eyes making note of hitting each international outlet to give them something they can write to, even if it was just an "it's amazing." She can control the story because she knows what to give.


Oh, and when you tell her she's having a moment as etalk’s Devon Soltendieck and I did, she's very quick to thank you, and remind you that things haven't always been this easy for her. Careers are about riding waves, she told us. She'll talk to the press about having somebody to share this moment with rather than doing it all alone (as one could infer she did when she won the Oscar for The Hours), and she'll be very open and upfront about her desire to keep working in whatever medium will have her, so long as it's good work.

The only other person I've seen with this much game as they're about to have a "moment" or have a big personal milestone? Reese Witherspoon on the red carpet of The Good Lie back at TIFF in 2014. It looks effortless from them both. Coincidence, or conspiracy? What, like it's hard to know how to maximize your press, or your moment? This is the game, and these two are here to play.

Reese and Nicole, of course, are the ones who not only convinced Liane Moriarty to give them the rights to Big Little Lies, but as Nicole reminded Devon and me on Friday, she also helped convince HBO to give the show a shot. She just slipped that detail in there when we were talking about her "moment" and whether 2017 has been kind to Nicole Kidman or whether Nicole Kidman has been kind to 2017.  Clearly, it's both. Reese and Nicole were also side-by-side at the Hand in Hand telethon this week. Reese's movie Home Again is in theatres now, but as a die-hard fan of Nancy Meyers and her progeny (I promise there are things I really, really don't like or don't engage with, like Game of Thrones) who has been hard at work and haven't had a free night since it came out... well, even I haven't seen it. So it didn’t hurt for Reese to be photographed with Nicole, looking powerful together even with the height difference. Reese was riding Nicole's wave at the telethon. And on Sunday, they could be holding hands at the Emmys together. Where Nicole will likely win, as much as I love Jessica Lange's work in Feud. Nicole just has the momentum on her side. And it probably won’t end at the Emmys.

Nicole's the one who got the loudest applause in the theatre for the screening of The Upside. Audiences are in love with her now and so are her peers. Everybody wants to be associated with somebody who is making great choices. It looks as though The Upside could be another great choice. We were warned by director Neil Burger before the screening that A) the movie wasn't finished B) this may not be the final cut C) it's a Weinstein production, (haha) and may or may not come out in March.

Then came the raves. The film started 40 minutes late (because the red carpet went long, and the film beforehand started late too), which put a lot of press in a bad mood or lowered their expectations. And then... they ended up loving the movie. While the premiere was last Friday night, this project has buzz. It was only yesterday that The Hollywood Reporter ran a story about how The Upside could be a great contender at the Globes if the studio chooses to move its release date. If you read into that, it could be more like, well, if the studio chooses to capitalize on Nicole's high... and all that applause. I would shuffle the deck to make this work. Wouldn't you? Especially when Bryan Cranston has an "OMG" reaction to every Big Little Lies moment (they were shooting The Upside as the show was airing, so they'll be forever linked).

So, back to that wave -- this Emmy is +clearly+ hers to lose. I spent almost all of August working on an Emmy Guide for etalk. It re-airs again over the weekend on CTV in Canada. Here's a clip that seems even more prescient now that I've seen Nicole in the wild. 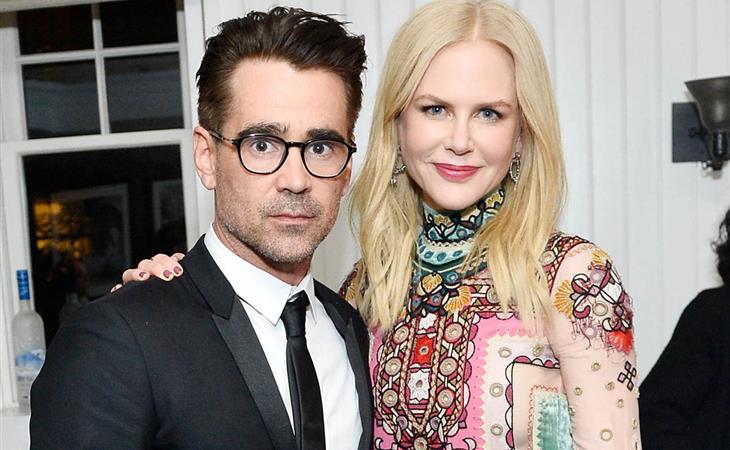 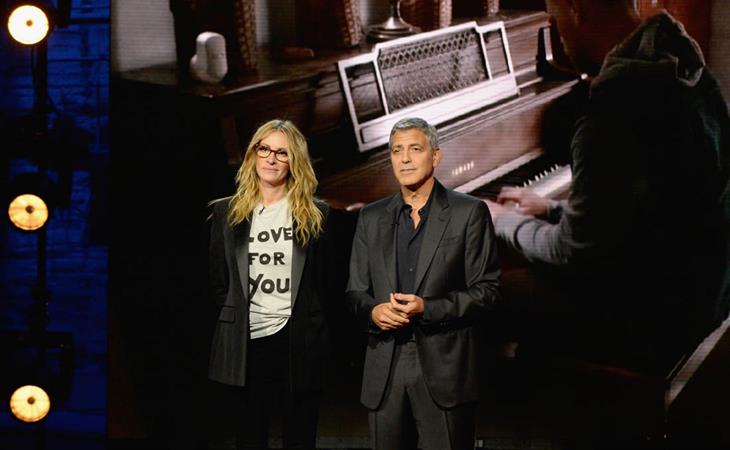