TikTok influencer group Hype House is getting a Netflix reality show, and although I’m sure their fans are excited, it seems like the general public isn’t getting it...or on board.

Kouvr Annon, Nikita Dragun, Sienna Mae Gomez, Chase Hudson, Larri Merritt, Thomas Petrou, Alex Warren, and Jack Wright â€”Â a.k.a Hype House â€”Â will star in a new unscripted series that will reveal a side of themselves (and their relationships) that we rarely see! pic.twitter.com/NlRF5j0ZoF

When it was announced, most people I saw on Twitter were pretty frustrated. There were lots of conversations around why Netflix would decide to give a platform to a show about TikTokers instead of renewing beloved Netflix shows that have been cancelled (I’m still ITCHY about The Society).

There was also talk about why people don’t see TikTokers as worthy of the spotlight compared to other media creators like actors or singers. People also pointed out how some of the creators like Nikitia Dragun have displayed problematic behaviour that should disqualify her from having a platform. Rumours about Netflix’s stock dropping after they released the promo for the show popped up too…

...but they were denied by one of the stars of the show, Alex Warren.

i keep seeing rumors that our show caused Netflix stocks to drop. If you actually look at their stocks by a google search youâ€™ll see they dropped when they didnâ€™t meet their quarter earnings. The day before.

So there are a lot of people who are unhappy – but does that mean it won’t succeed? Past reality shows like Love is Blind had something for every demographic to enjoy. It had love, it had messiness, and it had suspense. Who wouldn’t love it? Can a show about the lives of TikTok influencers show the same range?

Despite there being so much resistance to the show, this is Netflix, and Netflix continues to produce surprise hits. Now they’re banking on a reality TV show with people who already show us their reality. But all of the influencer content on TikTok consists of them showing us the “behind-the-scenes” anyway, so what else is there to see? Sienna Mae has said that she and her speculated boyfriend Jack Wright have not been interacting with each other on social media as much in order to save content for the show. This is super risky. They seem to be putting all their eggs in the Netflix basket, and even though it may work in their favour due to public curiosity, the Netflix hype won’t last forever. For Netflix, for every show that doesn’t work, they have three more in the pipeline. If the TikTok show works, they win again. If it doesn’t, Netflix doesn’t lose, but the influencers do in terms of compromising their current audience, and I think they may be making a mistake by neglecting their content that got them where they are today. That is, unless they are able to prove that they are more than just TikTok stars through this show.

The best reality shows are the ones where the cast is completely vulnerable. Reality shows have made day-to-day people into household names, and that’s because audiences love to connect with people on a personal level. That’s why Bachelor stars can hit one million followers on Instagram and make careers out of podcasts, clothing lines, and win Dancing With The Stars, among many other things. They leave their blood, sweat, and buckets of tears in those limos. Being able to bust out of the box that the public has you in is the key for a good reality show and post-career. In order for this to be successful, the Hype House has gotta make sure that they are completely open and honest. No filters or gimmicks. That includes the audience being able to have an in-depth look at all their relationships and drama. If Sienna and Jack are hiding their relationship off of social media to make sure their best content is in the show, we need to see it all-- the late night talks with her friends, the fights, the make-ups, the pettiness. All of it. The version of Sienna and Jack that we see on TikTok is flirty and happy all the time, so being able to see the hard times is already something different that the show should dive into. The same goes with the roommate drama (any house full of teens would have it), emotional reaction to online hate, and even moments of self-doubt. It needs honest human emotion. A fluffy “how-to TikTok” series is where this would turn out to be a lost cause. If they want to attract more people, their TikTok status shouldn’t be the focus of the show. It can be an accessory, but if they only depend on that, they won’t be making space for themselves to transcend the TikTok fame. I’m sure that Netflix knows that, and that could be why they are being strict with the content that they are sharing online. I know I’m interested to see what they could be planning, and if they turn out to be as vulnerable as people on other reality shows, that’s what will make me want to come back for more. Their goal should be to show the world that they are cut out for the opportunities they want outside of the TikTok bubble, and that can be achieved by their willingness to let us into who they are--not just their TikTok box.

Although getting more opportunities outside of TikTok would be heavily based on their in-show performance, it isn’t the only factor. Baring it all on the show will give them the foundation they need, but what they do with it is up to them. For some of the TikTok creators, their idea of success could be creating a brand around their name detached from the app. For others, it could mean starring on another reality tv series or acting in a Netflix original movie. Whatever it is, if Netflix’s magic viral potion can make their personalities shine above their online status, then the Hype House creators will have the wings to take things closer to their goals. Even though it may be hard, it’s definitely possible. I mean, look at Tiger King. They’re literally making a scripted movie based on the series, and Carol Baskin was just on Dancing With The Stars. If the Hype House is able to put it all out there for the cameras, and find a way to keep the narrative going outside of the show, they will be capable of creating new fans and keeping them interested in their stuff enough for momentum into bigger things. Whatever they are able to achieve outside of the show would have to be independent from “Hype House” because traditional media doesn’t have a place for creator collective groups like these. 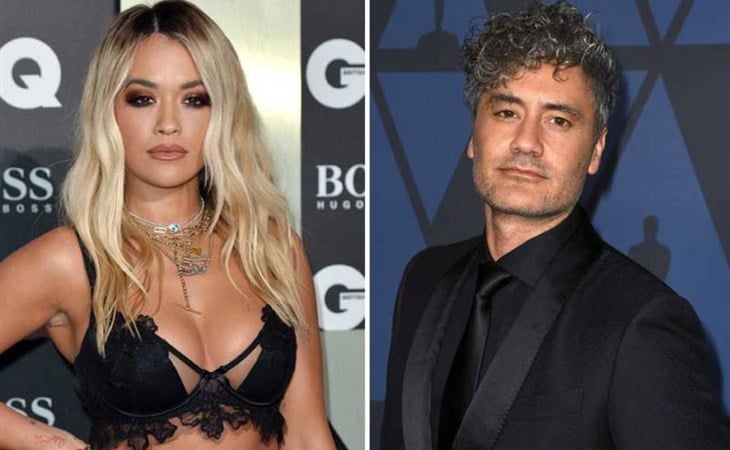