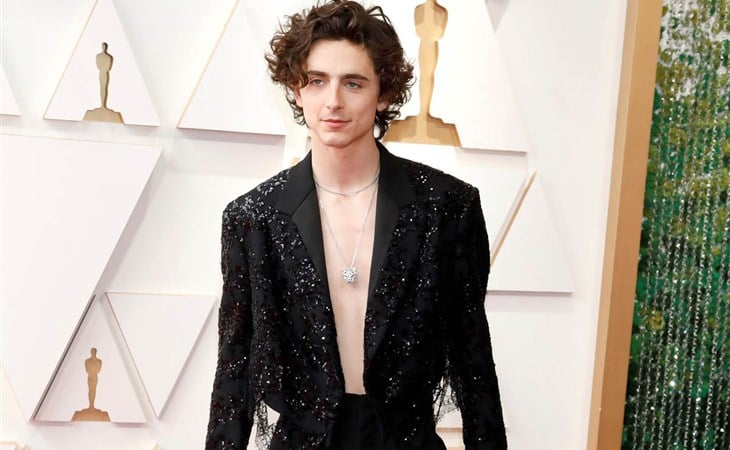 The Men and Tiffany Haddish

During the show, it was the Men and Regina Hall. For the purposes of this post, it’s the Men and Tiffany, but we’ll start with Timothée Chalamet because… HOW COULD WE NOT. Timmy was one of the men who Regina called up onstage, along with Bradley Cooper, Tyler Perry, and Simu Liu. Look how quickly he jumped up and agreed to be objectified.

the real winners at the oscars are the timothÃ©e chalamet fans
https://t.co/pEL5oEsub9

If you think I’m going to dump on this look, keep walking. I would never. He showed up in Louis Vuitton without a shirt. Why don’t we take a moment to appreciate this in motion:

No shirt, no problem, if you're TimothÃ©e Chalamet at the #Oscars https://t.co/M5GljMMdCx pic.twitter.com/pXwipXrkBE

By the way, it’s cropped at the back too. So he was doing the most to show as much skin as possible. And hard-posing the whole way down the carpet. Because he knew. Of course he knew. He wouldn’t admit to knowing but he knew that in wearing what he wore, social media would be broken. Twitter implodes every time he so much as smirks, so you can imagine the meltdown yesterday when he stepped onto the carpet. This is the face of a man who understands exactly how viral he’s going. And again when he changed into leather for Vanity Fair:

Twitter was also having a meltdown over Andrew Garfield. He did look good. But much of the excitement was over his Oscar reunion with his former roommate, Jamie Dornan. He and Jamie, and Eddie Redmayne, and Robert Pattinson all came up together. That’s an impressive cohort. But it was this kiss that sent everyone…

As we have seen, Andrew’s felt no pressure this entire award season. It’s just been a good ride.

Speaking of a good ride, Jason Momoa seemed to be on one at the after-party, but first, let’s talk about him at the Oscars proper. Last time we saw him there he had a scrunchie in his hair and Lisa Bonet by his side. No Lisa Bonet this time, despite rumours that they’re back together, the scrunchie was tied to his braid.

He let his hair loose later on though. With Chris Pine. Have you seen this yet? Jason and Chris flirting? And possibly after a few shots.

Chris Pine was with Jason Momoa at the #VanityFairOscarParty, going along with the interviewersâ€™ comment about being each otherâ€™s date. Chris wanted to wrap it up and go get an In-N-Out burger. pic.twitter.com/eZsKOdSSCC

Jason might actually have started even before he presented because, well, I kinda loved that he turned himself into the joke. This reaction to Josh Brolin’s question is … perfect, right?

And then he burped.

If we’re talking about presenters though, I really did enjoy the chemistry between Simu Liu and Tiffany Haddish. This is where Sarah and I disagree about the comedy bits. I don’t mind the bits, I don’t want the Oscars to lose the bits. Not every bit works, I know, and some go on too long, I get it, but when they sing, they do sing. And Simu and Tiffany SANG.

That’s good timing, right? He gave back as good as she did, and it’s actually good timing in another way too, because Simu will be hosting the Juno Awards here in Canada in a few weeks so we got a quick glimpse at how he’ll be at the job… and he’s up for it, he’s definitely up for it. He’s brought in a strong team of writers to help with the material, to put together the bits, and it’ll be a showcase for that part of his skillset… which might come in handy one day at the Oscars too?

As for the fits – this might be my favourite red carpet look on Tiffany, like ever. She is exquisite in this colour. And the jewels!

And then there’s Simu in Versace – so good in this red, lucky red, Turning Red, with that band across the chest, but of course Simu being Simu, who is the new Matthew McConaughey and never misses and opportunity to take off his shirt (please check his Instagram if you’re not familiar), he did indeed, on Donatella’s orders, take his shirt off at Vanity Fair. Not sure he put up much of an objection, LOL.

.@SimuLiu on the red carpet at the #VFOscars party, with styling tips from of Donatella herself. pic.twitter.com/4lATVaDwE5 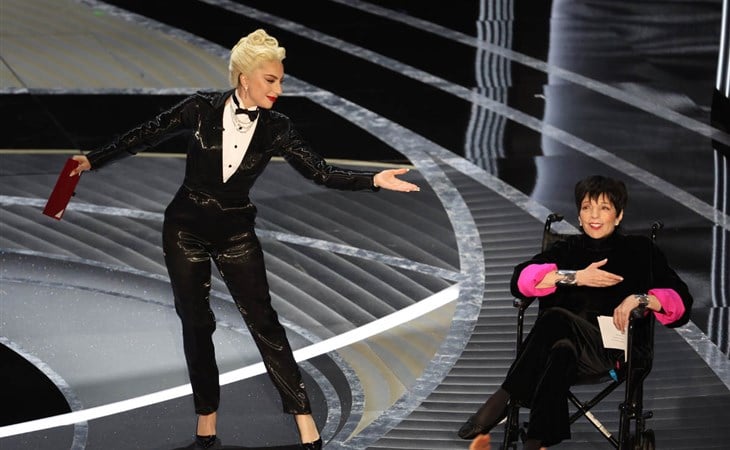 Liza and Gaga: A Sweet End to a Messy Night 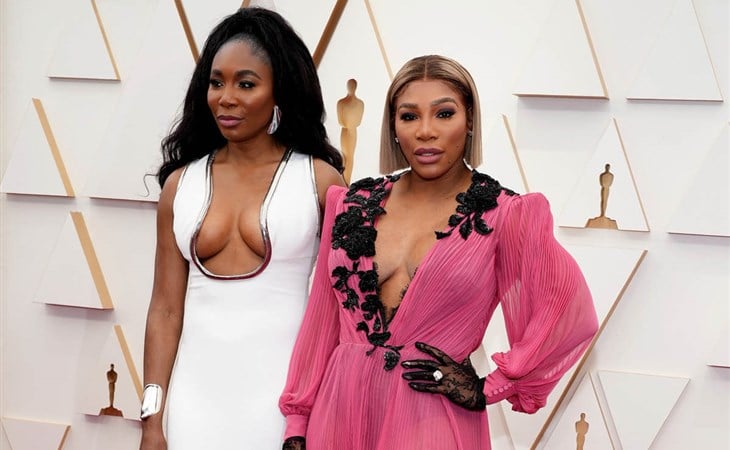