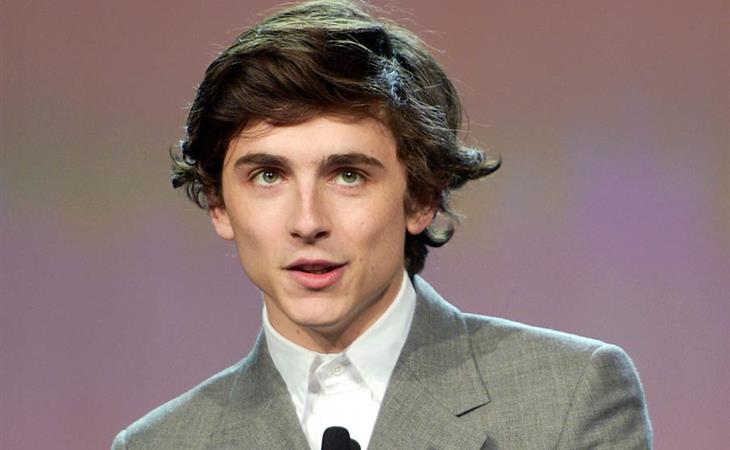 Last year at the Palm Springs International Film Festival, Timothee Chalamet received the Rising Star Award for his work in Call Me By Your Name. This year he returned to Palm Springs for the Spotlight Award, recognising his performance in Beautiful Boy. He was introduced to the stage by Laura Dern, with whom he just worked in Little Women. She gave him his trophy and a snack, a symbol perhaps of their older sister/surrogate aunt relationship. Laura Dern, as we know, doesn’t have to present anything to anyone. She was there because, clearly, she adores him. She made it clear that she adores him. “I love you! I love you!” is what she says just before bringing him into the spotlight.

So what did he do with that spotlight? Well, he did what we often see him doing. He was a fanboy, just like he was at the Oscars last year, just as he was at TIFF a few months ago. Timmy’s speech was basically a grateful homage to the artists he admires and learns from, including Laura, and Regina King, who was receiving her own award, and Spike Lee, and more. It’s a good look on him, not only because no one wants to see a punk kid go up there and not be appreciative but mostly because he really does seem to be that nerd. It’s been a consistent vibe for Timmy since he broke out in 2017 – yes, here I am, the young one, I get that. I’m not tired of all of you reminding me over and over again how young I am, how new I am. Which means he’s not going out of his way, the way we’ve seen other actors go out of their way, to be “taken seriously”. He is, quite obviously, taken seriously, his work is taken seriously, without him having to TRY to be taken seriously.

The 2017/2018 award season, for Timmy, was a victory lap in and of itself. He was just happy to be there. He was the youngest Best Actor nominee in a long, long time. No one was expecting him to win. This time, his chances are better. He’s been submitted in the Supporting Actor category and most consider him a lock for a nomination, up against Mahershala Ali, Richard E Grant, Sam Elliott, and Adam Driver, with Michael B Jordan mayyyyybe in there as a longshot. Timmy isn’t the frontrunner, and this category often rewards veterans in the business, like Richard E Grant and Sam Elliott, but I don’t think we should count him out quite yet. Not when someone like Laura Dern is up there, in front of the Palm Springs audience (remember, a lot of Academy members live in Palm Springs and show up to this gala) giving him her endorsement. Laura’s an active member of the Academy of Motion Picture Arts and Sciences. She had a shot of being Academy President, but ended up taking herself out the race for scheduling conflicts because, as we’ve seen, her career has never been hotter. The point is that Timmy has some powerful people campaigning on his behalf too. And he really is that well-liked, both outside of the industry and especially within it. Also, he just showed us what an acceptance speech from him at the Oscars might look like. It’s pretty good.

PS. Not that this has to do with anything but OMG I love his hair so much. 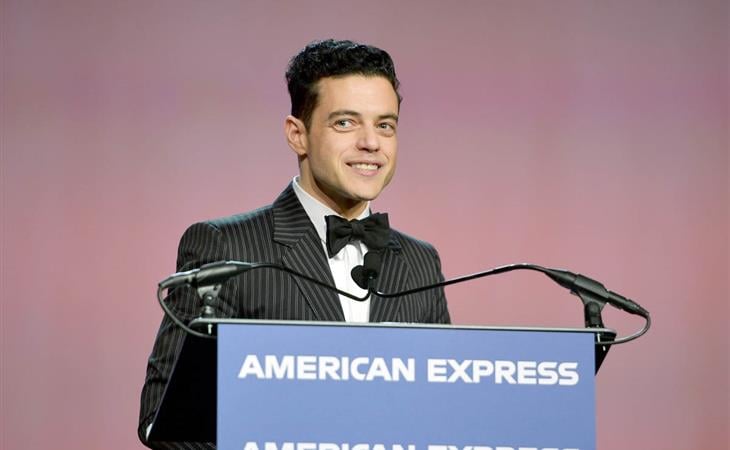