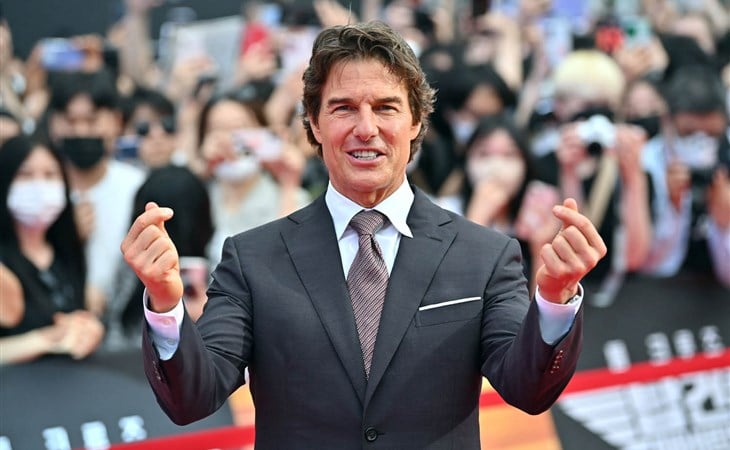 Top Gun: Maverick is nearing a billion dollars worldwide at the box office. As we’ve seen, people are going again and again, including this weekend for Father’s Day as domestically the movie brought in another $44 million… in its FOURTH week, a drop of only 15% from the previous weekend. This doesn’t happen very often. There is no overstating Maverick’s success – and it’s not over yet because the film still hasn’t opened in certain markets. Like South Korea, which is where Tom Cruise, Jerry Bruckheimer, Jay Ellis, Miles Teller, Glen Powell, and Greg Tarzan Davis (in an excellent pyjama suit) were this weekend. Since they were in the origin country of the finger heart, well, there were a LOT of finger hearts.

Tom Cruise loves the finger heart and he generally seems to have a great time in Korea. I’ve mentioned it before but it’s worth mentioning again – Korean variety shows are world class, and they’re among the top-rated shows in the region. There are many reasons for this, including Korea’s sophisticated entertainment industry that can turn high quality sh-t around in no time and the fact that their own major domestic stars regularly appear on variety shows (unlike their western counterparts who might look down on the practice); BTS, for example, and there are no bigger stars anywhere than BTS, showed up on a variety talk show last year called You Quiz on the Block for an interview and to also play games.

It’s probably the games themselves on Korean variety shows that are the most entertaining. The culture in Korea allows for the wild and the silly, and allows for its celebrities to get silly – I watched an episode of a variety show a few years ago that featured four Korean heartthrob actors (like the equivalent of Jake Gyllenhaal, Robert Pattinson, Andrew Garfield, and Michael B Jordan) on a variety show for two whole days (TWO DAYS!) and during one of the games, they were asked to jump rope in a group while removing a piece of clothing. It was f-cking hilarious, hard to explain, and totally demented, but somehow it works.

If you haven’t seen one before, here’s a good example. Jack Black was on a show called Infinite Challenge where he competed in a game that involved him putting pantyhose over his face, attached to a hook, while he tried to blow out a candle. Like I said, it’s demented but for whatever reason, it’s funny AF. I have seen this at least half a dozen times and I still can’t stop laughing.

And again, practically the whole country watches. Which is why, when foreign movie stars show up in Korea, it is highly recommended that they make a variety show appearance. To got back to Tom Cruise, he and the Mission Impossible cast back in 2018 were on an episode of Running Man, one of the longest running and most successful variety shows in Korea. That’s where I first saw him do the finger hearts:

So for Tom now, when in Korea, it’s finger hearts all over the place everywhere, and the rest of the team too. Pretty sure the Korean box office will show up for Maverick when the movie opens on Thursday. 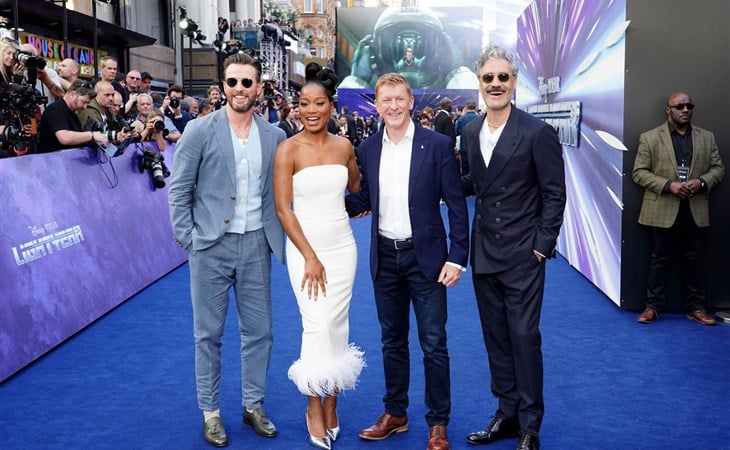 Lightyear had a bad weekend 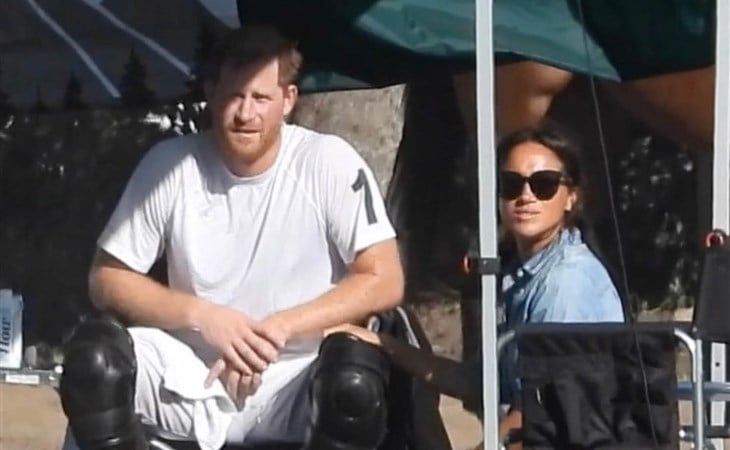