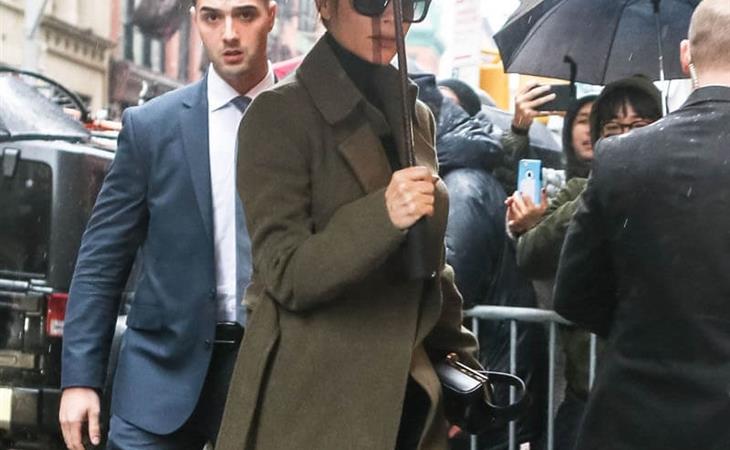 Last week, TMZ published an exclusive about the Spice Girls getting back together and going on tour. Then they followed up a few hours later with a dumbass story about why Victoria Beckham agreed to it – because she’s “bored with being on the sidelines” in David’s shadow and wants to build her “self-esteem”. As I posted at the time, I don’t know what the f-ck they were talking about. Because anyone who’s ever studied the Beckhams even at a novice level would know that Victoria’s not the one on the sidelines these days.

She was definitely not on the sidelines this weekend at New York Fashion Week presenting her new collection. During a preview interview with British VOGUE, Posh was asked about the reunion rumours. Here’s what she said:

She goes on to explain that it was lovely gathering all together again and they, right now, are just in the brainstorming phase, coming up with ideas. And then she pointed to her clothes, her designs, reiterating yet again, “But this is what I do”.

Back to knowing Victoria though because, again, anyone who’s been paying attention the last 20 years could have come up with this, this is what I wrote last Thursday when TMZ tried to tell us that what Posh’s reasons were for being a Spice again:

She has a 6 year old daughter. Harper Seven has never seen her mother as a Spice Girl. Cruz may have even been too young to enjoy the 2007 Spice Girls reunion tour. In this current environment of Time’s Up and #MeToo, the Spice Girls and their message of “Girl Power”, while arguably hashtag-simplistic well before hashtag-simplicity was a thing, still has much to offer to conversation. If you’re up on the Beckhams, isn’t that a much more plausible explanation over not wanting to be on the “sidelines”?

And this is how Posh explained it to British VOGUE:

If music isn’t on the cards, could a sequel to Spice World be in the works? “Is that what you really, really want?” Beckham quipped. “I remember that movie. I was so upset when they made me wear that tight little army dress. And Harper Beckham, who’s only watched Spice World once, says, ‘Mummy, I love that bit when everyone’s in the really cool clothes and you’re in the tight little army dress!’” In times of second-wave feminism and the empowering waves created by the Time’s Up movement, the Girl Power flag flown by the Spice Girls in the late 1990s is as relevant as ever.

Exactly. Don’t you know your Posh?

Below – Victoria embracing her husband and her children after the show. Look at the expression on Harper Seven’s face. Imagine her face when she finally gets to see, live, her mother stepping back into her Spice clothes and not-singing to Spice Up Your Life?

Also… how often does Victoria refer to Harper by her full name? 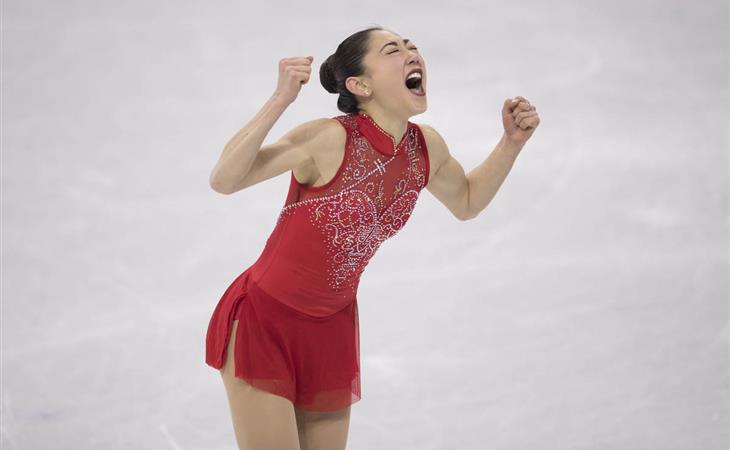 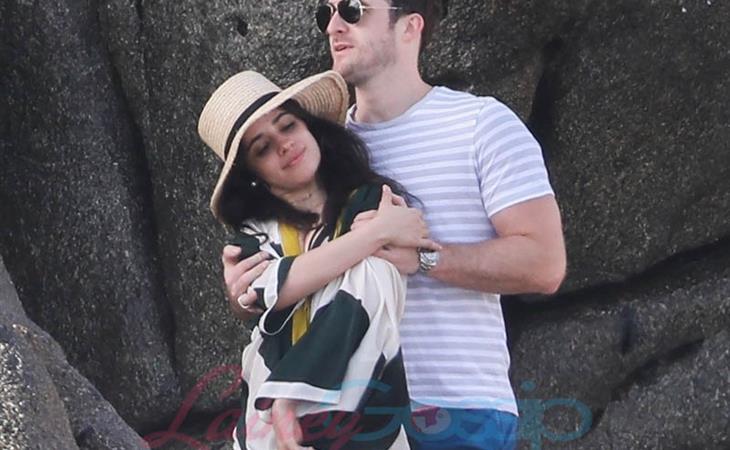