This is typically a slow week in gossip. Many celebrities are already on holiday. There are a few who are making a final push for their Christmas releases but for the most part, things are shutting down and the idea is to coast towards the new year and come back hard in January. Same goes, sort of, for the British royal family. The Queen’s Christmas lunch happened yesterday. On Christmas Day the senior royals will come out per tradition at Sandringham to greet the public. But the days in between are supposed to be quiet.

It has been anything but quiet where Meghan Markle is concerned though. Every day this week, and the last few weeks, there have been headlines about the supposed tension in the royal family with Royal Meghan as the nucleus. PEOPLE’s cover story this week is the relationship between Meghan and Kate Middleton. A couple of times a day they post some details from the print edition, like why Kate cried during a fitting before Prince Harry and Meghan’s wedding and how their approaches to royal life are different, because Meghan hears “you can’t do this” and pushes back where Kate hears the same and “maneuvers” around it. That’s not an unreasonable description. We all have our own work strategies and work styles. Women, in particular, are limited in what strategies and styles are available to us. If that was the underlying observation about this, it would be one thing. The problem is that that’s not the point. The point being made here, by these royal sources, and possibly courtiers, is that Kate’s style is favoured over Meghan’s. Because it’s “nice”. It’s what we expect women to be – amenable and agreeable – and it’s how women traditionally operated in the royal environment. You scheme in silence. You weaponise sugar. This is what’s allowed.

Vanity Fair also published an extensive piece on Meghan Markle’s drama this week. Written by Grigoriadis, who knows how to give great dish (she was originally commissioned to write that Gwyneth Paltrow takedown for Graydon Carter, remember?), it’s a deep-dive on the Markle family and its tawdry past, recapping Thomas Markle’s f-cksh-t and highlighting Samantha Markle’s involvement in the Markle mess. Samantha is quoted extensively and Vanessa, instead of challenging Samantha directly, lets her hang herself. You don’t have to do much work when Samantha Markle is around. She’ll open her mouth and soil herself. Like when she claims to know what Princess Diana would have done in this situation, LOL.

The thesis of Vanessa Grigoriadis’s article, to me, is that both the royals and the Markles are a reality show. And that the rogue Markles, which include Thomas, his son Tom, his son Tyler, and Samantha, are trying to be the Kardashians and that the royals may be more prestigious but they essentially belong in the same genre. Here’s my favourite paragraph, with my favourite two sentences highlighted:

In England, the 92-year-old Queen, whose primary purpose in life has been promoting the longevity of the monarchy, was watching. She had lived through unpopularity, particularly during the saga of Princess Diana and Charles (loneliness, bulimia, Camillagate, Squidgygate, divorce, death by paparazzi). Much magic was lost. But in recent years, via the classic P.R. maneuver of replacing negative stories with new stories—the romance of William and Kate, plus Pippa’s bottom, the addition of Prince George and two spare heirs, and now Meghan and Harry—people fell in love again. Even in America, where today’s rich are decidedly “out”—they reek too much of MAGA—the royals, who embody a faraway fantasy of being rich, are hugely popular. And these days the royal family allows their every step to be photographed and calculated, like the world’s richest reality-show stars. The episodes run until the end of their lives.

Where we find Meghan then, if this the analogy we’re running with, is someone who’s made the jump from a Kardashian level reality show to a more elegant one. Perhaps a better analogy would be that she’s gone from reality to scripted – it’s all fantasy anyway, right? After all, in the entertainment industry, scripted is considered much more respectable than reality.

This has been my point over the last couple of weeks though. And what I’ve been arguing is Royal Meghan’s strength – she has a background in Hollywood storytelling and the business of gossip. Now she’s playing the same game in a different setting. We’re not dealing with an amateur here. That said, she’s not dealing with amateurs either. Again, royal courtiers can be vindictive and self-serving. Per Vanity Fair on the handling of the Thomas Markle debacle leading up to the wedding:

The Queen knew that Harry worshipped Meghan, and also that the House of Windsor didn’t need another busted-up fairy tale. “She was very concerned that it [the Markle situation] was spiraling out of control, which it was,” says one observer. “Buckingham Palace wanted to be able to do something and be proactive and make the situation go away. It was a direction from the Queen, so her courtiers were under strict instructions to sort it out. But Kensington Palace was not singing from the same hymn sheet, and that was because the message was coming from Meghan. She didn’t want to engage and thought that she could handle it on her own.” Both palaces’ aides whispered and planned, to no avail. “There was a lot of tension between courtiers within the two royal households, and I think it just got to a point where it was stalemate and, you know, neither could move.”

Tension between courtiers. A stalemate. Meghan wanted to handle it on her own. And you know what? Let’s not forget that she did. Because for all that sh-t that was happening before the wedding, she produced a wedding that pushed it all to the backburner. Having been an entertainer, she knew that the moment the wedding day was upon us, every detail from the guest arrivals to the royal arrivals to her arrival, with the Mulroney boys holding her train, to the ceremony and the sermons and the dress and the everything, she knew that her wedding would be GREAT TV. That’s what you learn in Hollywood – that certain headlines, like weddings and babies, can take over, especially at a time when we’re used to being whiplashed by a relentlessly fast-paced news cycle.

Is it possible then that, well, there may have been some resentment? If you’re a royal courtier, used to doing things your way, and you already have some uppity ass opinions about the right way, and someone comes along and says, nah, I’m good, I got this – and indeed the day turns out perfectly, and she happens to be an American actress who is also biracial… would you be pissed? Would THEY be pissed? To be shown up by this woman who isn’t one of their own?

If they were, how would they retaliate? What resources would they have?

Well, in keeping with what I said at the beginning of this post about the onslaught of sensational stories about and against Royal Meghan recently, Buzzfeed has this one about whether or not royal reporters are racist. Meghan’s fans have been accusing members of the UK media of bias against her and they’re insisting they’re just doing their jobs and that there’s no prejudice involved, especially now that NBC’s Keir Simmons said yesterday on The Today Show that there’s “some old-fashioned snobbery, there's a little sexism, there's a little racism” at play in the coverage in the UK about Meghan.

The royal reporters are offended. They think it’s American and fan hysteria. They say they do this with all royals, not just Meghan. They say they did it with Kate. And it’s true that there was all kinds of gossip about Kate but… Kate was never accused of breaking up the royal brothers. On top of that, the UK press seems to be fixated on the Meghan and Kate situation, without paying as much attention to the root of the power struggle, if there is any, and the real power, of course, belongs with the heirs, perhaps because their sources, embedded in the palace, prefer to play that card and make the women vulnerable, especially the biracial woman, the one who may have done a good job without their help during the wedding… and isn’t that a bigger story to sniff out? Especially in these times? 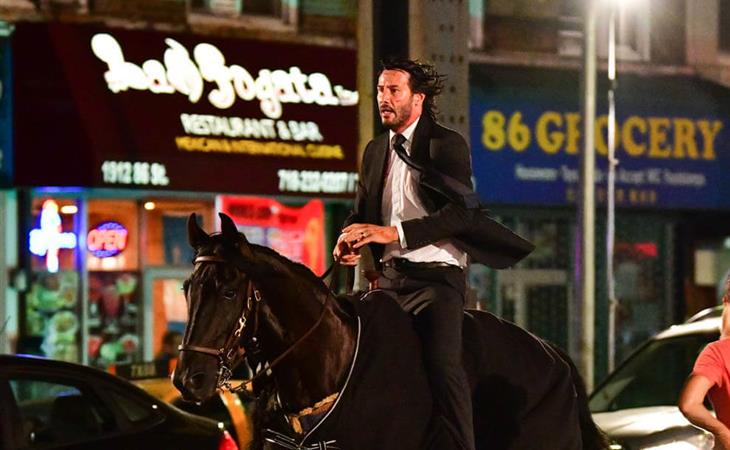