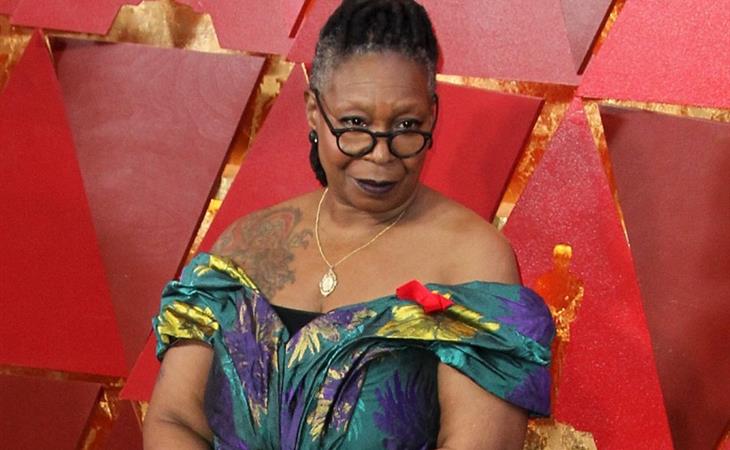 This messy AF Oscar season will never end. The latest, with just four days until the ceremony, is that maybe the Oscars have a host after all, it’s just a SECRET HOST. This theory comes from Peter Knegt, who pondered on twitter whether or not Whoopi Goldberg might actually be hosting the Oscars on Sunday. He put together a trail of clues: Whoopi is currently absent from The View which means she could be rehearsing; she has expressed a willingness to host again—she has previously done so in 1994, 1996, 1999, and 2002; she is an announced presenter, but maybe that is just code! And this is the 20th anniversary of the Saving Private Ryan/Shakespeare in Love year when she famously wore elaborate costumes on stage honoring nominees. (Let’s be honest and admit that Velvet Goldmine should have won every Oscar that year.) So could Whoopi Goldberg be the secret host of the Oscars, making her return during a milestone year, to steer, and maybe save, these messy Oscars?

On the one hand, it would be an AMAZING piece of business. Everyone dogging the Oscars so hard for their out-of-control planning stages, the Kevin Hart hosting collapse, the bad press resulting from rumors that no one wanted the job, the scrutiny, the doubt, the schadenfreude—and then they send out Whoopi Goldberg, Oscar winner and now five-time host. It would be a coup, a great bit of producing not just in pulling it together but in keeping it secret. It would launch the show, which everyone is already watching with bated breath, with a real WOW moment. It would underline that we don’t know what to expect this year. There wasn’t a host! Now there is a host!

On the other hand, do we think the Academy would really keep this secret? If they got Whoopi to host, would they just sacrifice the secret in the name of scoring some good press? They have been adamant they are trying the no-host thing this year. They’re doing a lot of sh-t this year in the name of ratings and time limits, and I don’t think a host, even a surprise host, fits into the, er, revitalization plan they’ve got going. They’ve assembled a MONSTER list of presenters—and are apparently trying to shove as many Avengers on stage as they can—the obvious goal of which is to make the show so starry and busy no one even notices the lack of emcee. With a host, especially a SECRET HOST, they wouldn’t need so many stunting presenters.

It’s an interesting theory and fun to speculate, but I don’t think the Oscars have a secret host. But that is the nature of this Oscar year—it’s so bonkers it is at least halfway plausible that Whoopi Goldberg could be the secret host. No one has any idea what’s going to happen. Maybe she will end up being the host. Maybe no one will host. Maybe they’ll drag an unsuspecting tourist off the street to host. Maybe the pizza delivery boy will be asked to hand out Best Picture. Who knows?! These Oscars might end up terrible, we may live to regret the Best Picture winner, but one thing is for sure—it’s going to be entertaining as hell to see what happens next.

Update: Just before posting ABC confirmed Whoopi Goldberg is not the secret host. It was fun while it lasted! 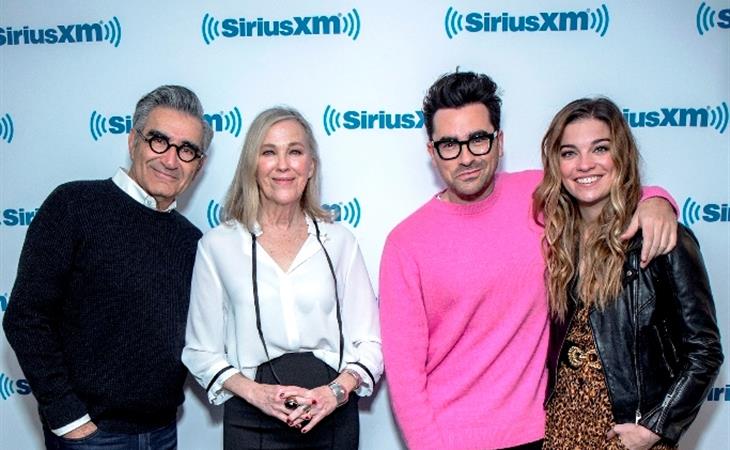 Veep’s final bow and the return of the JLD

TotalBeauty confuses Whoopi Goldberg with Oprah in tweet and apologizes