If you don’t know by now that Hamilton will drop on Disney+ on Friday, July 3rd, I assume it’s because you don’t need that information – which is fine, I get it. For those who do know, who have known, though…

The anticipation for the #Hamilfilm is intense, mostly because this version of the show was recorded in June 2016, within weeks of both Hamilton’s monster sweep at the 2016 TONY Awards and the departure of key members of the cast (Lin-Manuel Miranda, Daveed Diggs, Leslie Odom Jr. and Philippa Soo all had their final performances on July 9, 2016). A ton of the joy and excitement is that this film will feature the entire original cast (save for one member of the ensemble) and they have such a special alchemy together (check them out delightedly doing “Helpless” from home on Jimmy Fallon with The Roots) that even people who have been lucky enough to see the show once – or more – still want to get back to the original recipe, the cast that made it so special in the first place.

That’s why this most recent trailer is important, and different, even though it’s also the same:

It’s a minute long, like the other teasers that have been released, but this one has no vocals, only a few printed words – and lots of long, smouldering looks. No matter how great your seats were in the Richard Rodgers, there are some angles and interactions you can’t see as well as others; that, plus the constantly revolving stage, meant the show was almost equal-opportunity in terms of what you could see and whose blistering, savage expressions you needed to see as they delivered crucial lines.

This is where we relish that it was Daveed Diggs, who we only came to know later. This is why we obsess over Leslie Odom Jr. and Philippa Soo, even if we never saw them live. This is when we finally get to see the expressions on Renee Elise Goldsberry’s face, knowing her vocal depths well from the OBC recording, and realize exactly why and how she made Angelica Schuyler one of the most complicated women on Broadway despite not being in the thick of the action.

Plus, for people who have memorized the cast recording, the #Hamiltome, the White House performance (again, guilty) this is still a new performance, vocals aren’t to a track, but performed live – it’s as close as we can come to having been there. I know there’s room for a quote from the show, but seeing as it’s been co-opted for a book I don’t want to accidentally provide links for, you’ll just have to take my word for it that I know it’s there.

My husband, who saw the show with me in December of 2016 with some anticipation but no expectations, and who has become as rabid a fan as he is about just about anything, had a great question, though: what’s going to happen during intermission? Will they roll 20 minutes of ambient ‘audience-shuffling-to-the-bathroom’ sounds? Is there just a black screen you’re meant to pause on, after which you can roll right through if you want to? I need to know, because while I’m going to be a hyper-purist about the actual first viewing, I *might* indulge in Intermission Twitter if in fact that was a thing… because watching everyone see this show together for the first time is one of the joys I didn’t know quarantine could bring us. 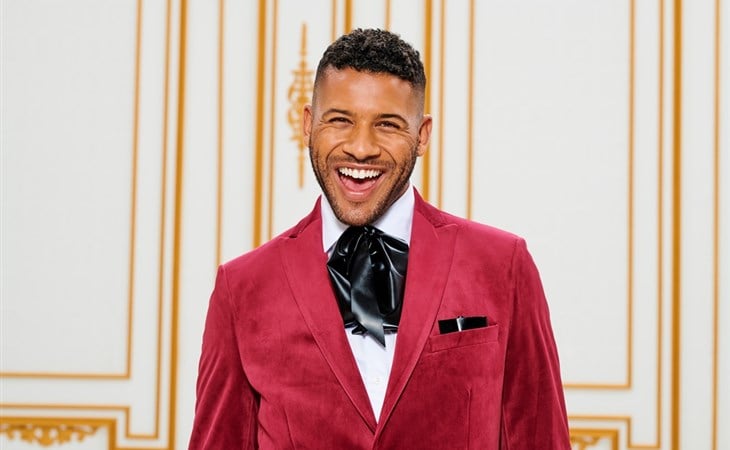