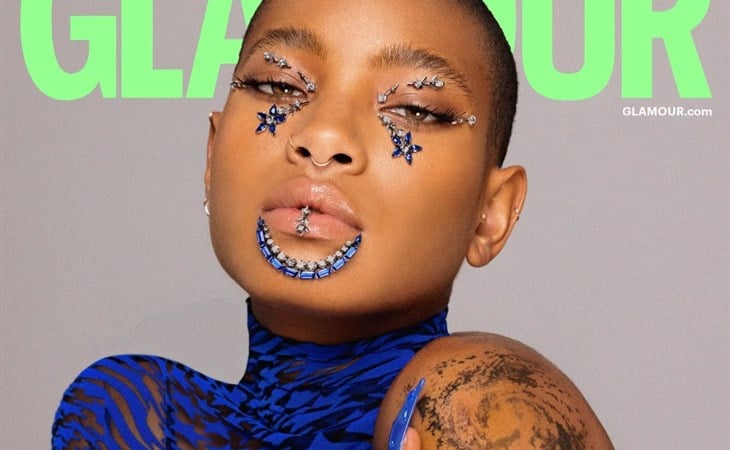 Willow Smith covers Glamour’s September issue. And the profile includes everything from seeing her mom navigate the metal scene with her former band, Wicked Wisdom, to how she stays true to herself. The interview was so thought-provoking and inspiring that while reading it, I forgot that Willow is just 21 years old.

It’s really impressive, then, that she was just 11 when she made the bold decision to cut her hair off.

“I like to see a glare on my scalp, a bounce of light,” she said during the interview, referring to her signature bald head. “Shaving my head is maybe the most radical thing I’ve done in the name of beauty.”

I love that she admits she did this in the name of beauty. Especially when you consider the amount of vanity and femininity attached to hair, and how her Blackness adds even more nuance to such a monumental physical change.

“As a Black woman there were a lot of layers to my relationship with my hair and skin growing up; it was definitely a learning curve,” she said.

I remember the first time I straightened my hair. I don’t even think I owned a flat iron at the time, I had borrowed it from someone. For years, my hair had just been in a messy, curly ponytail. My white mom, bless her soul, was ill-equipped to maintain my mane. She could do French braids and simple styles, but they were no match for my texture and got messy almost immediately. So as early as I could do something, anything with it, that’s what we went with.

I’ll never forget the look of approval on my dad’s face when I walked into the living room with my curls all ironed out. I love my dad, truly, but I had to spend years unpacking and reversing the damage of having a parent who, in so many ways, basically told you you look better white. I think what he meant was, “You’ll have an easier time out there if you look like this.” Sadly, he was right.

That messaging about looking better white came from more people than just my dad. It came from society as a whole. Back in 2016, I wrote an article called Society Treats Me Better With Straight Hair. It documented my experiences of being hit on more by men and being treated better by clients at my job cashing cheques with straight hair, along with a host of other experiences that I felt proved my (and I guess my dad’s) point. When it got picked up and republished by the Huffington Post, white people had a field day in the comment section telling me I was “making it up” and that these experiences were “all in my head.

One experience I had that I didn’t discuss in that article, though it replayed in my head for years, happened when I was working as a server in a restaurant. I had worn my hair straight for the interview process and the first few weeks on the job. But pressed for time, I didn’t have the 40 minutes to sit and press my curls into a straight line before my shift one day. So I wrapped it neatly in a bun and floated into work, happy to be switching things up.

“Is that your natural hair?” my boss asked. When I nodded yes, he looked me square in the eye and said, “It looks messy.” I was crushed.

Initially, Willow’s haircut was interpreted as an act of rebellion. And perhaps, in part, it was. In the interview, she recalled her frustration with being overworked on tour and decided to part ways from her braids. That makes two of us. Kinda.

I wasn’t on tour when I decided to cut my hair completely off in November of 2021, but I had just come back from a tumultuous group trip. And I certainly didn’t have a “signature style.” I had curls. Lots of them. And length. Sometimes I straightened it. Sometimes I wore it out. Sometimes I opted for a ponytail. Sometimes it was a messy top knot. But in November of 2021, I reduced my roster of haircuts to just one – a buzz cut that left much of my unseen scalp on full display.

The last half of 2021 kicked my ass. I had a major falling out with some friends who are now permanently out of my life. I was having to think about making a move from my dream job as my contract winded down. My relationship was in shambles, and I made the expensive decision to take my daughter’s dad to court to secure a last name hyphenation that he refused to sign off on.

After that tumultuous group trip, I was cutting out the extensions I had in my hair. It was a guessing game as to where my real hair ended, and so a few of the cuts were not only of the extension, but my real hair. As I sat there, cutting, I thought about the weight of my hair while on the trip. The extensions were heavy. I realized that carrying hair around is a lot of work. And a lot of weight, literally and metaphorically.

I remember purposely cutting a bit higher up to get some of my own hair off my head, stopping myself, knowing I’d be better off leaving this to a professional. Within days, I was seated in front of a hairstylist who kept asking me, “Are you sure?”

The last time a hairstylist asked me if I was sure was 2008. I was inspired by Rihanna’s bob and thought it might look just as good on me. Boy, was I wrong. I vowed never to cut my hair again. And for all the years that followed, I visited the salon only when necessary, requesting that only the ends were trimmed. I wanted long, luscious locks and nothing else.

But when 2021 came, the responsibilities of working, raising my daughter and having to appear in multiple camera meetings daily just caught up to me. More importantly, the dead, stagnant energy I was hauling around on my headtop for over a decade inspired me to make a major change. The hairstylist turned me away from the mirror as she whizzed around my head and it’s hard to describe the feeling I got when she eventually turned me around to face the mirror. So much had changed while so much was still the same. I could see my face. All of it. Differently. More than anything, though, I felt lighter, relieved. I felt brave. I felt ready.

Willow Smith says cutting her hair was the most radical thing she’d done in the name of beauty. I’d say cutting my hair was the most radical thing I’d done, period. Screw the time I got a tattoo at 18 without telling my parents first. Screw the time I got bored and decided to register a business doing something I had no knowledge how to do at the time. I cut my hair out of desperation. I was desperate for healing.

That’s why healing is the word I’ve used to define the process of getting what’s called a “big chop” in the Black hair community. Healing. Because there is a certain surrender in ridding yourself of one of the key pillars of your identity. There was so much hiding I could do behind those curls. My hair was my safety blanket. And I ripped it off and now stood naked in front of a crowd of people. A massive change like that forces you to be you, unapologetically.

“However I’m feeling, I like to do that. I don’t really like to think about it too much,” Willow explained in the interview. “I love to be free with it. I think just being me sometimes is radical. For a long time, women have been looked at and expected to be in these boxes. It’s up to the people who have been a part of the oppressing, but it’s also up to us to step out of that,” Willow said. “That’s scary, and it’s sometimes dangerous.”

“I had to look up to other beautiful Black women. Just looking at someone who’s like me, living their truth and doesn’t let what society says tear them down,” Willow said. “I think that was the most important [influence] for me as a child.”

While I certainly have that now, I didn’t have that growing up as a bi-racial kid. So it’s no wonder it took me 18 years longer to muster up the courage to cut my hair off than Willow had when she was just 11 years old.

Within days of my big chop, I got some pretty ignorant questions about whether I cut it because it was damaged. I think a lot of that had to do with the narrative that Black women wanting short hair could only ever be done out of obligation, never by choice.

That’s why Willow Smith cutting her hair at the age of 11 was very radical, very badass, and very important. Because by deciding to adopt this as her new signature style, she showed everyone that sometimes, being bald is a choice, and being bald is beautiful. 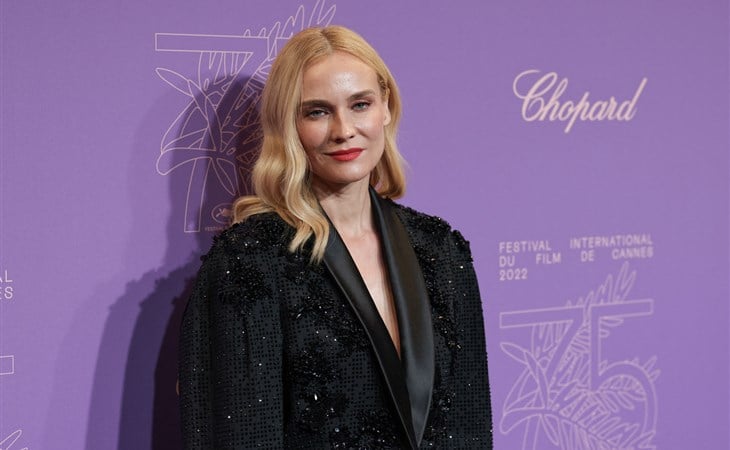 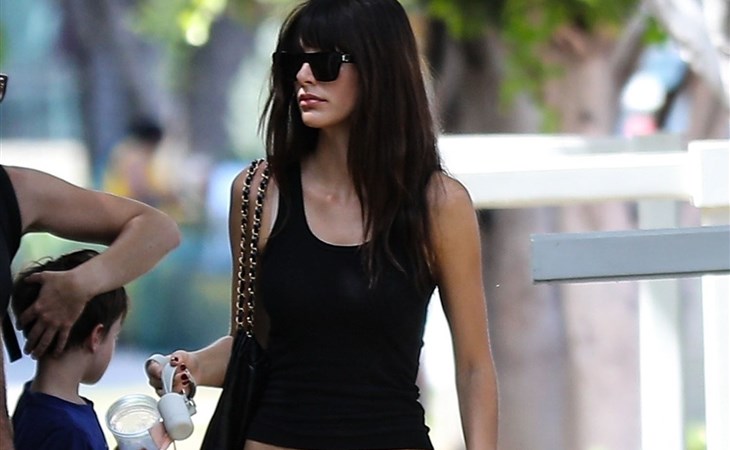