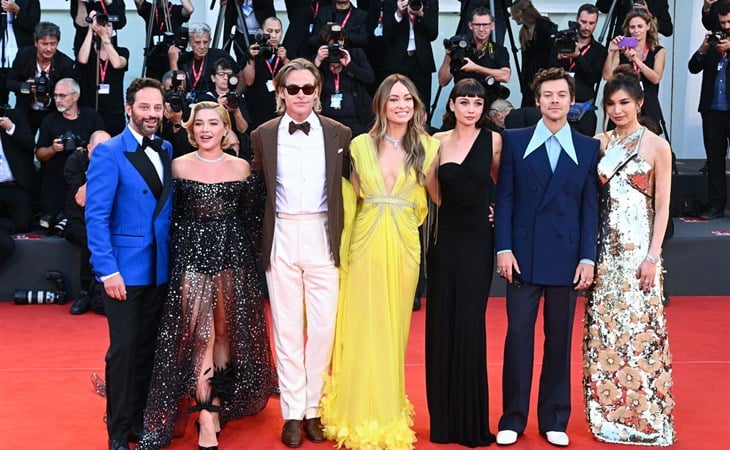 The big gossip story coming out of the weekend at the Venice Film Festival was always going to be Don’t Worry Darling. And indeed it was…

But no one expected it to get this out of control. No one could have expected that social media would explode over video of Harry Styles and Chris Pine and the Phantom Spit. Harry’s people shut it down and Chris Pine’s rep released a statement to PEOPLE yesterday denying that Chris was spat on:

"This is a ridiculous story — a complete fabrication and the result of an odd online illusion that is clearly deceiving and allows for foolish speculation. Just to be clear, Harry Styles did not spit on Chris Pine. There is nothing but respect between these two men and any suggestion otherwise is a blatant attempt to create drama that simply does not exist."

It is wildly ridiculous story, for sure, but as for the drama… well… the drama DOES in fact exist. Maybe not between Chris and Harry but definitely between other members of the Don’t Worry Darling team that isn’t a “complete fabrication”. Because if it was a complete fabrication, Olivia Wilde and Florence Pugh would have at least stood next to each other on the red carpet or exchanged a few words at the screening, knowing that so much of the focus has been on their relationship – or lack thereof.

So I wonder whether or not there were negotiations behind the scenes leading up to Venice. Certainly, if I’m on the communications and PR team, it would have at least been suggested for the two to collaborate on a solution – that’s what comms people do, there is no way this wasn’t explored. And then … rejected.

The reason I’m focusing on the PR angle here is because…well… the movie comes out in two weeks! Florence Pugh, the film’s lead, will not be doing any more promotion for it. That’s already a major problem for the studio, Warner Bros, because ultimately they want to make their money back. And if the main character in the film isn’t making a push for it, how much confidence does that inspire in the audience?

Is there a move here, deep in the crisis management playbook, that could save Don’t Worry Darling?

Like I said earlier, this was not what anyone prepared for – because from the moment production began on this film, given this cast, and its director, it was all positive hype. People were like… Florence and Harry, what?! And Chris Pine? And Gemma Chan? And Olivia Wilde? When they announced the release date that was also a sign that the studio thought, perhaps, given Olivia’s critical success with Booksmart, that they might be able to make a play off word of mouth and the buzzy actors involved. And even after the sneak peak releases and the trailer and the poster, despite the online toxicity directed at Olivia from Harry’s fanbase, there was reason to be optimistic.

But the last two months have derailed all that momentum. The window to rebuild that momentum is closing. Is it even possible to get the momentum going again with Florence?

She is the lead in this film – the story is about HER. And now the film is in trouble, and she’s still choosing to tap out of promotion. Yes, “choosing” is the word choice here because I’m not sure anyone really buys that her Dune 2 film schedule can’t accommodate her participating in promotion for Don’t Worry Darling. As the lead in the film, that’s almost always an expectation. Florence and Scarlett Johansson were both promoting Black Widow last year, when pandemic restrictions weren’t eased, and Scarjo was pregnant, and even though she skipped the carpets, she still sat for the virtual junkets and recorded all kinds of video promotional messages. I know this because I interviewed both of them from my living room on my laptop!

So I’m telling you that no matter what the situation, if Florence wanted to do press, if she wanted to support Don’t Worry Darling, they would have accommodated it, there is no question. And remember, she’s spoken very warmly about the Don’t Worry Darling team, about the crew, about the work they did, and she would know that it’s often the responsibility of the star to be out there front and center making sure that that work is seen. Miss Flo has a good reputation on this front, so if she’s opting not to severely limit her presence in association with this film, to the point where she won’t even stay for the duration of the standing ovation, and departs before any of her cast mates, that says more than the Phantom Spit.

This is the impossible miracle that the Don’t Worry Darling PR people have to pray for every night. For Florence to change her mind. And right now… it’s not looking like she will.

Attached - more shots from the Don't Worry Darling premiere in Venice as well as Florence arriving at the festival on the weekend. 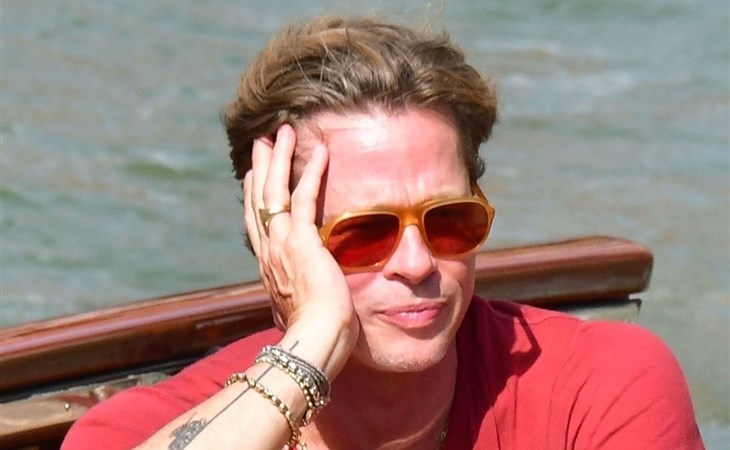 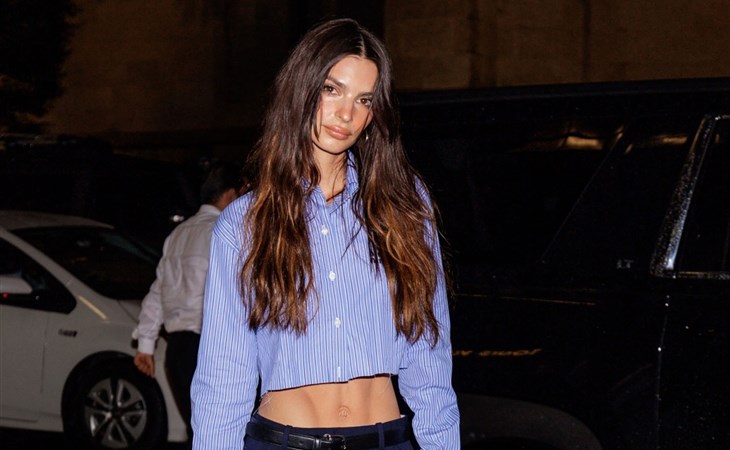