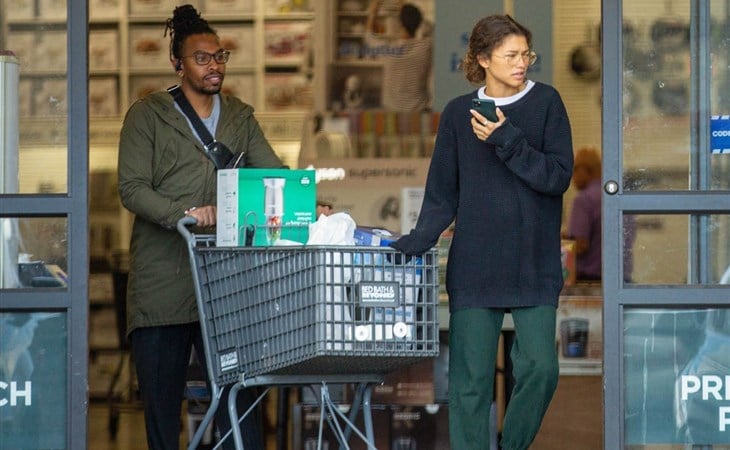 Zendaya during the delay

Just six days ago, HBO’s Euphoria posted a photo from the season 2 table read featuring Zendaya and Angus Cloud, looking very much like their characters.

I know I’m not the only one who finds Angus’s character, Fez, attractive. Now’s the time for you to figure that out for yourself. Watch Euphoria if you haven’t already. Zendaya is so f-cking good on this show. And yes, it will stress you the f-ck out about the youth, but at the same time, it might give you some perspective about the youth, as we all should have more time on our hands to understand each other better.

Speaking of time though, like most shows, production on Euphoria season 2 has reportedly been delayed due to Covid-19. Which means we can all now go back and do our homework and catch up on shows that are backlogged in the queue. Euphoria! The Outsider! Succession! McMillions! Should I watch Westworld? After I get through High Fidelity, Utopia Falls, Pen15, and I’m not making my way through a Chinese period drama called The Untamed, even though there are 50 episodes because my people don’t know how to f-cking edit!

Anyway, now that work has been suspended, Zendaya’s spending a lot more time at home, practising social distancing. Here she is at the grocery store stocking up on supplies with her brother yesterday. Presumably she’s also self-isolating with her boyfriend, Jacob Elordi, who would have been in LA for Euphoria season 2 before they got put on hold and they were just seen together on the weekend out for coffee – the Daily Mail has photos here. Can’t imagine he’d be going back to Australia right now. So basically an indefinite period of time together, or an extension of their time together since it seems like they’ve been pretty inseparable for months. Show Your work: Live… in the time of Coronavirus Black Widow gives up the ghost