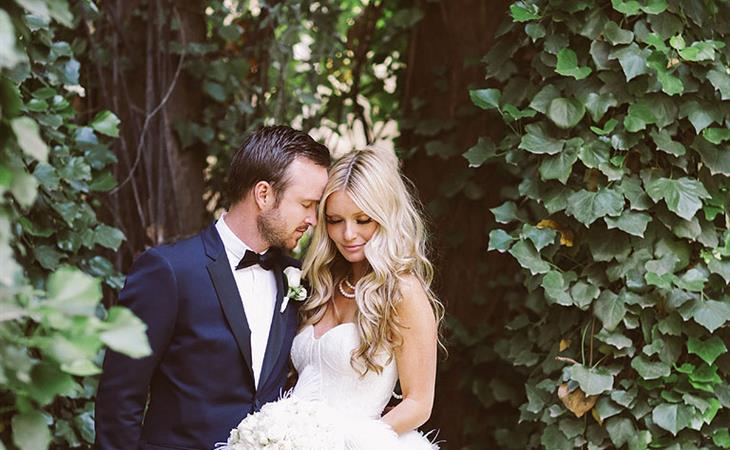 Well, Aaron Paul fans, we knew this day was coming. (Ok truthfully I thought they might break up before they got married.)

It’s a strange thing when a celebrity crush gets married, isn’t it? I mean it’s not like I think Aaron and I would be suited to each other in real life – we aren’t even suited to each other in fantasy life. He and Lauren did a Jack-and-Jill trip to Vegas recently – I helped plan a bachelorette party in Las Vegas in a few weeks, no boys allowed. They had a masquerade theme wedding – I don’t even dress up on Halloween.  They Instagrammed every step leading up to the wedding – I don’t have Instagram. He calls her Mrs. Paul – I didn’t change my last name after I got married.

Some more details, per US Weekly (they curiously have more candid-looking photos, whereas People had the official wedding portrait):

There was a Ferris wheel and a swing ride in keeping with the Parisian 1920s carnival theme. There were also burlesque dancers. (I don’t even know how to process this.)

In the US photos, you can clearly see Aaron is wearing a dark blue suit (I would guess Burberry) and looks fantastic.

Yet there is a Twi-Hard-like urge to gauge whether their chosen partner is a good fit for them and debate about the wedding dress with your friends. But seeing Aaron look all happy on Instagram feels like there may be hope for Jesse Pinkman. Right now, I can’t quite separate them.

If Aaron’s Twitter is any indication, Breaking Bad has wrapped for him.  The final season airs this summer. One of the best shows ever, in which he co-starred, is over. It’s a massive transition for an actor to go from working with a consistent schedule in New Mexico to spending all his time in LA (hopefully not driving around in a Lambo. Aaron also signed on to Need for Speed, a Dreamworks feature. And now he’s married. He’s transitioning away and looks like he’s doing it with a plan, which includes an expeditious photo release to PEOPLE Magazine. Oh this is where I’m supposed to rag on him for selling photos to PEOPLE, but - double standard alert – this is exactly the right move for him. Get his face out there in a pleasing, family-friendly way to reach all those people who don’t watch Breaking Bad but may buy a ticket to a car movie. (Lainey: why do their eyes have to be closed!?!?!)

Aaron needs to push past the last season of Breaking Bad and still be interesting to casting directors and the public – a happy family life may be key to that. The market for 30-something actors trying to be movie stars is crowded so he definitely needs something to elevate him past the Taylor Kitschs and Charlie Hunnams. And lucky for him, Lauren seems up for the job. She’s young, blonde, pretty and the co-founder of Kind Campaign, an organization that aims to bring awareness to female bullying. If he can be disciplined with his choices and message, we could be looking at the next Afflecks. (Lainey: um, Maria’s views on this matter are her own.) 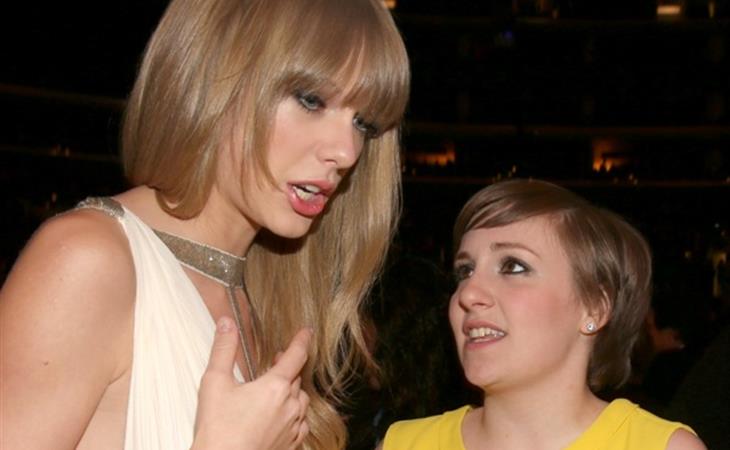 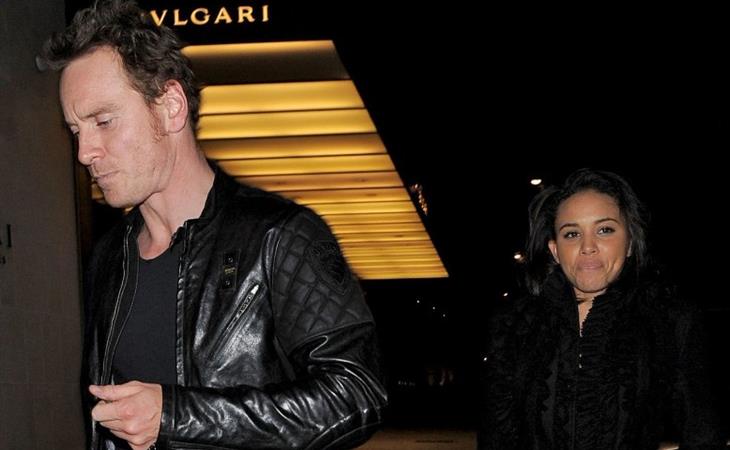