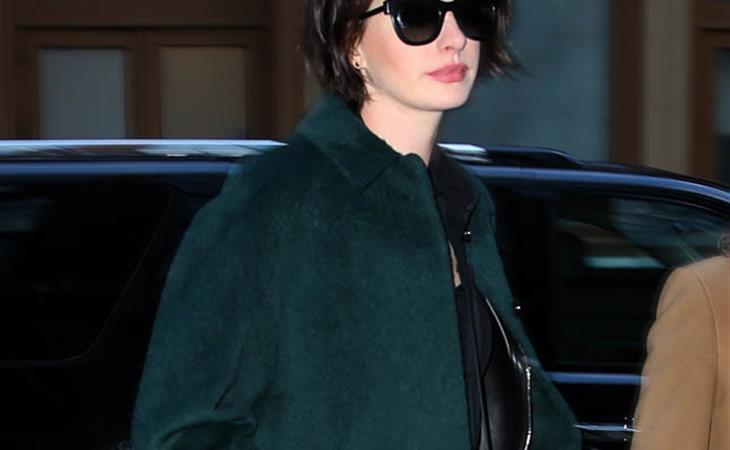 Anne Hathaway has been out there doing press for the upcoming Song One but since everyone’s in award season fever, she’s kind of moving under the radar. By her standards. Usually Annie tops the headlines. Here she is in New York in a green coat – great colour on her.

Annie talked to Hitfix recently about the Oscars. She hosted with James Franco. He pretty much bailed on her. Then she won one. And the internet turned on her. So how’s her love/hate relationship with the Oscars now?

"That might be true. But I'm really excited when you watch people grow through it the first time. That energy is a very real thing. Like right now I'm really excited for Eddie Redmayne... He's an incredible actor, so hard-working, and he's killed it in every role he's ever had, whether he's had one line or he's singing an aria in 'Les Miz.'"

Anne was at a post-Globes private dinner for Eddie last week. So he’s definitely getting her vote. And Hugh Jackman, who also worked with both of them in Les Miserables, hosted an event for The Theory Of Everything back in the fall. I’ve attached new shots of Hugh Jackman walking around NYC today. I imagine Hugh might be on Eddie’s side too? Not sure that’s enough though to take on Michael Keaton and Bradley Cooper. 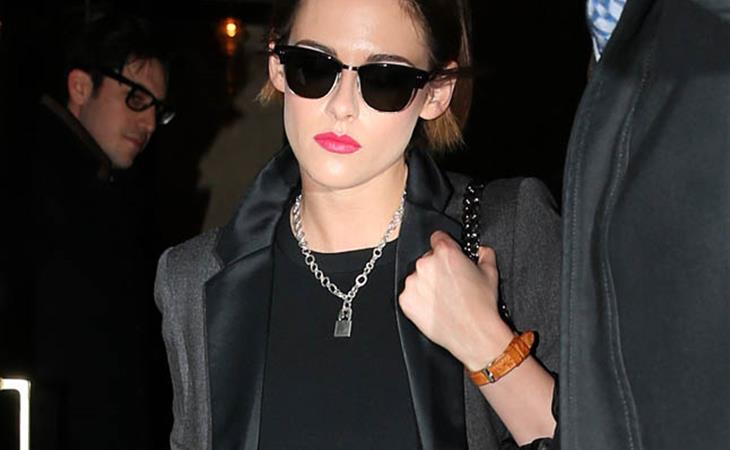 Kristen Stewart would like some of that Marvel gravy 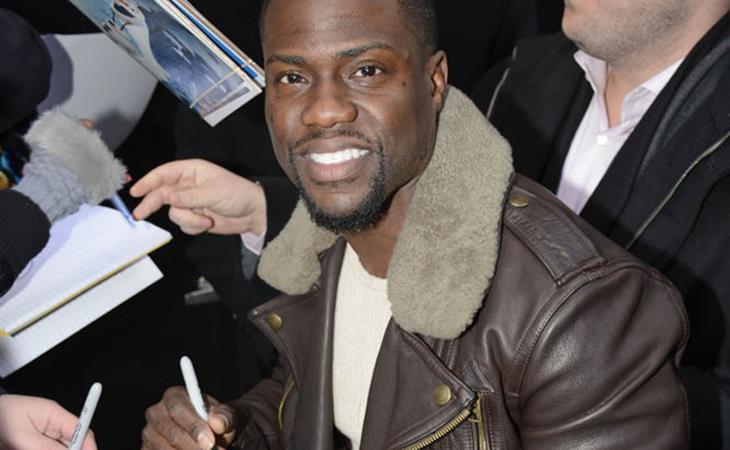