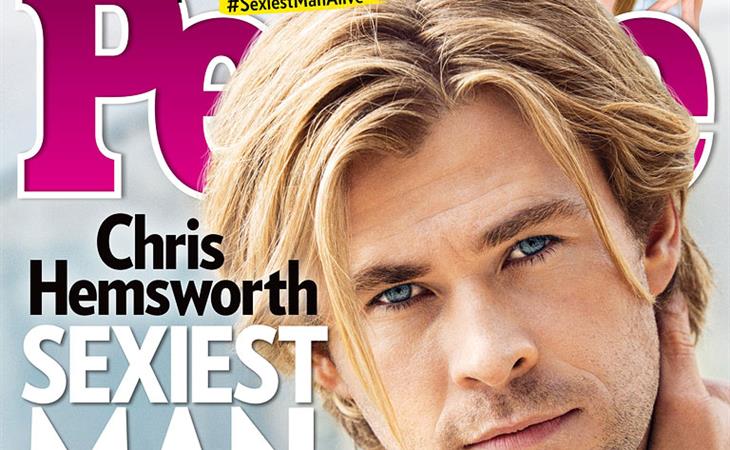 Not really my type (my Hemsworth is Liam) but empirically, with all that fluffy hair and those thigh muscles, it’s a MiniVan Majority-friendly choice. It was not, however, the most obvious choice. He wasn’t even on my list of contenders. After a few people sent in suggestions to handicap Hemsworth’s chances though, I addressed it on November 10. Here’s how I broke it down at the time:

Hemsworth is an understandable selection. Physically, he certainly has it. And while he’s not American, the hunk-ness of his appearance, the blonde-ness of his hair, the alleged sexy ruggedness of his body could easily overcome the nationality obstacle. The only problem with Hemsworth however is that he is, ironically, the weakest Marvel superhero. Like, really, come on, who cares about Thor? And, more importantly, would it be Thor before Iron Man? Before even Captain America? Captain America Chris Evans might have a better shot.

We haven’t seen Chris Hemsworth in a movie all year. It’s been an entire year since Dark World Thor came out. And Captain America was released just 6 months ago. Even Adam Levine’s SMA timing made more sense. After all, when he was crowned, The Voice was on TV every week and getting great ratings. So, going back to the Bradley Cooper comparison from today’s introduction, is it possible that it was offered to Evans first (like it was rumoured to be offered to Ryan Gosling first the year Cooper was named) and that, for whatever reason, it ended up with Hemsworth instead?

What could possibly be the reasons?

Well, look at this cover.

Coincidence or conspiracy: ALL THREE MEN on this cover are Marvel properties. Idris Elba you also know from the Thor movies and he has a cameo in the upcoming Avengers. Chris Pratt was a breakout star this year in Marvel’s Guardians Of The Galaxy. That’s a lot of Marvel on the front page.

And Marvel has to know right now that Thor has the least amount of buzz heading into Avengers: Age Of Ultron. Maybe Warner Bros realises that too because Hemsworth headlines their film In The Heart Of The Sea, opening in March. That movie looks expensive with all the special effects etc. Doesn’t hurt if the main star is the reigning SMA. And, well, Hemsworth, in participating in the exclusive photo shoot and cheesy interview, only makes it obvious why Chris Evans wouldn’t want to play this game, especially considering how reluctant he’s been to wear the heartthrob, superhero, beefcake Marvel poster boy crown. This is not the brand strategy for Evans.

So it would seem that Chris Hemsworth is the one who needs it the most, certainly more than Chris Pratt. But does that devalue the Sexiest Man Alive? It’s a property that, arguably, has already been devalued in recent years. It’s the difference between being a King maker and welcoming a King. Great for PEOPLE Magazine to be in the position of King maker but, at the same time, if the subjects have to come asking, it kind of takes away from the prestige. 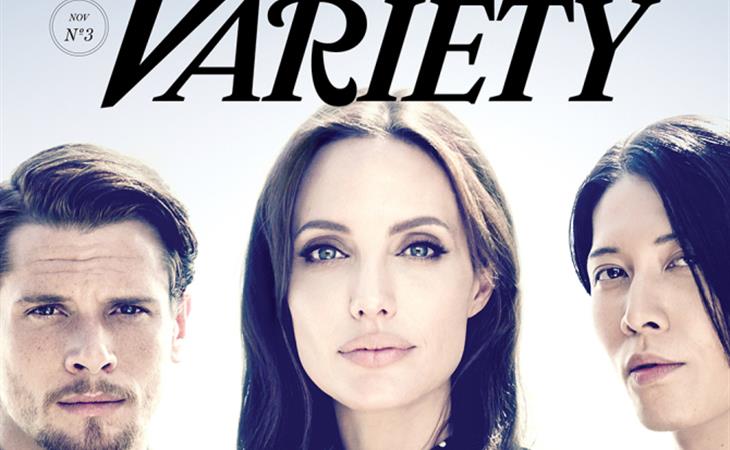