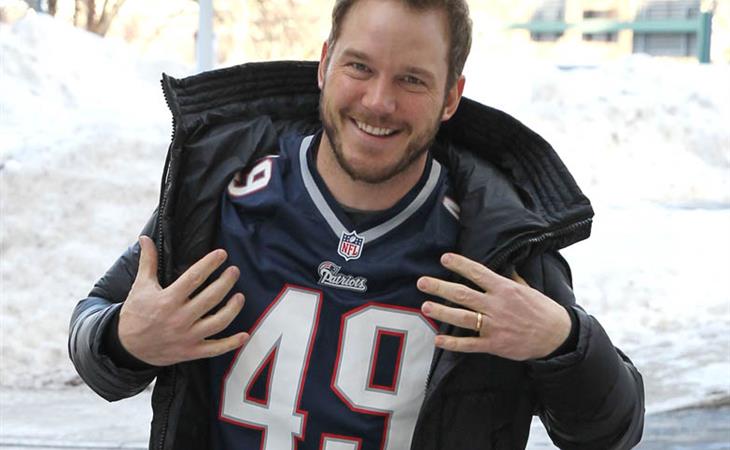 Chris Pratt and Chris Evans bet on the Super Bowl. Pratt’s West Coast, Evans is East. They were playing for charity. Obviously Evans won. So here’s Chris Pratt today in Boston visiting the kids at Christopher’s House, supporting families with children who have cancer and are being treated at Mass General Hospital. He wore a Patriots jersey.

Of course he did.

Again, how can you not be down with Chris Pratt’s success?

After I posted the cover of the Vanity Fair Hollywood Issue, featuring Channing Tatum, Amy Adams, and Reese Witherspoon, a few of you emailed and tweeted wondering why Chris Pratt wasn’t included. He did indeed have a monster year. And there’s more on the way with Jurassic World.

Jurassic World is a major release. And I wonder if he’s not in the Hollywood Issue because he’ll be getting his own issue closer to when it’s time for the movie to come out. So he doesn’t have to share.

Also attached- Just released photos of Chris Evans with Pratt on their way out of Christopher's House today after their visit. 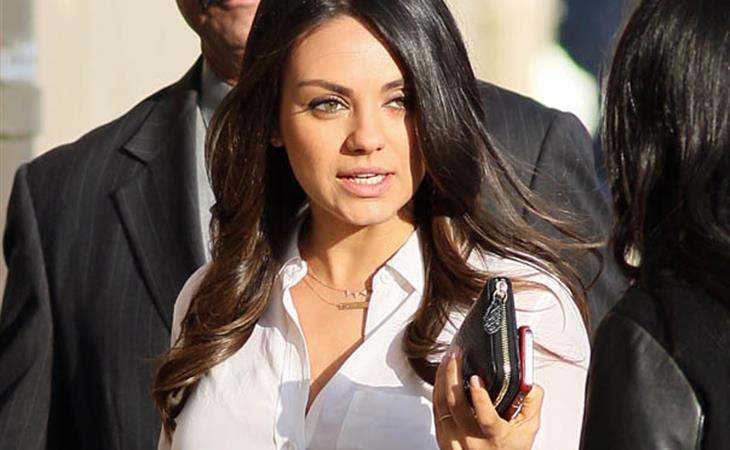