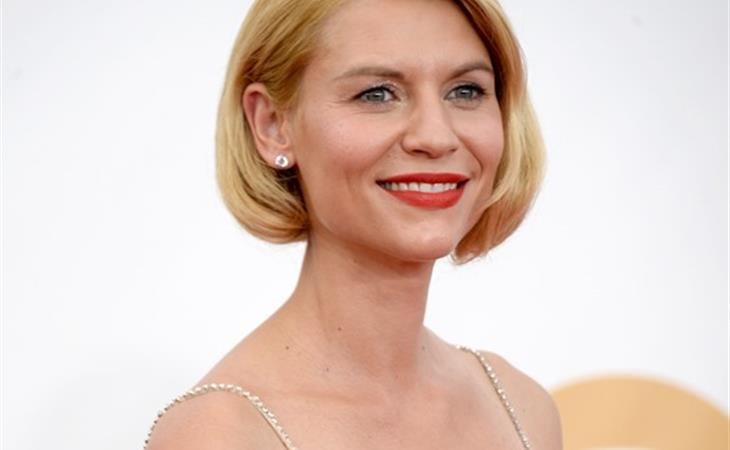 It’s partly her own doing, I think. Had she showed up just on her own as Claire Danes, then she would have just been Claire Danes and the hair and the tan and that dress, which is not getting enough criticism, would have been judged on their own.

But she showed up for most people’s first time on Ryan Seacrest’s carpet, hijacking the Lena Dunham interview and essentially pushing him off camera. And then you begin to see just how many differences there are between Danes and Dunham, and how you really can’t replicate youth once it’s gone, and how these women are going to wind up discussing and comparing “your body or your face” endlessly as they get older.

(It was kind of cute how much they liked each other, though, right?)

I can’t help but feel that this uber-thin look with the dress falling off and the tan – it’s all a clear reaction to last year, when she was voluptuous and pregnant and not looking like a pretty princess, but a gorgeous woman. Didn’t she? At the Golden Globes in January she had a full-on bombshell thing going on. So why this overdone ballerina thing, like a West Coast version of Black Swan?

It’s too early for Danes to be thinking about her next job, and yet, maybe it isn’t. Homeland is suffering from huge high expectations – the second season was NOT what the first was, and the third season leaks haven’t necessarily been causing tongues to wag with the joy of how great they are – so maybe she’s making her plans for the next step. I still don’t know why this is what that is, though. She’s never had to rely on traditional roles, workwise, so I don’t know who she thinks she’s pulling in with this? Or was it that she thought it looked good?

Lest I forget, she was incredibly classy when mentioning the writer who passed. Which is more than I can say for some parts of the script that didn’t make it clear on whether he died, or died in, like a giant cake vat like in Six Feet Under. I’m not trying to be trite, but “Tragically, died” is different than “Died Tragically”.   Let’s be precise with our words, writers!

(Lainey: the bob SUCKED. It looked like a helmet. It didn’t move. It aged her. It was sh-t.) 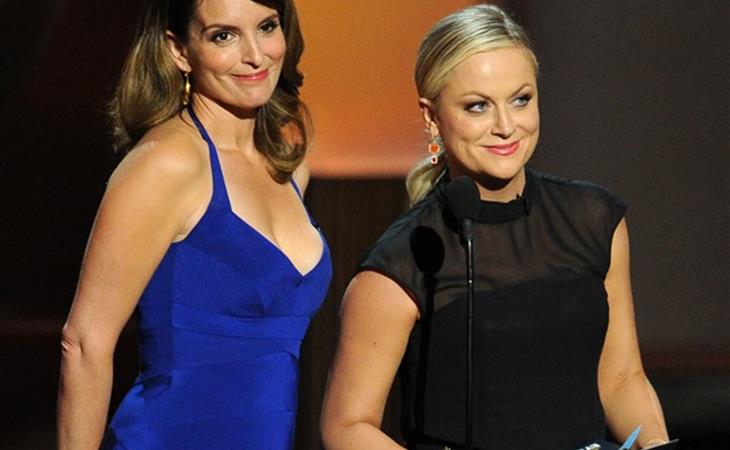 Best Emmys Save: Tina and Amy 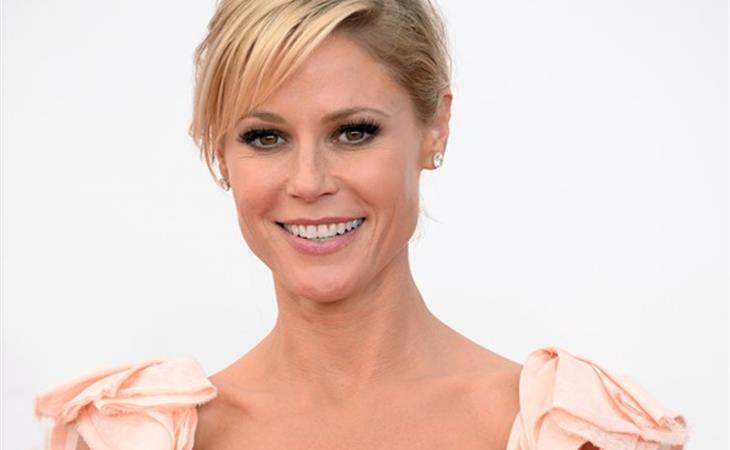