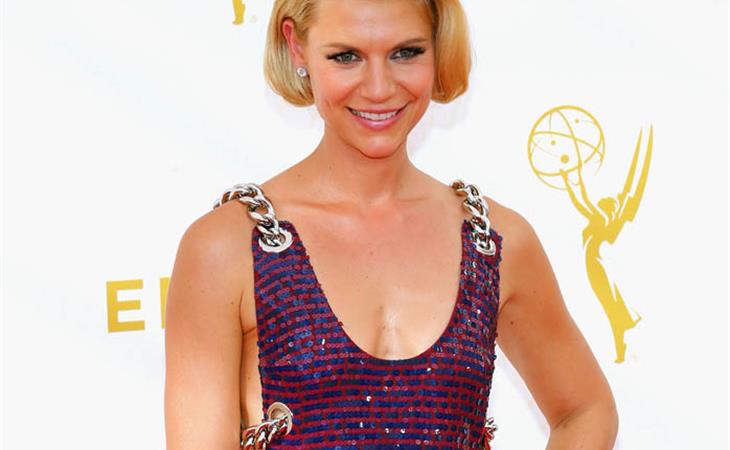 Much was made of the chains on Claire Danes’ dress. MUCH.  I feel like all the Seacrest interviews went by in a blur of them checking out his jacket designed by him anyway, but it was so clear that he didn’t have much to say about Homeland by the amount of time he spent on the chains.

They’re cool, and it’s overall a great Prada dress, but somehow it still doesn’t work for me. It feels like it should either be tighter or looser – the way it’s draped down the front and folding on the floor feels like it was assembled on an approximation of a person.

However, I like the theme she has going. Armor. Don’t get too close, no matter how sweet my pink dress looks. She had the same thing going the night before at the Showtime party – the bodice of her black dress is covered in armor, and look at the smile she has as a result.

Elsewhere today Sarah is talking about awards fatigue – I feel like Danes suffers from a version of it: nomination ennui.  She’s won some and lost a bunch and seems to never want it (or, maybe, knows she doesn’t deserve it), but she still shows up, and seems to use the red carpets as an exercise in muffling her more intelligent comments so she doesn’t alienate anyone (see also Bialik, Mayim). So many of the speeches and dresses and interviews are so similar that it’s a pleasure to never know exactly what she’s going to say. 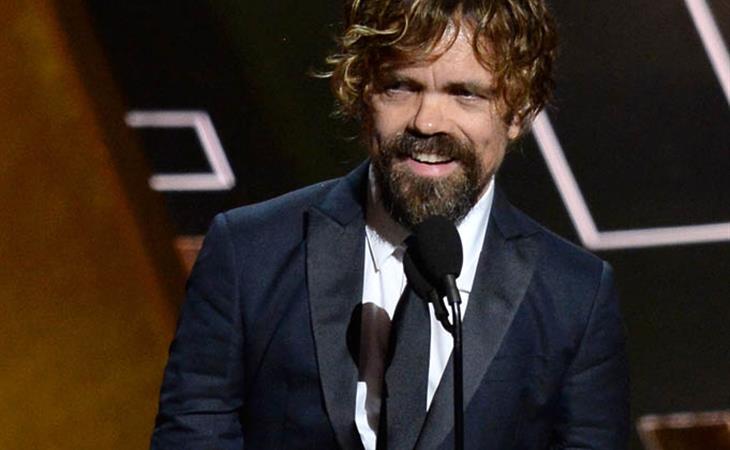 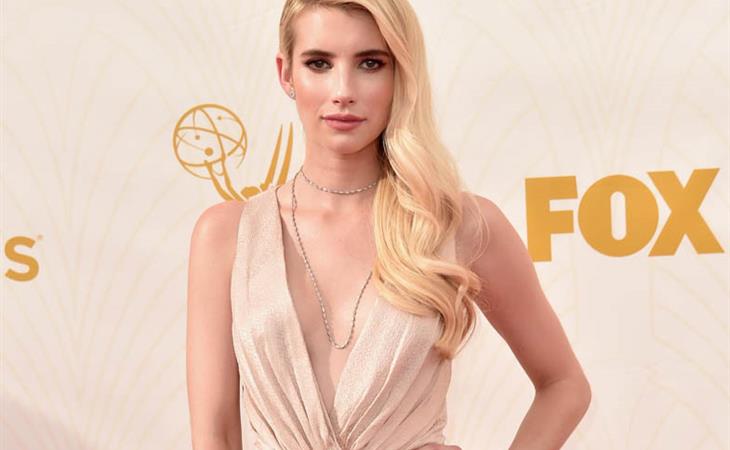