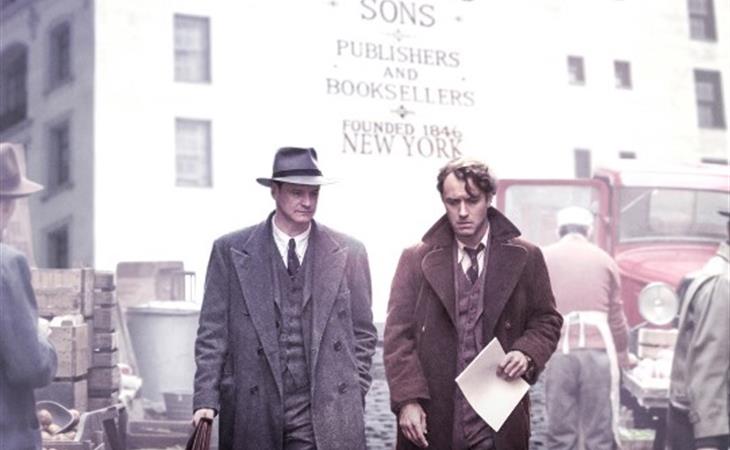 The first hurdle to clear with Genius, the feature film debut of English theater director Michael Grandage, is that everyone is played by Brits and Aussies, and by “everyone” I mean some of the most towering figures of American literature. You cast the best actor for the role and a good actor can convince you they’re anyone, so it shouldn’t really matter, but there is something profoundly odd about watching a parade of Lit 101 All Stars appear on screen and struggle with American accents. Jude Law, in particular, overdoes it on his North Carolinian twang as Thomas Wolfe, one of the twentieth century’s greatest American novelists. It doesn’t ruin the film by any means, it’s just a quirk of this production.

Genius, adapted by John Logan (Skyfall, Hugo) from A. Scott Berg’s biography Max Perkins: Editor of Genius, is a film about books, and in particular, the editing of books. Having edited short fiction for publication, I appreciate many of the cinematic grace notes applied to an editor’s odd job of saying, “I love this, now rewrite it!”, but I don’t for one second think this will be compelling drama for the average viewer. It won’t be, especially as it flies in the face of the popular image of the artist as a singular genius who creates in a vacuum and is never influenced by anyone, let alone told to go back and try again by some stuffed shirt. Genius would be a much easier sell if it was entirely about Wolfe and his wild narrative hares, and not the guy who tells him to cut hundreds of pages from his brilliant manuscripts.

The push-pull between editors and writers occupies most of the film, in particular the working relationship-cum-friendship between Perkins (Colin Firth) and Thomas Wolfe, a famously verbose writer with a huge, domineering personality. Firth is reliably effective as Perkins, and if Law trends into ham territory, it can be forgiven because Wolfe was reportedly so dynamic in person. It’s also forgivable because Genius needs that burst of passion, as the other performances are serviceable but constrained. For a film ostensibly about American artistic sensibility, Genius is very English in its own presentation—classy but restrained.

This is an “Actors Acting” film, where not a lot happens but actors in rooms, acting at each other, and it could have been an elegant little example of the dramatic sub-genre. But Genius is the kind of movie that tells you a character is strait-laced by having him wear a hat everywhere, even to bed. And then it tells you he is loosening up by having him visit a jazz club—escandalo! For a film about finessing texts, there isn’t much finesse in Genius. And when the final fall out between Perkins and Wolfe comes, it’s been so often foreshadowed by other characters that it’s hardly surprising or even interesting. And then F. Scott Fitzgerald (Guy Pearce) shows up to recap the scene we just watched, including Perkins’ feelings about it, which is obnoxious. For a film about editing, Genius could have used some revision. 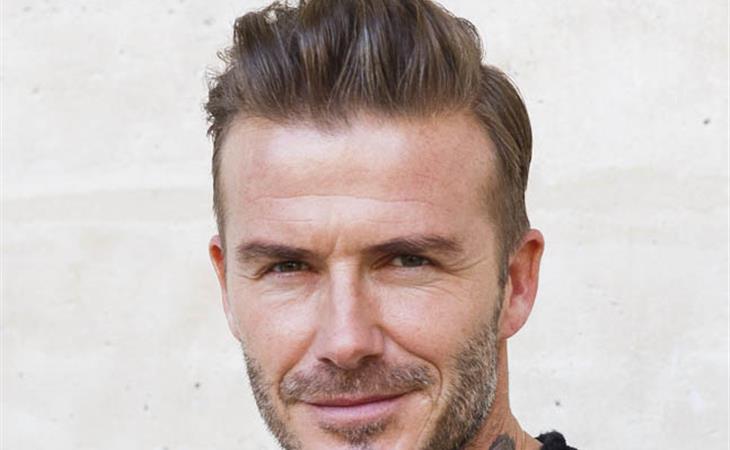 The Beckhams in Paris and New York 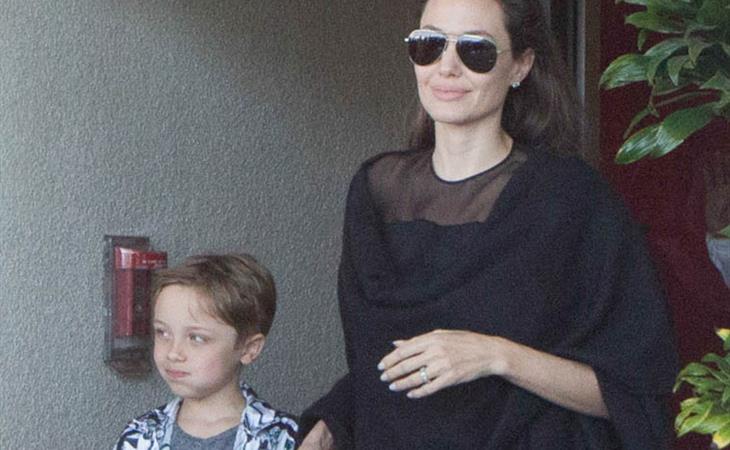