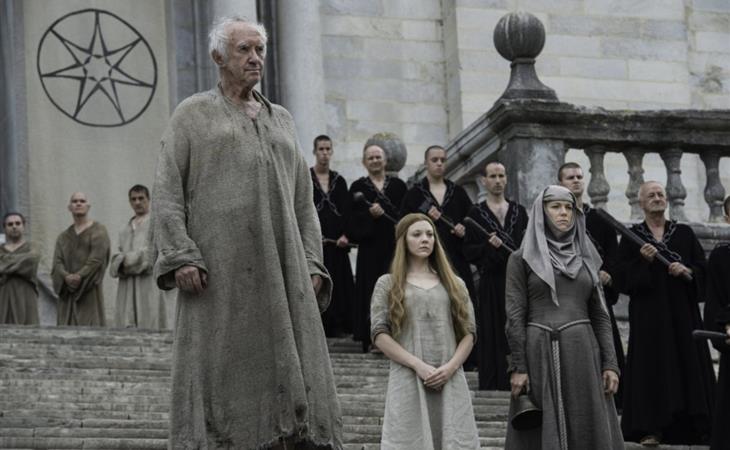 You can really feel the downhill run coming as the story advances by leaps this week. Let’s start with the part no one cares about, the Lannisters and Tyrells and High Sparrow. The Tyrell army shows up to liberate Margaery and Loras, but Margaery basically saved herself by getting Tommen to convert and align with the High Sparrow. I don’t care about any of this compared to what’s going on in the other storylines (Lainey: I do! Because doesn’t this mirror the real-life political leaning towards a Union of Church and State, even though its separation was considered a fundamental pillar of modern democracy?) but I guess the point is that King’s Landing is falling further into factions and in-fighting, which makes it ripe for invasion. And with Jaime exiled from the city, it does feel like Cersei is exposed, Mountain or no. The Lannisters are stretched thin these days.

As are the Freys—GOOD. (F*ck the Freys forever on a bed of nails.) In the Riverlands the houses are rising up against the Freys and Jaime is taking a Lannister army to back them up and reclaim Riverrun. The teaser for next week’s episode shows the return of the Blackfish (Catelyn’s Tully uncle who escaped the Red Wedding on accident) and sets up a battle between Tully and Lannister forces. We’ve all been anticipating the Jon Snow v. Ramsey Bolton showdown in the North, but what if the big battle at the end of the season isn’t the Battle of the Bastards, but The Revenge for the Red Wedding? Or maybe it will be both. A LOT is happening this season.

We continue to see women assuming power, too. First Margaery, outwitting pretty much everyone to secure her own freedom on her terms, and then Arya, who declines to kill Phryne Fisher and reclaims Needle. She’s going to have to fight her way out of Braavos, though, as the waif will be looking for her. But it finally feels like Arya’s path is pointing homeward, where she will be Arya Stark again. One wonders if her way home is with Theon and Yara, who are teased in next week’s episode and seem to be heading away from Westeros with their ships.

We’re also finally getting answers to long-held questions, like “How big of a bag of dicks is Sam’s dad, exactly?” Answer, a REALLY F*CKING BIG BAG OF DICKS. Sam’s dad is The Worst, and I hope ice zombies eat him, or he dies in dragon fire, I can’t decide which is worse. That whole humiliating dinner scene was physically painful to watch, but it was so fun watching Gilly stand up for Sam. It was also fun watching Sam steal the family longsword. That move is basically Sam saying, “Dad, I know that sword is one of only two types of weapons we believe can kill White Walkers, and I also know White Walkers are an imminent threat to Westeros. So I’m going to f*ck off with this sword and leave you, essentially, undefended. Byeeeee!”

But we also find out what happened to Benjen Stark all those seasons ago. It turns out he is “Coldhands”, the mysterious figure helping people north of the wall. He did die on that ill-fated ranging party but the elves were able to prevent him from turning into an ice zombie. So poor Benjen, stuck up there forever, since he can’t pass through the Wall. But also good for Meera and Bran because they really need the help. And Bran is the Three-Eyed Raven now, so we’re all doomed, because Stark men always find a way to f-ck sh-t up.

And then came my favorite part of the episode—Drogon came back! And he’s so big! It seems every time we see Drogon he’s gotten bigger. I can’t WAIT to see how big the other two dragons are, whenever they decide to bust out of that pyramid. Daenerys has gone full-dragon rider, riding Drogon and rallying her horde to sail to Westeros, like Khal Drogo promised her. She says some frankly worrying things about retaking Westeros that sort of gives credence to the “Daenerys is secretly the bad guy” theory, though. There’s no Daenerys in next week’s teaser, so we may have to wait to learn more about her conquering plans, but you guys. What if Daenerys IS the bad guy? 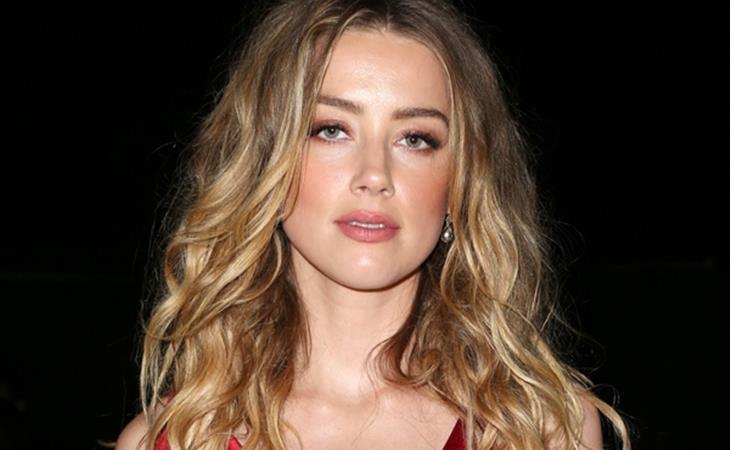 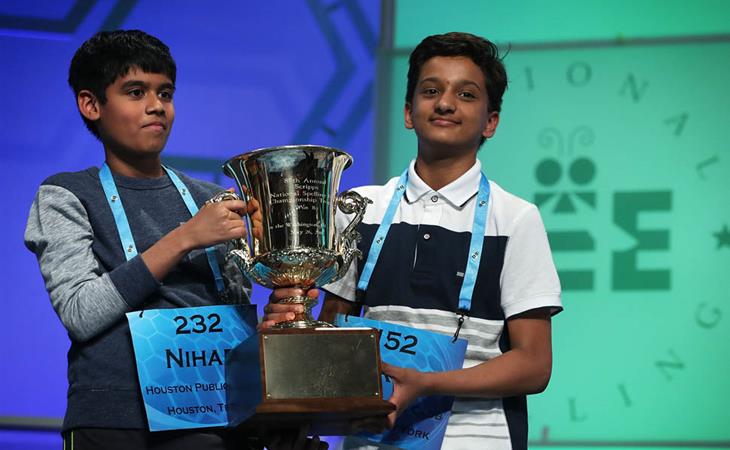