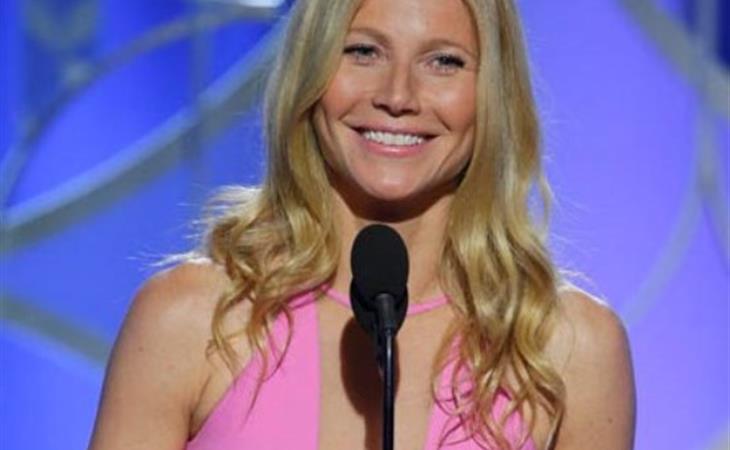 
The carpet came and went. No sign of Gwyneth. The show went longer, still no sign of my G. Then a shot during commercial break of her hanging out with Ethan Hawke and Jack Black, smiling, smug, a glimpse of pink… and I knew.

I knew we’d have to wait for her.

Because the later it goes, the closer we get to the Important Awards. And the Big Awards are usually reserved for presentation by Big Names. I know you know that that’s how it works. Then I realised Cate Blanchett was not announced to attend. Which means Best Actor Drama was wide open…

Of course, it would be Gwyneth. OF COURSE. After all, she won a Best Actress Oscar (and Golden Globe). But, juuuuuust in case all that wasn’t obvious enough for you, she gets up there, reads out the names of the nominees, and tells you…

F-CK I LOVE HER SO MUCH.

But how did she suck it so hard on the styling? This is the most basic dress I’ve seen her wear in a long time. Basic as in common. As in something Victoria Beckham would have chosen in 2005. As in welllll below standard. The colour is bullsh-t. The cut is bullsh-t. And, God, her hair… HER F-CKING HAIR!

You remember how they used to wear their hair on The Hills? All of them? All of those blondes? Pretty to the chin until the waves kicked in? My G is not that brand. My G is not Lauren Conrad!

You know what she is though?

How about a glimpse of her front hall, taken as she was on her way out the door?

Even her house hates that dress and those waves in her hair.

Oh and one more G thing that pissed me off last night – she skipped or missed the carpet, so all I can find on photo agencies are these two shots. It’s almost like she went out of her way to make me crazy. The Pink Poodle of the Globes 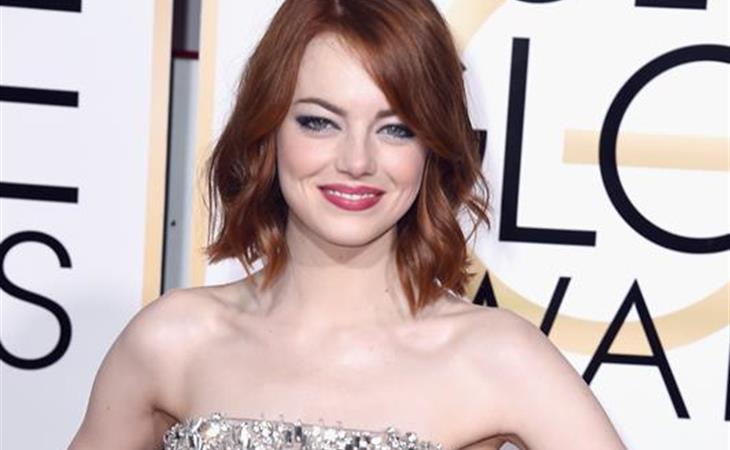