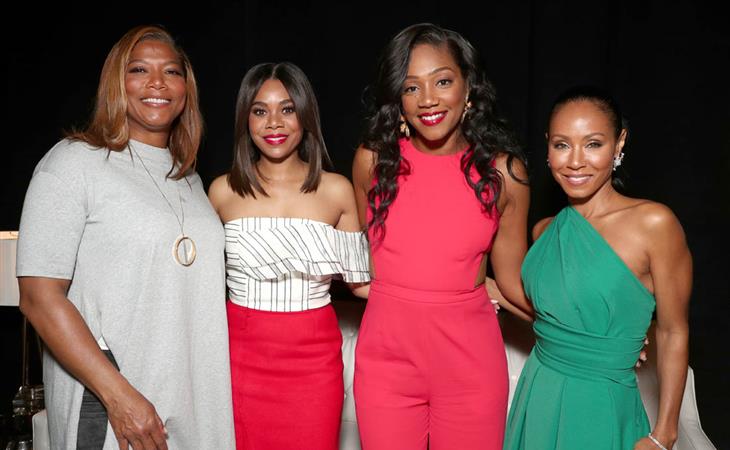 Yesterday at CinemaCon, the cast of Girls Trip made an appearance to talk about the film and introduce new footage. If you don’t know about Girls Trip, it’s the female-led raunchy comedy starring Jada Pinkett Smith, Queen Latifah, Regina Hall and Tiffany Haddish.

In the post-Bridesmaids era, “female-led raunchy comedy” might make some people roll their eyes since it seems like every comedy starring women is now labelled as “raunchy.” According to THR,  the focus of Universal’s presentation of Girls Trip, hosted by Natalie Morales, was to celebrate the idea that women can be vulgar and funny too and give a “f-ck you!” to anyone who thinks otherwise. Morales even called Christopher Hitchens, the guy who once wrote why he thought women weren’t funny, “an asshole” before introducing a reel from the studio including Bridesmaids, Trainwreck and Sisters.

When I read that tidbit, I thought about a piece in Vanity Fair from last year, “Why Are All Comedies About Women Making the Same Tired Point?”
Laura Bradley writes: At what point can we go ahead and take for granted that women are just as capable—of comedy and of rowdiness—as men are, and move instead to telling stories that are a little more original?
Bradley cites the following comedies from last summer as examples: Neighbors 2: Sorority Rising, Mike and Dave Need Wedding Dates, Bad Moms and Ghostbusters. She would probably lump Girls Trip and the upcoming Scarlett Johannsson Rough Night into the same category of overdone comedic narratives focused on debauchery and loose women.

Based on the trailer, Girls Trip does have the dirty jokes and the similar tropes we’re used to in these types of movies but there’s an obvious reason why Girls Trip is different. Four black women are the ones who get to party hard and prove they can be as funny and irreverent as men. I’m not tired of seeing films like Girls Trip because as far as I can remember, we haven’t seen it. If Mila Kunis and ScarJo can lead comedies that challenge antiquated notions of female comedy, why can’t Queen Latifah and Jada Pinkett Smith? The closest we’ve come to seeing black women in roles like these are the Best Man and Think Like a Man franchises (save for Leslie Jones in Ghostbusters). I love these movies but as their titles suggest, it’s about the men. In the Vanity Fair piece I mentioned above, the writer notes that women went from the stereotypical “doddering mothers, beleaguered wives, and shrill girlfriends” to the current “bevy of rowdy, hard-partying women.” Black women haven’t even been given that chance. While white actresses were playing mothers, wives and girlfriends, black women were playing their help. Of course, this has been changing in recent years but I don’t want to overlook the importance of seeing women of colour star in films that have been usually reserved for white women.

The trailer of this movie features a pee gag and a very prominent joke about a “booty hole” so you’re probably wondering how I turned this into a serious tangent about diverse female empowerment. All I’m saying is let black women joke about booty holes too! Someone put that on a t-shirt.

Anyway, Girls Trip looks really funny. The script was written by Black-ish creator Kenya Barris and writer Tracy Oliver and the plot revolves around four friends who go to New Orleans for the Essence Festival. Obviously, hilarity and hijinks ensue. Aside from the excitement that comes with Latifah and Jada reuniting for the first time since Set It Off, there’s a lot to love in the trailer. The opening scene where Tiffany Haddish’s mockingly says, “I’m going to need you to use your lady mouth” made me laugh so hard. At CinemaCon, Haddish also gave the best quote about the improvisation on set:

“I felt like I was on the black Curb Your Enthusiasm.”

Now, I really want someone to make the black Curb Your Enthusiasm.

Lastly, as hyped I am for female empowerment and sisterhood, etc, I need to shout out Queen Sugar’s Kofi Siriboe because GOOD LORD, that man is fine as hell. He plays Jada’s love interest and I actually had to pause the trailer at one point just to admire him. Don’t Google how old he is. It makes the ogling less fun. 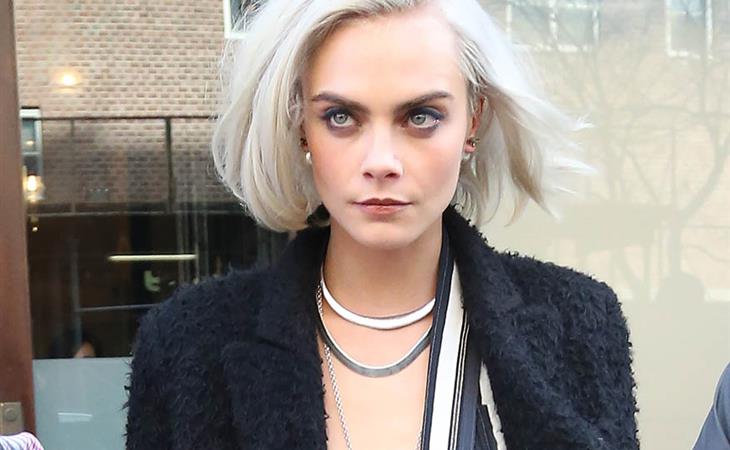 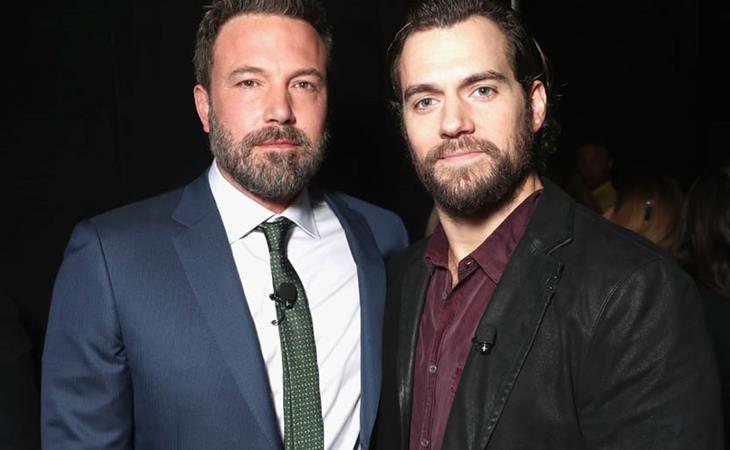