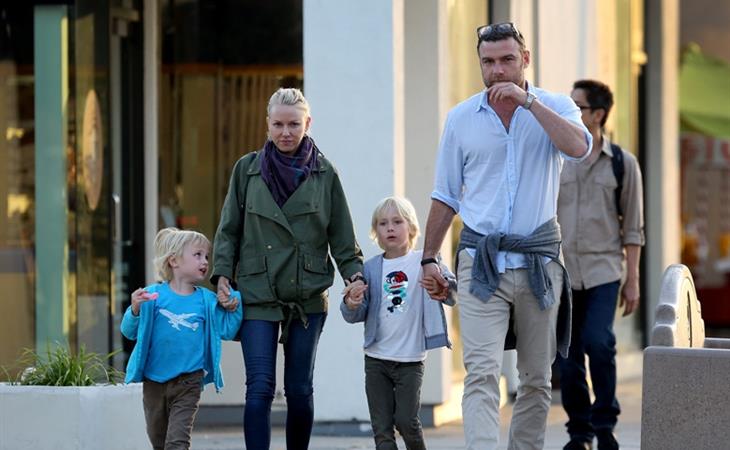 Liev is currently promoting his now Showtime series, Ray Donovan, premiering on June 30. He speaks honestly about why he was initially averse to doing television again -- because he gets bored playing the same role over and over again -- and what it was about this particular character that changed his mind.

“He’s very lonely and very isolated. The contract of marriage, sexuality, relationships, all of that stuff is outdated. Every other social group has gotten an upgrade except for the average white man, and Ray is working on old software, functioning in a world that no longer appreciates men as breadwinners and warriors, and there is a lot of pain in that.”

Then he goes on to explain that he didn’t work for a few years while his partner Naomi Watts did, following her around the world while she made movies, even though he didn’t really want to be away from New York:

“When we met, I said to Naomi, ‘I am really crazy about you, but I don’t know that I can live in L.A., and is that okay?’ ” That was in 2005. She rented her house and went to work on The Painted Veil. “Naomi forced them to hire me. She wanted to continue our relationship, and the only way to do that was to take me on the road with her,” Schreiber says with such a delighted twinkle in his eye that I ask if he’s busting chops. He’s not, he insists: “We wanted to be together, and I’m decent enough to handle that role. It wasn’t, like, total nepotism.” Thereafter, he followed her around for three years, “traveling the world and being manny to the children.”

Before you start on Liev and Porny Simpson’s freeloader -- he’s exaggerating. Liev took on at least a project every year since he and Naomi have been together, including a job in television on CSI. And he’s practically the unofficial voice of sports for ESPN and HBO. So it’s not like he sits around smoking weed all day, ahem.

As for whether or not they’re married:

They have not married, Schreiber confirms. “It’s complicated,” he says tersely, “and it’s private, too.”

Complicated and terse? Well now I’m smutty tingling. What do you think that’s all about?

And finally, on how having children has changed him:

“It has made me a better person in fits and starts,” he says. “I had been a very selfish person most of my life, and that shifts quickly and dramatically. It’s painful and fascinating and ultimately really wonderful, but I am particularly lucky because I have exquisitely beautiful, talented, brilliant children,” he says, grinning. “If I had had ugly, stupid children, it would’ve been difficult to turn that corner.”

The MiniVan Majority might be all over this in a rage about his rationale but, really, don’t all parents find their own children “exquisitely beautiful, talented, and brilliant”. It’s other peoples’ kids who can be “ugly and stupid”, right? Don’t lie. You know this. You see this. I see it at airports all the time. 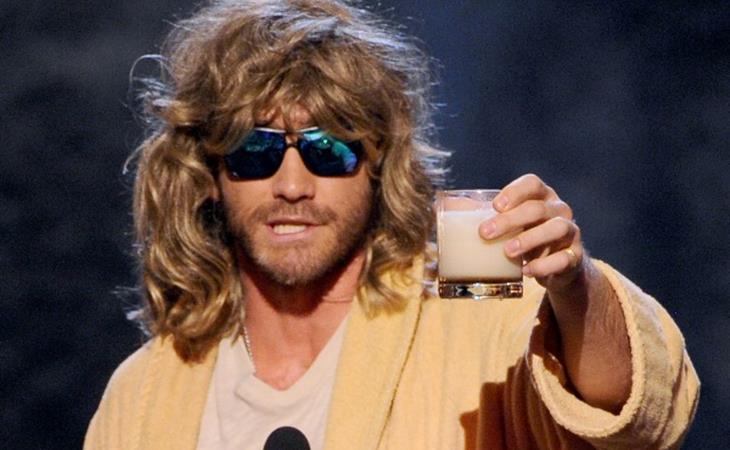 The Dude and the pinky ring Busy, You Tricked Me