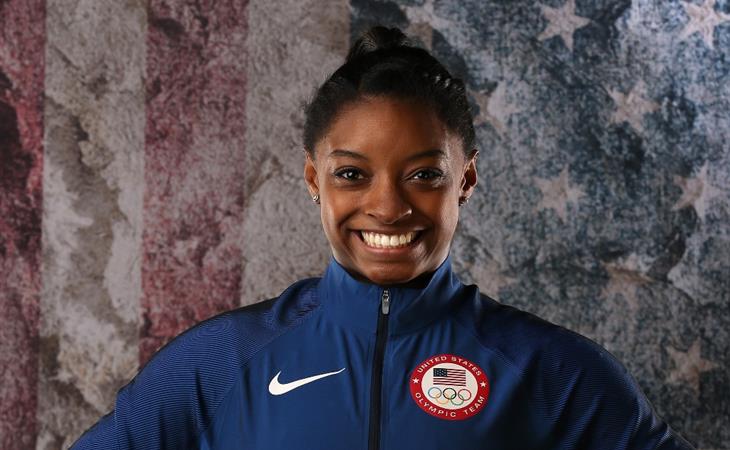 The Opening Ceremony will take place exactly a month from now, August 5, at the Olympic Games in Rio where, despite the Zika controversy, superstars will be made and legends will be re-legended… can I make up that word? Greed really is the most powerful virus. And I’m the asshole who can’t look away. I love the Olympics. If you’ve been reading this blog long enough, you know I am addicted to athletic achievement. When someone is great at sport, it makes me feel lucky to be a witness.

Michael Phelps qualified for his 5th Olympics at the US swimming trials last week in Omaha. Some consider MP to be the greatest Olympian of all time (although others dispute that claim) and since he already has so many medals, what happens in Rio won’t necessarily take away from what he’s accomplished. Simone Biles on the other hand…

A week before it was confirmed that MP would be going to the Games, Simone Biles won her 4th straight US National Championship. She is the reigning 3-time all-round world champion, the first woman in history to win three CONSECUTIVE individual all-round world titles, and the first black woman to win the world championship in gymnastics when she did it the first time in 2013. Her teammate, Gabby Douglas, was the first black woman to win the all-round title at the Olympics in 2012. Simone is the overwhelming favourite going into Rio. They’re saying she could be the greatest of all time. But that Olympic gold, in a sport like gymnastics, a main event only once every four years, counts for a lot. This is why she’s been so hyped. And why that hype will continue to build and build and build until the Games. It’s a f-ckload of pressure, part of what makes sport so intoxicating, watching athletes deliver – or sometimes not – under all that pressure.

There has already been a lot of writing about Simone Biles and we’re still a month out. The best article I’ve read so far on Simone was a profile in The New Yorker back in May. The piece documents Simone’s family history, her approach to training, her relationship with her coaches, but also the state of gymnastics today and how many people in the gymnastics community, particularly in Europe, have only grudgingly accepted Simone’s greatness. When she won her first world championship in 2013, an Italian gymnast, Carlotta Ferlito, told the media that, “next time we should paint our skin black, so we could win, too”. And a spokesperson for the Italian Federation tried to clarify Carlotta’s claims by race-splaining that, “the current trend in gymnastics, which is going toward a technique that opens up new chances to athletes of color, well known for power, while penalizing the elegance typical of Eastern Europeans”. They ended up apologising but… you know. You KNOW. Serena Williams has lived through the same sh-t.

What also gets me in the article is how the smile of a female gymnast is judged too. Simone is, literally, doing moves in combination that no one has ever done before, but if she doesn’t smile at the end of flying like crazy through the air and sticking her landings, that’s a f-cking problem. Because it’s supposed to be “artistic”. I don’t know about you but a scowl, like a straight up stank face because goddamn you just owned the arena, is more art to me than a smile. But remember, these little girls are supposed to be nice. And nice girls always smile. Nice girls aren’t supposed to show how hard they work, how proud of themselves they are. Anyway, it’s a good read and if, like me, you’ll be mainlining the Games in a month, this is homework.

By the way? Like Michael Phelps, Simone Biles was born in the Year of the Ox. I namechecked MP when I posted my Ma the Squawking Chicken’s Year of the Ox 2016 analysis for Chinese New Year. The Ox is supposed to be one of the luckiest signs during this Year of the Monkey. We’ll see how that turns out for both MP and Simone.

One of the unluckiest signs during the Year of the Monkey, as noted by my ma, is the Tiger. She herself is a Tiger. During her Tiger analysis, Ma mentioned that during the Monkey, Tigers were advised to be “extra, extra cautious this year to avoid injury, blood loss, cuts, and crashes”.

You know who’s a Tiger? Usain Bolt. He tore a hamstring during the Jamaican Olympic trials this past weekend and is trying to heal in time for the Games.

You know who else is a Tiger?

Ma also noted that Tigers could be protected by those born under the Rat or the Dragon sign. You know who’s a Rat? Amanda de Cadenet.