A new trailer for Spider-Man: Homecoming debuted yesterday at CinemaCon, the annual film industry show-and-tell, and today it’s online, bringing us more of the absolutely adorable Tom Holland as Peter Parker. And lots and LOTS of Iron Man. Anyone who’s tired of seeing RDJ all over the Marvel movies will be sorely disappointed to see him carrying a big part in Homecoming, acting as Peter’s mentor and unofficial trainer. (Are they going to address the hypocrisy of pro-Accords Stark mentoring an off-book superhero?) This trailer gives a pretty good sense of the arc being set up—after wrestling with his own “Is it the suit or is it me” demons in Iron Man 3, Tony is now passing on that hard-won knowledge to Peter, who needs to learn to be a hero without the props, too.

But there are still plenty of gadgets, including a little bug-drone—reminiscent of Falcon’s Red Wing from Civil War—and a new Iron Man suit, and a quick cut showing off how Peter gets into the suit so fast (it’s vacuum-sealed?). We also get a look at the tech of Michael Keaton’s Vulture, and a little of his Occupy Wall Street rhetoric as a villain. I’m very much looking forward to the once and future Batman playing a villain, and Keaton looks like he’s having fun.

What doesn’t look awesome is the actual cinema of the trailer. The lighting, especially, is all over the place—blown out in one scene, too dark in the next. The colors, too, bleed out or over-saturate scene to scene lacking balance. It’s not the best looking trailer, especially since Marvel has really upped their trailer game post-divorce and is obviously spending more on their finishing. But then, this isn’t a Marvel trailer. It’s a Sony trailer.

Which brings us to the uneasy alliance of Marvel and Sony. Creatively, I’ve not heard a peep, and given the strength of the character and story elements we’re seeing, I’m not worried about Homecoming being a mess. But on the production side, there have been some hiccups. Marvel has a reputation for being cheap because they don’t pay actors private island money—not even RDJ, who takes on ill-advised franchise reboots to make that kind of cash—but never mistake that for cheapness across the board. Where it matters, Marvel SPENDS. They are willing to pay to make their sh*t look good, and they make the kind of bank that allows for some spendiness when it comes to marketing.

Speaking of spending, remember last year, and Gwyneth Paltrow’s will-she-or-won’t-she role in Captain America: Civil War? At the time, I was the one who said she wasn’t in it, which was undoubtedly for reasons due to story bloat, but also at least in part because her Marvel contract is up and they’d have to pay through the nose to get her back, even for a cameo. Well, Marvel isn’t the footing the bill for Homecoming, so guess who’s back? That’s right, Pepperony lives as Pepper Potts returns to the MCU, and don’t think Sony hasn’t noticed they’re the ones on the hook for Goop’s day rate.

And that has been a problem for Sony, who has been a bit snippy about the cash flow on Homecoming. There’s been some sticker-shock about the price tag on a Marvel movie—remember that Tom Rothman, who hates superheroes and has previously short-changed the X-Men movies at Fox, is in charge at Sony—and with Sony announcing plans for a Spider-Man universe separate from the Marvel Cinematic Universe, I do wonder if this marriage might already be over. But first we’re going to get a super fun Spider-Man movie out of it, with hopefully much improved lighting. 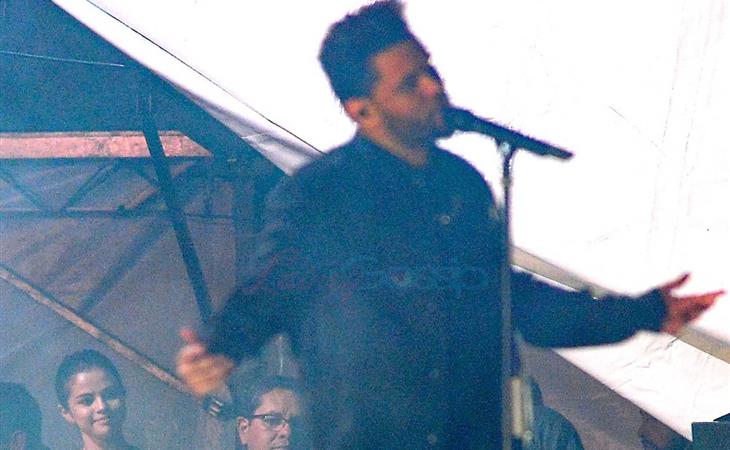