A new trailer for Blade Runner 2049 has just been released, and in case you’re wondering, yes this movie continues to look f*cking awesome. (Blade Runner is at Comic-Con on Saturday, so we might be getting even more to look at soon.) This trailer shows more of Jared Leto, playing what seems to be the villain, and Ryan Gosling getting punched through walls and cars and generally looking pretty beat down—this is the roughest he’s looked since Only God Forgives. We’re starting to get an idea of what this movie is about, and there’s talk of war and secrets and obviously Deckard knows something he’s been trying to hide since the first movie, and Robin Wright is freaking out about The Truth. I’m already on board with this, so my main question after viewing this trailer is did Jared Leto torture his castmates with his Method acting, or did Harrison Ford keep him in check?

A few weeks ago I went to a tech demo of some new Dolby stuff that’s coming to theaters, upgrading the Atmos sound system and also Dolby Vision, combining them into a premium large format called Dolby Cinema, meant to compete with IMAX and RPX. Nerd stuff, I know. But there was one big innovation that will impact your theater-going experience, and it’s not the seats rigged to jolt and rattle with the action in the movie—honestly, I see that being a problem for people prone to motion sickness—and it’s not the 360 sound of Atmos (although the sound is extremely precise in a way that canny filmmakers can really use).

The big thing they unveiled is that Dolby Vision has gotten closer to true black than any digital format yet. (True black is the killer—once digital can replicate it, film is done.) And they demonstrated this acuity by showing stuff from Blade Runner 2049, and you can immediately see the difference. A huge complaint against movies is how hard it can be to see what’s going on when scenes are shot at night (in the rain). Well, Blade Runner has some rainy night scenes and with the Dolby upgrade, you can still see the background detail in the shot. It’s amazing. The contrast in color makes those oranges and reds REALLY eye-popping, but being able to clearly see what’s happening at night in the rain without squinting is physically a relief. Dolby Cinema won’t be widely available by October when Blade Runner 2049 comes out, but keep an eye out for the title card at your local cinema announcing they’ve got in place. You WILL notice the difference. 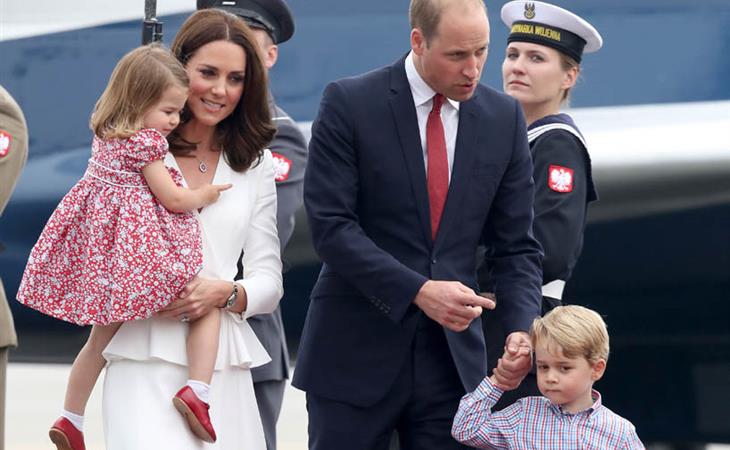 The Cambridge Four arrive in Poland