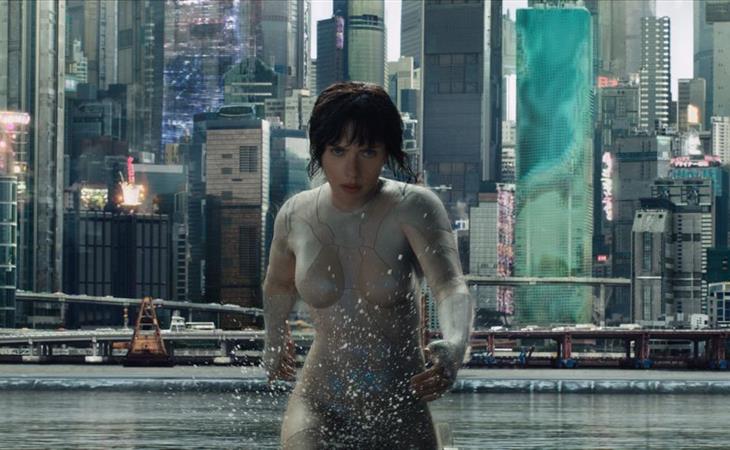 Ghost in the Shell is trying to erase its roots

The first trailer for Ghost in the Shell starring Scarlett Johansson has been released, and it checks all the boxes for a potential blockbuster: great visuals, slick action beats, electronic/rock cover of a classic song, Scarlett Johansson’s nearly naked body. The movie certainly looks cool enough, with some truly weird imagery and bizzaro elements like robot geishas and spider Matrix people, and ScarJo, who, yes, looks super hot in an almost-but-not-really transparent body suit.

It’s not a bad trailer, in and of itself, though it does make the story seem very Robocop—Shell does follow Robocop by about two years—and doesn’t really establish that this is a world where people voluntarily modify themselves with cybernetic components. I’d be more into this except Denis Villeneuve is tackling the Blade Runner universe, which will make Shell look like the fast food version of futuristic cyborg sci-fi, and you know, the whole whitewashing thing.

They only refer to ScarJo’s character as “The Major”, so maybe they’ve figured out that having a white actress playing a character named “Motoko” is a bad idea after all. And given some of the style choices, it looks like Shell could run into the same Orientalism problem as Doctor Strange. There are a lot of red flags here, the biggest of which is and always has been casting a white actress in the role of a Japanese character. And the studio knows this is a red flag and is doing everything they can to combat it, beginning with premiering the trailer at an event in Japan, as if to say, “See, they’re totally cool with it, nothing to see here.” Yes, ScarJo is very popular in Japan, but as Constance Wu once noted, people of color are susceptible to color bias, too.

Another tactic is having the director, Rupert Sanders, publicly double down on the casting. I actually hate people asking directors and actors about this, because they’re never going to say anything other than some variation of “I support the decision we made.” And no matter how Sanders phrases it—“I was given the freedom to cast this movie as I wanted”—these decisions get made over the director’s head. Despite its popular anime roots, a movie like Ghost is a gamble. It’s not widely known in the American mainstream, it’s kind of a weird concept, it’s a female lead. There’s a lot stacked against Shell when a studio is considering putting up the money for a project like this.

Which goes to something I noticed when ScarJo’s involvement was first announced: The only names that were publicly associated with “The Major”—PLEASE let’s not ignore they are erasing her Japanese name entirely here—were white actresses. So Sanders could cast however he wanted, as long as he chose from a pre-selected list. Someone please ask Sanders during the press for this movie: Were any Asian actresses seriously considered for this role? And I’m not talking about a name tossed out in a meeting, I mean, did you at any time meet with an Asian actress? Was an Asian actress invited to screentest? Or did you just work off a list handed to you of recognizable white actresses?

That’s not without merit, but Motoko Kusanagi is the hero of the story, and IT MATTERS who we call our heroes. Especially now, when we’re in so much danger of backsliding, IT MATTERS that we celebrate diverse heroes, that ANY kid, from ANYWHERE, can look up at a movie poster and see themselves reflected back in the face of a hero. So maybe the better move here would have been to get Liam Neeson to play a supporting role while a comparatively unknown Asian actress took center stage. 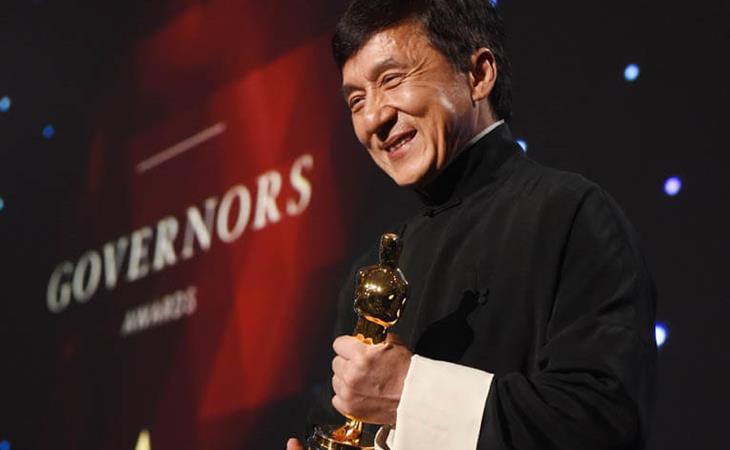 Jackie Chan gets his Oscar 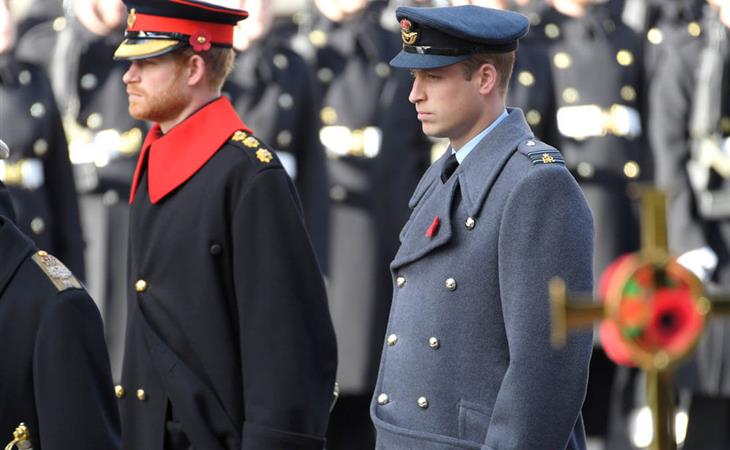