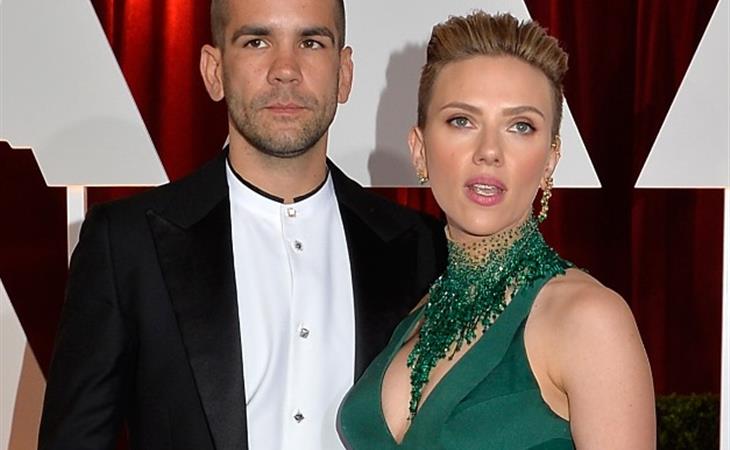 PEOPLE broke the news yesterday that Scarlett Johansson and her husband Romain Dauriac have separated. There was no statement from a publicist. PEOPLE cited a source who confirmed the breakup. And, as I noted in my post yesterday, they would never have reported it without checking in with Scarlett’s team first. The fact that PEOPLE went ahead with the story basically means that it had been cleared.

A few hours after that exclusive, Scarlett and Romain stepped out together at an art exhibit in New York. They even posed for photos. You can see those here. Neither one seems all that willing to show their left hand. But the timing is interesting. They would have known what was out there, they would have known about the headlines. And so the joint appearance is a statement – we’re over but it’s not ugly. It’s not Brange. It’s not Johnny and Amber.

If it’s not that then, what is it? Yesterday PEOPLE claimed that Scarjo and Romain have been done since the summer. In a follow-up piece post today, according to PEOPLE, yet again:

A source in Dauriac’s circle tells PEOPLE, “I’ve been expecting this for some time. Romain and Scarlett has never made sense to me. They aren’t equals. There’s always been something wrong with this picture.”

According to US Weekly:

“Scarlett initiated splitting up and made the decision,” a source told Us. “She felt like they didn’t have much in common as far as lifestyle.” However, they plan to amicably coparent their 2-year-old daughter, Rose. “She feels blessed to have a daughter,” the insider added.

Only last month though, they were not only in Paris promoting their popcorn shoppe together, but here’s a photo of them from the shoppe’s Facebook page:

So was it really a summer split? Or was it a recent split? Whatever the timing, I totally believe it was a Scarjo split. That she was the one who called it. That she’s the one who’s been calling it. Which is why one of his friends is now talking about how they were mismatched and not equals. Scarjo is not a girl you can hold down, at least not anymore. She’s talked before about being there at 2am waiting for someone to text back, how she’s been to rock bottom in love and isn’t interested in going back. We’ve seen this now in both her marriages. Her relationship with Ryan Reynolds lasted about the same amount of time as her relationship with Romain. Scarjo gets restless. So who’s next? 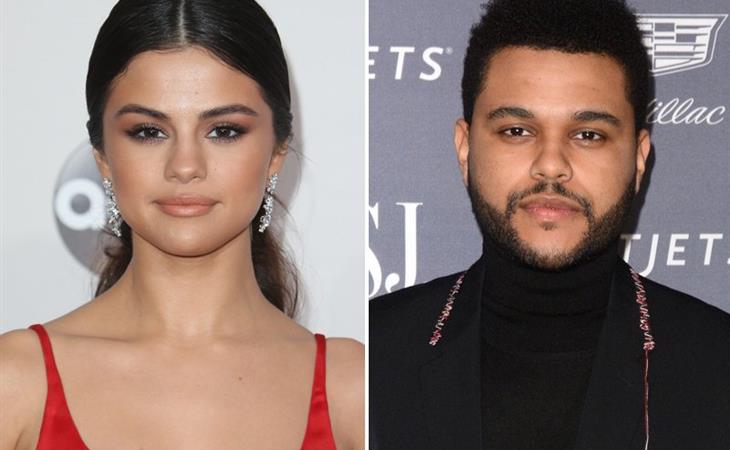