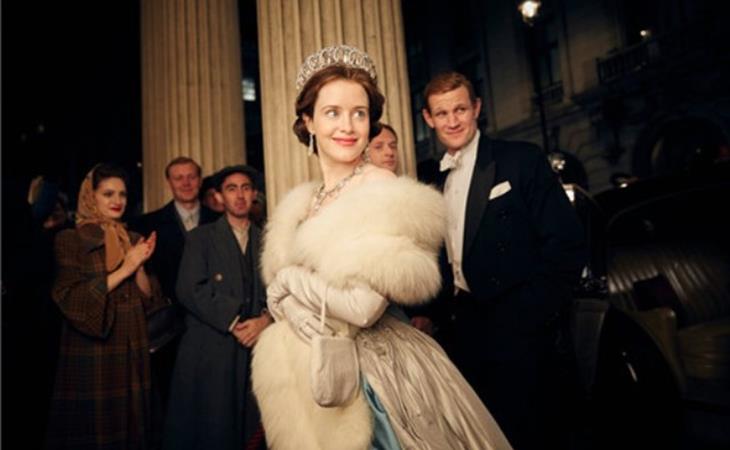 The Crown is allegedly the most expensive TV show ever made— definitely the most expensive for Netflix to date—and its hefty price tag is obvious from the opening moments of the first episode. Every cent is up there on screen, with locations that take in the plains of South Africa, the shores of Malta, and the drawing rooms and stately apartments of Windsor Castle, Buckingham Palace, and the other homes of Britain’s royal family. Undoubtedly most of that enormous budget went to location renting and set dressing, and exact replicas of the royal family’s jewels, including the crown jewels, which, if I directed this show, would be in every goddamn shot regardless of context. The Crown is unbelievably gorgeous to look at, like Downton Abbey on steroids.

Telling the story of the first years of Queen Elizabeth II’s reign, The Crown begins at the royal wedding of then Princess Elizabeth and Philip Mountbatten. Claire Foy (Wolfe Hall) stars as Elizabeth, and Matt Smith (Doctor Who) as Philip, and they are spectacular. Foy is nothing short of extraordinary, capturing the contained turmoil of a public figure thrust into the spotlight and threatening to be consumed by the legacy to which she belongs. And don’t underrate Smith’s performance as Philip. Smith, himself a tall handsome fellow like Prince Philip, plays Philip as a dashing charmer who sours on his wife’s position as it becomes clear he will never get out of her shadow.

In fact, this is where The Crown is strongest, when focused on the domestic drama between Elizabeth and Philip. Early episodes capture their role reversal, as Elizabeth is shown to be, essentially, a daughter who is taking over her father’s business, and Philip is the middle-manager she married. He wants to walk beside her, but that’s never going to be allowed because her authority must be absolute.

Philip gives up the things that women traditionally gave up in marriage—name, career, individuality. That’s less the case now, but they married in 1947, when it was absolutely assumed a wife would take a husband’s name, and stay at home and raise children. Their role reversal is clearly defined, as is the irony that Philip can’t handle doing the very things women have done for thousands of years as a simple matter of course. He turns into a great big crybaby because his wife’s life doesn’t revolve around him.

The best parts of The Crown explore how duty slowly wears away at every other bond as Elizabeth’s role as queen usurps every aspect of her personality—daughter, sister, wife, mother (her children are almost an afterthought). The crown allows no loyalty except unto itself, and as her reign progresses, Elizabeth finds herself increasingly isolated. Tradition prevents her from even naming a trusted friend as her personal secretary, and at every turn her attempts to put her own stamp on the monarchy are thwarted.

Individuality is not allowed, which becomes the mantra of the dour grey men who manage the queen’s affairs. The specter of abdication looms over Elizabeth, and it’s both cautionary tale of what happens when a monarch puts their own wants ahead of the crown’s, and a club used to keep Princess Margaret (Vanessa Kirby, Genius) in line. The Duke of Windsor (Alex Jennings, who also played Prince Charles in Stephen Frears’ The Queen) even shows up, to remind everyone of what happens when duty is not honored first and foremost.

Where The Crown stumbles is when it moves away from the domestic storylines and deals with actual political events. John Lithgow is f*cking stupendous as Winston Churchill, but Churchill arguing with political rivals is not as engaging as Elizabeth and Princess Margaret tearing strips off one another about who their father loved most, or Elizabeth and Philip trying to find an even keel.

The entire show is very well written—the sole writing credit belongs to series creator Peter Morgan—but not all the material is equally fascinating. It is, oddly enough, more compelling to watch people argue over seating arrangements than check in on what was happening in Egypt in 1952. The Crown doesn’t want to be a soap opera—and it doesn’t need to be—but it’s not as good at blending family strife and political drama as, say, Game of Thrones. That’s largely because Elizabeth’s role within the government forces her to be a bystander, so real world events are brought up but ultimately she has nothing to do with them. That’s just not as compelling as the stuff she can directly influence, like her relationships with Margaret and Philip.

But when The Crown shines, it SHINES. By the time Elizabeth’s marriage is strained to the breaking point and Margaret is in open revolt over her thwarted romance with Peter Townsend (Ben Miles, Coupling), the show is clicking along at an enjoyably escapist clip. With ludicrously beautiful settings and absolutely ridiculous costume design (courtesy Michele Clapton, who also does much of the designing for Game of Thrones), and some really crazy cinematography from Ole Bratt Birkeland and Adriano Goldman, this is an incredibly beautiful show to watch.

Elizabeth doesn’t choose to be a leader, she is thrust into the role by circumstance, and the best drama comes from showing what happens to those around her as she learns to embrace and wield her power even as it takes a toll on her personal relationships. The Crown is an impressive piece of legacy authoring for a still-living subject, but even viewing “Elizabeth” as a fictional character, it’s still a fascinating character study of a woman embracing duty above all else. And goddamn, it really is the best-looking TV show of the year. 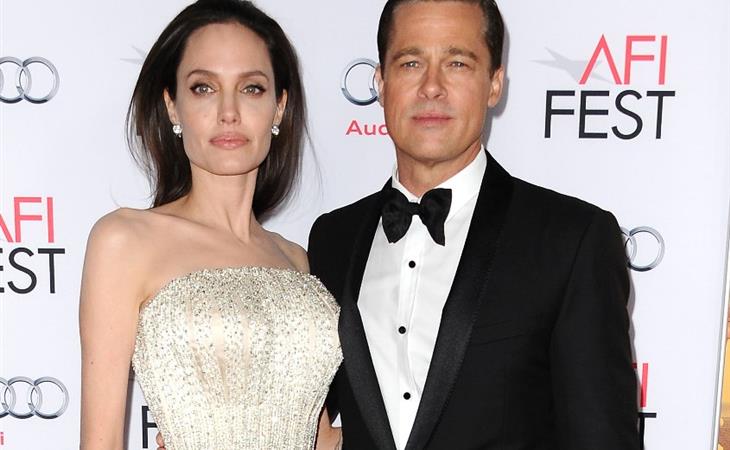 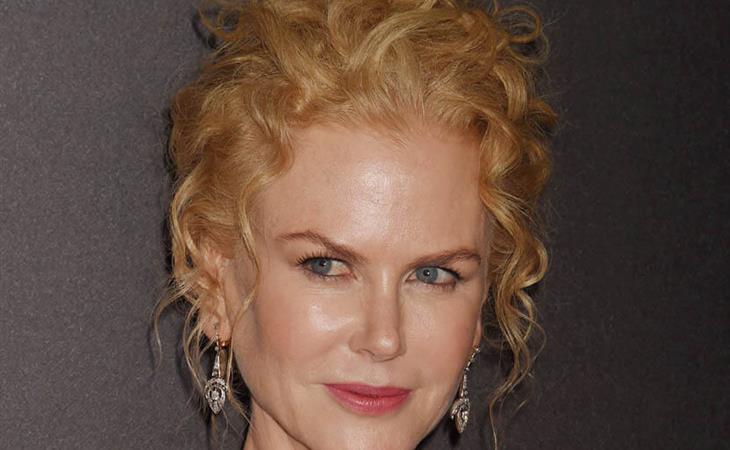