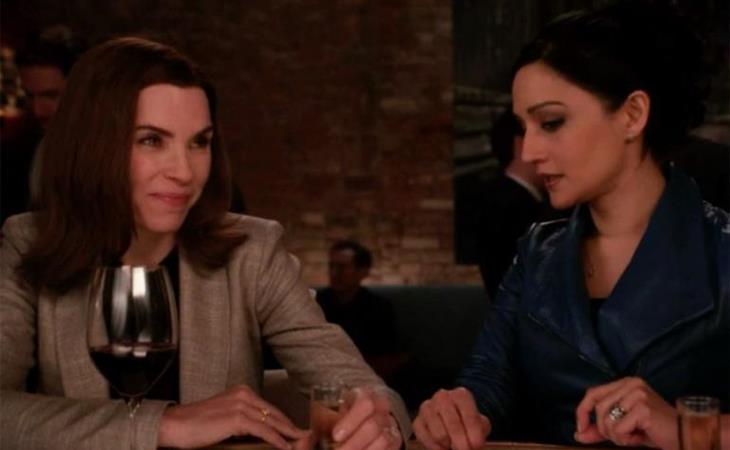 A few months ago, Duana wrote about The Good Wife season finale, and Kalinda/Archie Panjabi’s final episode – click here for a refresher. What I particularly loved about Duana’s take on it wasn’t just the analysis of Kalicia-gate (Archie and Julianna Margulies had not appeared in a scene together for 3 seasons, including the final bar scene), but that she spoke to how much the lack of interaction between the characters affected the storylines and the dramatic elements that make for good TV.

The actresses clearly have a serious problem with one another, I don’t think that’s even a question at this point, and that problem manifested itself in the writing and storylines – Alicia and Kalinda spent 3 seasons on the phone, which doesn’t make for compelling television.

Yesterday, TVLine’s Michael Ausiello, an experienced TV reporter, posted an excerpt from an interview with creators Robert and Michelle King – it is the first time they have spoken on Kalicia-gate. Ausiello has a fantastic reputation and is an authority with his scoop (he was the first to confirm that Archie and Julianna were not on set together to film that now-infamous final scene). He knows his sh-t, this is not a junket interview with a morning show.

Ausiello gives Michelle and Robert a clear opening – he addresses the “elephant in the room” – and how having to keep the actresses physically separated impacted the storytelling, including a major death and Cary’s dumb prison storyline. Their answer?

It was a treat! They love writing real-life elements into the show, like pregnancy. And they bring up the fact that season 5 was incredibly strong (it was – season 6 was not).

This was their out – their chance to show some humility and say, “Sometimes, as showrunners, we have unexpected circumstances to weave into the show. We did the best we could with everyone’s availability.” But no, they dug in their heels. It’s their livelihood, their baby, so I get that. But it wasn’t a creative gift to have two actresses feuding. Come on!

Michael then brings up their promise of a satisfying conclusion for Kalinda and how many viewers felt duped by the bar scene, which was painfully cut-and-pasted together. Robert sticks to his guns on the storytelling element, painting it all as Alicia’s journey to get over the revelation that Kalinda slept with Peter. Which happened in season 2. They appeared together in season 4 (BuzzFeed has done a great job of tracking them). But Ausiello, being a great interviewer, goes back to them to say that no, it’s not the storyline that made people feel duped, it was the execution of the storyline.

This is where the interview gets prickly. In an attempt to assure viewers that they were not duped, they double-down on their excuses. Michelle asserts that green screen is used all the time, like in car scenes. Really?! At one point, Robert says, "Just so we’re clear, Josh wasn’t really killed. We faked those gunshots.”

Yes, we know that actors aren’t literally killed on set, thanks Robert. We know that cars aren’t really being driven on a busy city street. No need to explain how the big talking box works. We think we got it.

What’s harder to understand is why, as showrunners, you allowed such animosity to fester to the point that you had to use janky cut-and-paste technology to say goodbye to one of the stars on the show – a fan favourite, at that.

Robert and Michelle try to placate it by throwing back to the Will/Josh Charles storyline, which no one felt duped by. People were devastated and sad, but no one was mad at the trickery. Because it wasn’t trickery, it wasn’t physically manipulating a scene to try to skirt around an interpersonal conflict. At one point Robert says, “If there was any point where the fans maybe should’ve felt duped, it was when Josh Charles left the show.” Nice diversion tactic. Stop bringing up Will, no one is mad about the Will storyline!

But what really gets Robert pissy is the idea of “gossip.” He brings it up a few times in the interview – he won’t engage in gossip, he doesn’t want the show attached to gossip, and he won’t get into the gossip. Because, what, his fans are a bunch of clucking hens who can’t enjoy a show unless they know everyone’s secrets?

Do you know what courted the gossip? The showrunners not being able to rein in two stars of the show for one single scene. By coddling and placating one (or both) of them, they let the questions bubble up and, without being able to get them on set (for one single scene!), they facilitated the gossip. And with this condescending interview, they will set it into overdrive. (I am petty so of course I would love to know what really happened, but I would have been satisfied with a good ending for Kalinda. Also, you know who else seems to kind of like the gossip? Archie.)

But what Michelle and Robert seem so intent to avoid is the very idea of show business. Gossip is part of the game. The Good Wife is on CBS, you should be thrilled people are paying as much attention to you as a premium cable show. Enough with the sanctimony. Gossip is not the problem with The Good Wife right now; the problem is with the way you tried to manipulate the viewers, and you still try.

Michelle and Robert need to take a page from Shonda, who has had to write off/kill a few major characters because of interpersonal conflicts and on-set drama. Shonda doesn’t engage in it, but she doesn’t shy away from it either. She doesn’t act all thrilled when one of her actors goes rogue, but she handles it. There is no mistaking that she is the boss and if you want to live in Shondaland, you better play nice. If not, she won’t make excuses about how excited she was to be faced with the challenge of killing off an actor. Needs must, right?

Michelle and Robert are being willfully obtuse and evasive, and in doing that they’ve cheapened the audiences relationship with the characters. They’ve made the audience feel foolish for waiting on Kalicia. But there’s a lot of TV. Any one of us can think of 10 shows we want to watch and 5 shows we need to catch up on at any given time. So why would I give my time to a show that can’t even get a bar scene done?

Click here to read the entire interview at TVLine. 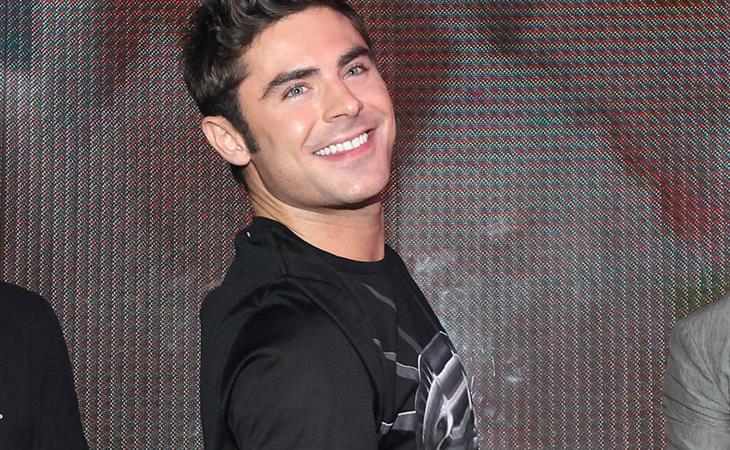 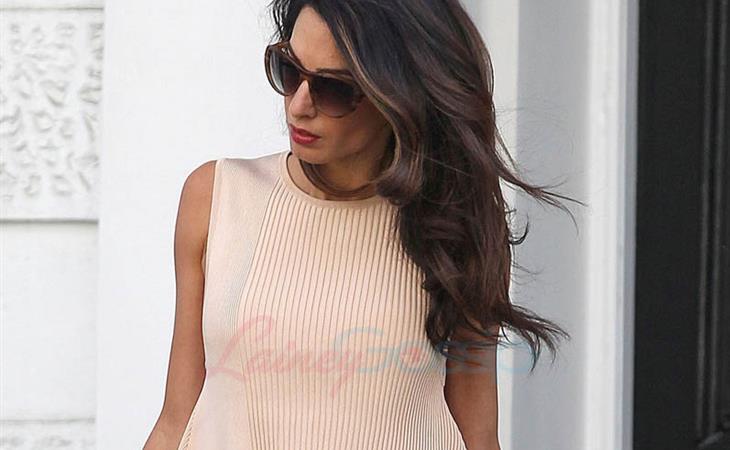