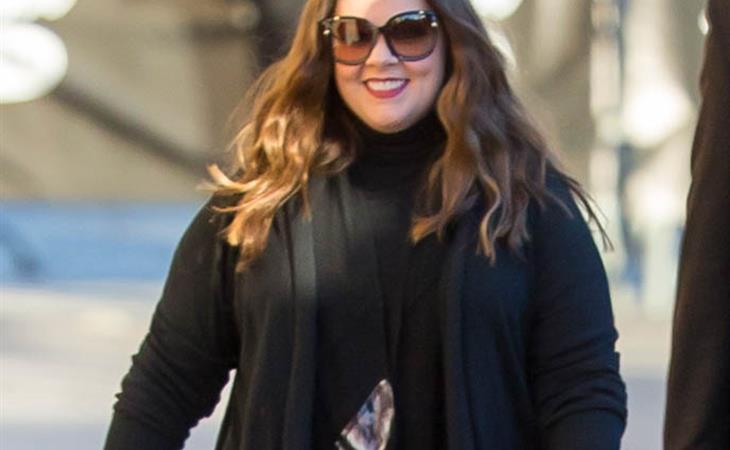 Groan, right? Obviously. But it’s actually an interesting headline simply because of the language used – usually the discussion around an actress’s weight is fluffed up a bit with words like “svelte”, “post baby body”, “healthy”, “toned”, “trim.” The consensus is to stay away from words like skinny, unless it’s a negative connotation, like “scary skinny!” You can be skinny, just not scary skinny. The distinction between skinny and scary skinny is most likely a boob job, but I digress.

Melissa McCarthy has lost weight? Or hasn’t? I don’t know, I always skip the “diet” articles, because I think they are ridiculous and useless and boring. We talk about what actresses eat and don’t eat and how much they workout ad nauseam. To quote Kate Winslet, talking about someone’s weight is a bit vulgar, isn’t it?

That’s why I’m annoyed on Melissa’s behalf; the “slim, even under multiple layers” headline is supposed to be praise but is actually terribly condescending. It implies that looking thin was her goal, and that in achieving that goal, she pulled off some sort of Houdini-esque triumph. She’s wearing a turtleneck and a cape in the winter. She’s not dressed in 18 layers. Ladies, to keep off the bulk try going without a coat this winter. Slimming!

Body image talk in Hollywood is always touchy topic, not just because of the inane stories that get churned out but also because there’s a double standard set by the publicity machine. We know the routine so well now – an actress sits down for an interview and talks about mainlining fast food and we are supposed to be charmed. (Unless that actress is Mindy Kaling, then her jam intake is recorded for a profile in a very fancy magazine.)

The body, the post-baby body, the post-workout body, the post-anything body, is an endless source of obsession, and it can oftentimes be fueled by pre-arranged pap shots at the gym and Photoshopped selfies. I don’t blame the actresses for it, really. It’s hard to imagine how consuming weight must be when your job sometimes, oftentimes, depends on it. It’s the double speak that comes from some of them that is frustrating, but I look at it like Scale Stockholm Syndrome. Of course they are going to say they love green juice as much as cupcakes and that they work out 3 times a week for 20 minutes and have pizza on the weekend, because to say anything else implies vanity or desperation. (Save for Gwyneth, one of the only ones who is upfront about her 2 hour a day sessions and cleansing.) They have to be beautiful and thin, but they can’t ever show they work at it.

The interest in Melissa’s post-success body (that’s a new one I just came up with) has always been high, simply because so few famous women look like her (as in, a very typical body you see every day in the real world). Magazine headlines want to tell you that Melissa McCarthy has “amazing self-esteem” because the default assumption is that she shouldn’t have any self-esteem. And that’s where the “slim under layers” comes in. It’s like people are amazed she can dress herself, even though she has proven to be very fashion savvy with her clothing line (sizes 4-28). She also went to a prestigious fashion school, FIT. Melissa McCarthy knows more about cuts, and layering, and sizing, and clothing, than most people. I’m looking forward to seeing what she pulls out for The Boss’s press tour. I’m not looking forward to the upcoming barrage of “trim”, “healthy” and “svelte” headlines that are digs disguised as compliments. 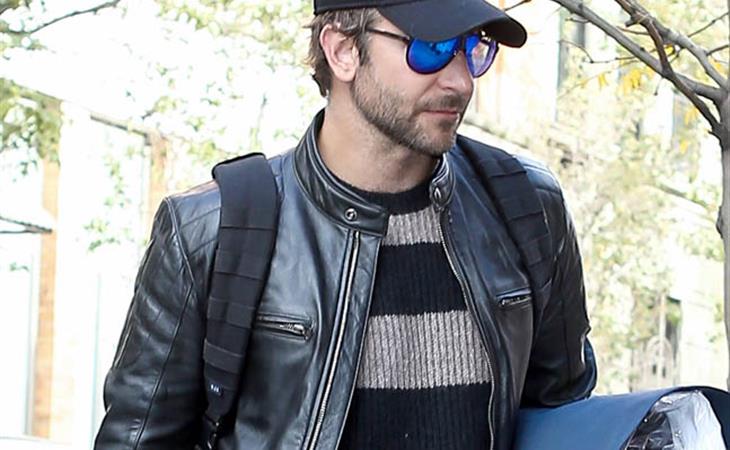