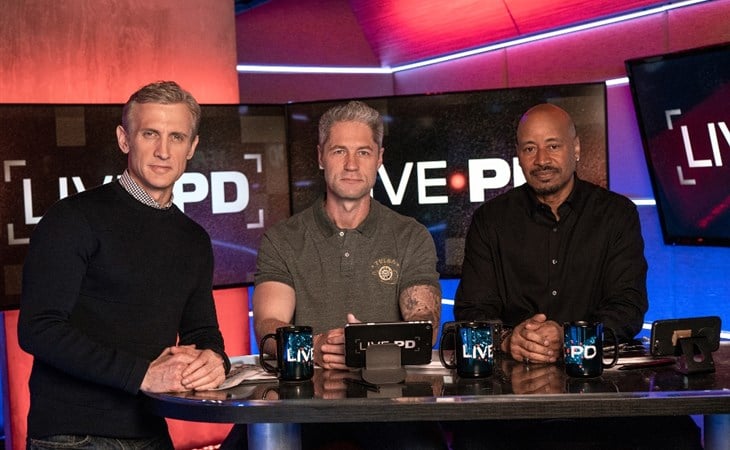 Alongside demonstrations about police brutality is the curious case of “copaganda”, or Hollywood’s close, cozy relationship with policing as an institution—one that is overwhelming centered on white cops and always portrays police as the unquestioned good guys in every scenario—and how to move forward with cop shows at a time when a lot of people seem thoroughly sick of the police. How do you run shows like Law & Order, Chicago PD, or any CBS procedural when people are calling to defund the police? Well, in the case of reality TV copaganda like long-running staple Cops and A&E’s more recent breakout hit, Live PD, you don’t. Cops has been cancelled outright after 32 seasons, and Live PD is on hiatus while producers and A&E figure out what to do.

Cops is an easy case—the show is ugly, exploitative poverty porn and it should have been off the air long ago. There is also a HUGE question mark as to how truthful Cops is, an issue explored by the podcast Running From Cops. At the very least, Cops is guilty of the kind of in-the-moment manipulation used by all successful reality shows, skewing “scenes” and editing timing for maximum benefit. At worst, it might be guilty of the kind of staging that makes a show less “reality” and more “TV”. Either way, it is definitely presenting racial biases, over-hyping drug charges (many of which are based on false positives and dropped later), and exploiting underserved communities for the entertainment of those residing in higher socio-economic castes.

Live PD, however, is a whole other kettle of fish. This show is the most popular Friday AND Saturday night show on cable, and it is also embroiled in controversy relating to the death of Javier Ambler in Austin, Texas at the hands of Williamson County sheriff’s deputies. A Live PD crew riding with those deputies got footage of Ambler, seen on body-camera footage pleading for his life, dying after being tased multiple times. The show destroyed their footage, though, citing a policy of destroying all unused footage so it “can’t be used against civilians” later. But this is not hours of idle time in a cop car, or a foot chase that results in no arrest, or a door-knock when no one is home. A man DIED, he died pleading with deputies to stop tasing him, telling them he had a heart condition. Just because body-cam footage also exists doesn’t matter, is there not a moral obligation here? What does a reality cop show owe to the victims of police violence? Until that question can be answered, Live PD is off the air.

But what to do about police procedurals? They’re a staple of television, and have been since the very beginning, with shows like Dragnet (which was adapted from a popular radio show) and The Untouchables representing early hits for the dawning days of TV, while Hill Street Blues made cop shows into proper dramas. How do we begin to untangle our relationship as viewers from these shows? One of my favorite shows of all time is Justified, and lately I’ve been wondering if it is more or less bad than other cop shows because it gives equal time and sympathy to the criminals, and also Raylan Givens, the “hero”, is a morally compromised and pretty well corrupt officer of the law. Still, Raylan always comes out on top and the perspective of the show is overwhelmingly white, so it’s hardly a bastion of progressive, anti-copaganda ideals (although it does eerily predict Trump’s America six years before it happened). And what about shows like Brooklyn 99, which is a workplace comedy set in a police precinct? It has tackled issues like racial profiling in the past, and has a diverse cast of characters, but at the end of the day, Brooklyn 99 portrays police as lovable goofs.

One thing is clear, and that is that it’s a great time for the Perry Mason reboot, since Perry Mason is famously not a cop, but a defense lawyer, but there is still a question of how shows like this fit into copaganda. There are many shows built on the narrative framework of a police procedural that are not actually about cops, such as Perry Mason, in which cops are frequently corrupt; Murder, She Wrote, in which cops are almost always wrong; and Supernatural, in which cops are usually clueless. Then there are shows built on the Sherlock formula of a gifted outsider aiding hapless cops, like Castle, The Mentalist, Elementary (an actual Sherlock show), Monk, and Psych. And still more shows depict the complicated nature of policing such as The Wire and True Detective. Are these shows somehow better than straightforward procedurals like Law & Order and Chicago PD?

Again, I have no answers. Unwinding Hollywood’s Gordian knot of a love affair with policing in America will not happen overnight (and will only get more complex when we add in pro-military Hollywood propaganda like Top Gun and basically every superhero movie). What is obvious is that we have to rethink our relationship with policing in pop culture, and how the almost monolithic Hollywood portrayal of cops as good guys struggling against a broken system fits into a reality that is stunningly permissive of police violence. I’m not saying burn all the cop shows—people like these shows for a reason, and I think there is catharsis in seeing the system work on TV when we know it so often doesn’t in reality—but clearly there needs to be a fundamental shift in tone. At the very least, reality shows like Cops and Live PD, which open up doors of morality and duty to victims they do not want to go through, should be held accountable for how they prop up a broken system. 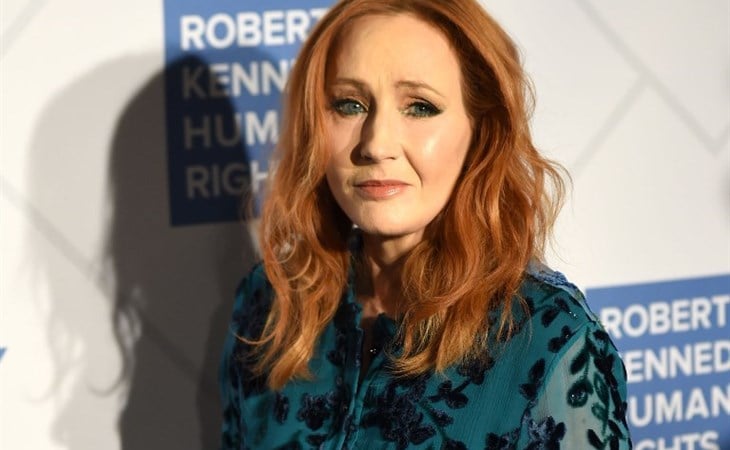 Harry Potter and the 3,600-word Essay of Transphobia